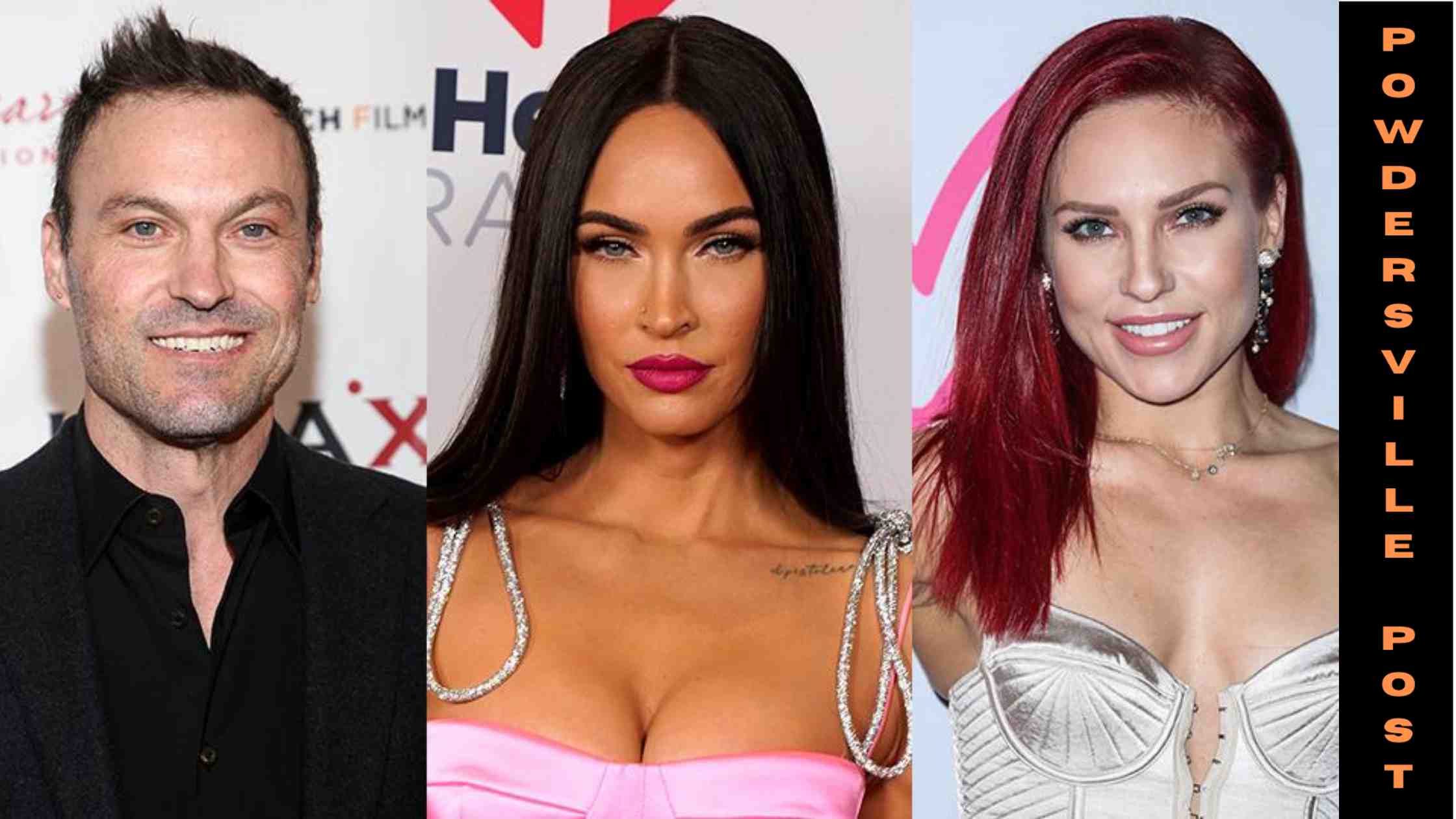 Sharna Burgess is an Australian ballroom dancer and the Dancing with Stars champion. Her full name is Sharna May Burgess.

She is currently dating Brian Austin Green, and they are expecting their first child together and Brian’s fifth kid. Brian Austin Green is an American Actor. His net worth is $8 Million. Earlier, Brian Green was married to Megan Fox, and they had three children together, but they parted ways in 2020 and ultimately divorced.

They officially announced this news after Megan announced her engagement to Machine Gun Kelly, whose real name is Colson Baker. Sharna Burgess and Brian Austin Green’s dating rumors started spreading in December 2020, when someone shot their photo while spending their holiday together in Hawaii. They have been in a relationship for one year. They celebrated their first anniversary by honoring each other on their Instagram handle.

When some followers asked her about the kids’ reaction to the new family member, Sharna Burgess revealed that they are connected very beautifully. She further shared that Brian’s children come every morning to give him kisses and wish him good morning. They are waiting for their new brother very impatiently. Every day, they asked her when their new brother would arrive. Writing the answers about their bond made Sharna Burgess emotional. Brian’s children are already attached to their new would-be brother.

Sharna Burgess’s response to her fan

Some fans are still interested in Brian’s previous marriage. Recently, Sharna Burgess put an AMA story on her Instagram where a fan asked Sharna Burgess about following in the footsteps of Brian Austin Green’s ex, Megan Fox.

In response to the question, she posted a message saying that she does not usually answer personal questions like this. Many women compare themselves to their ex-partners, and most women compare themselves to other women. Because women are creatures who are never happy with themselves, they are not satisfied with what they have, and they always want what others have. Women are judged by their weight, looks, and color.

She further wrote that Megan is an amazing woman, and she is unique in her way. Following in the footsteps of her boyfriend’s ex is a horrible thing. If someone follows this path, its ultimate result is the end of a relationship. She advised the fan by saying that one should not follow in the footsteps of others but walk on the path of their choice.

Women are lovely and powerful creatures. She said so many good things to other women. She further wrote that women should help each other and lift each other. All women should respect their fellow women. Living in a community with women is a pleasure.

Finally, she responded to the question by saying she does not follow Megan, but the one questioning is following her. The rest of her AMA(Ask me Anything) questions were about her pregnancy.