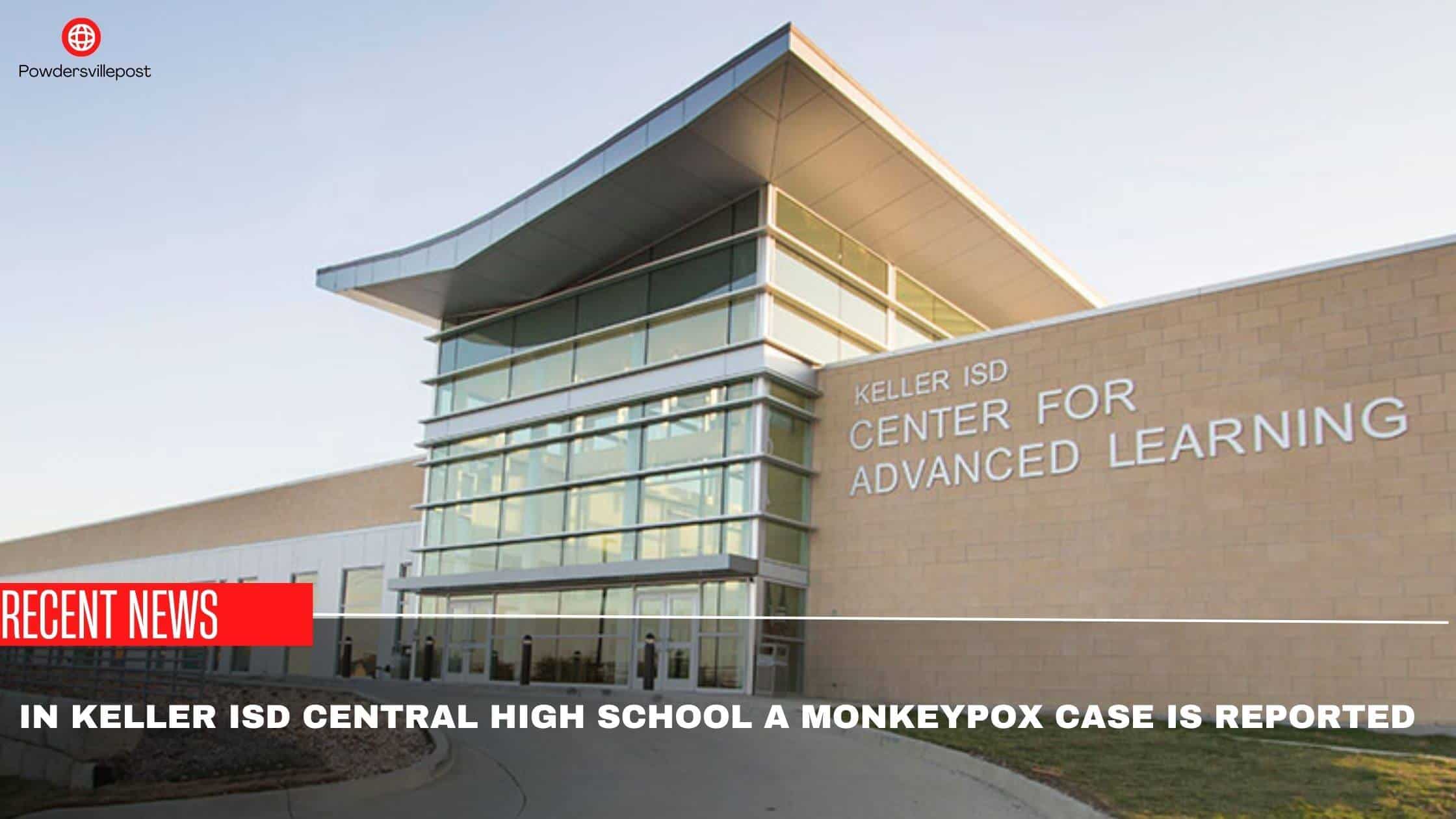 You all must be aware of the pace at which monkeypox is spreading.

There has been a recent outbreak of monkeypox in the central high school of Keller, Texas.

Despite the school’s effort in sanitizing the entire campus to mitigate the spread of monkeypox, the outbreak has occurred.

A reported member of the community has been diagnosed with this deadly monkeypox and thereafter adequate precautionary measures are taken by the Keller school district officials. This diagnosis was reported by the WFAA.  Although specific information as to who was diagnosed has not yet been released by the WFAA, sufficient measures have been taken to intimate all the staff members and the parents of the students as intimated by Tarrant County Public Health.

Monkeypox spreads widely when suspected to the skin to skin contact but according to medical experts, the rate of spread of monkeypox among students on the school premises should be significantly low.

As of the first week of July, there were around one hundred and one cases in the Tarrant public health report and around 1500 cases in and around Texas.

There has been a huge increase in the pace at which the virus is spreading among the locals in the recent past.

Owing to this spread among the locals, precautionary measures have been dictated by the Centre for Disease Control and Prevention which has released many guidance statements for schools and daycare institutions to help mitigate the spread of monkeypox among children.

These institutions were advised to isolate any children who show even the smallest of symptoms to prevent the spread of the virus. Private spaces are being arranged by the county to isolate these infected children and the health care officials decide when they can return to the normal setting.

Although the symptoms of monkeypox vary for every single individual, some of the common symptoms include rashes, fever, sudden chills, muscle aches, body aches, severe headaches, itchiness, and sore throat.

After being exposed to the virus, you might start seeing visible results of the symptoms within twenty-one to thirty days followed by rashes within three to four days. Once you experience any of these symptoms, you have to consult a health provider or medical expert immediately to prevent the severity of the disease.

Although the recent spread of monkeypox in the Keller district school was officially confirmed, specific details as to whether the students it employees have been infected have not yet been released by the health providers.

The Biden administration has issued a statement stating monkeypox is a public health emergency. The Government has started issuing vaccinations to protect people against the spread of this deadly virus. Vaccination slots have been allotted to the people by Dallas county.

The Public Health Epidemiology Division of Tarrant county has been currently investigating the situation of Monkeypox, especially in the school area to prevent the susceptibility of children to acquiring this disease. Around 650 cases have been reported in the North Texas region itself.

The CDC has ensured ways in which you can protect yourself from getting affected by this virus. Although these remedy measures may sound simple and common, if you follow the same properly you will be safe from monkeypox.