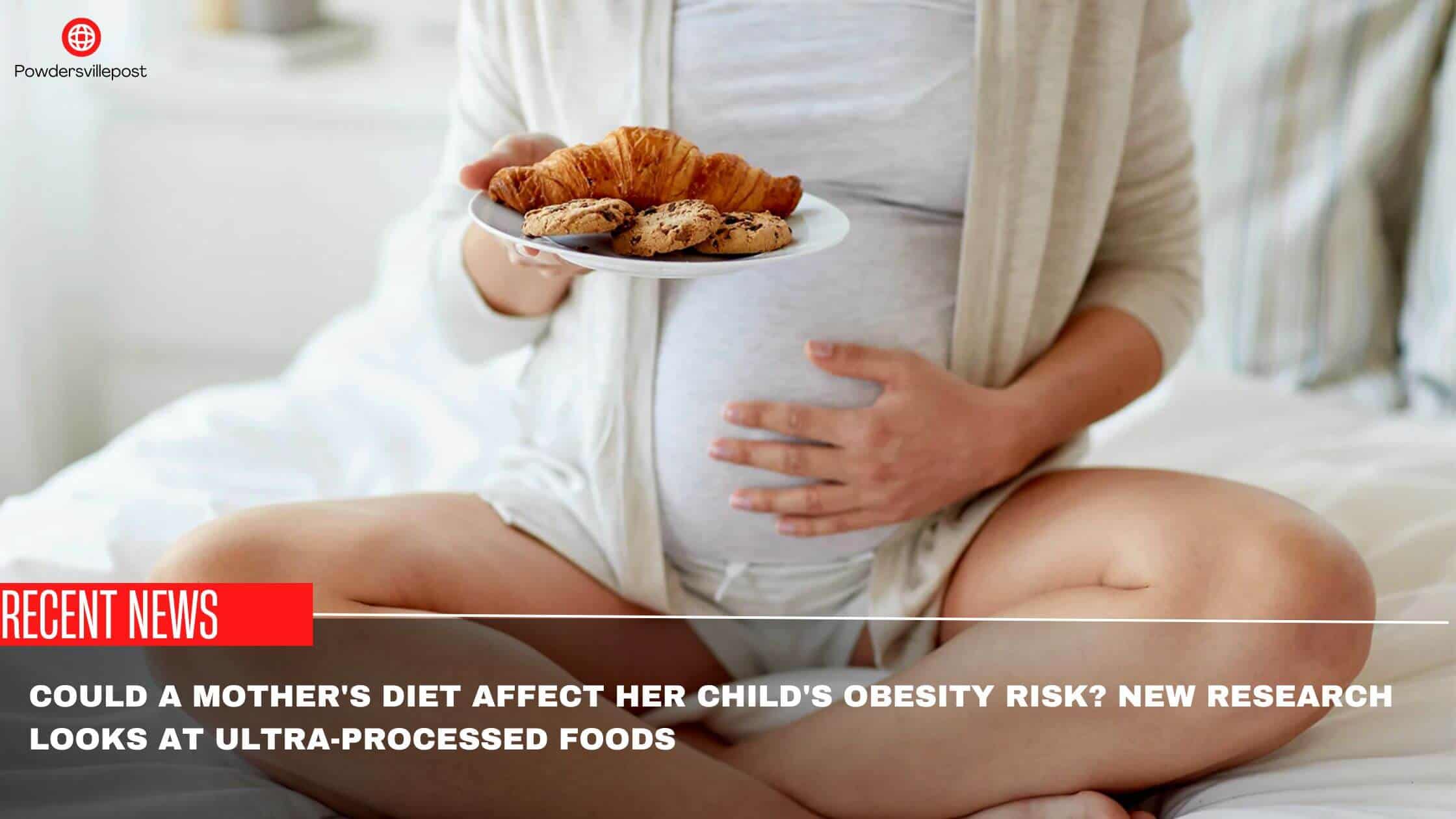 Research has found that people who ate the most ultra-processed foods during pregnancy were more likely to have children who are overweight or obese. The study, published in the journal BMJ Open, analyzed the diets of over 4,000 pregnant women and their children from early pregnancy through 3 years of age.

What Are Ultra-Processed Foods?

Ultra-processed foods are manufactured food products that have been altered from their original state by adding various ingredients during processing and manufacturing, such as preservatives, flavorings, sweeteners, and other additives.

Children whose mothers ate mostly ultra-processed food during pregnancy were likely to be significantly heavier by age seven, even if their mothers ate low amounts of sugar, fat, and salt.

What do mothers eat after they become pregnant?

Research has shown that what a mother eats during pregnancy could influence not only her offspring’s long-term health but also their mental and physical abilities. While she is expecting, it is important for women to eat a nutrient-rich diet as well as adhere to prenatal vitamins if prescribed by their doctor.

During pregnancy mothers have to eat healthy food: Eating healthy foods like fruits and vegetables, lean proteins, whole grains, and low-fat dairy products can be beneficial for both mom and baby.

A large study found that children with high consumption of processed meats and sugary sodas were much more likely to be obese than kids who ate more fruit and whole grains. The study also examined how mothers’ diets affected their children’s body mass index (BMI).

It discovered that mothers who consumed plenty of meat, cheese, and sweet drinks while pregnant and breastfeeding had babies who were twice as likely to become overweight or obese in their early years.

In some European countries, children’s diets are heavily influenced by what their mothers ate during pregnancy and breastfeeding: A UK study found that those whose mothers ate lots of meat, cheese, and sweet drinks were twice as likely to be overweight or obese at ages 3 to 5 than those whose moms had less of these types of food in their diets.

The BMJ Journal of Epidemiology and Community Health found that mothers who eat large amounts of ultra-processed food may be putting their children at increased risk for obesity.

In contrast, children whose diets include more unprocessed or minimally processed foods appear to have a lower obesity risk than those with higher intakes of ultra-processed products.

The researchers arrived at their conclusions after analyzing data from nearly 11,000 children aged 9 and 14 years in 31 countries. They found that for every extra 10 percent of calories consumed from ultra-processed foods, children’s odds of being overweight increased by 21 percent and their chances of being obese increased by 15 percent.

The findings indicate that eating more fresh fruit, vegetables, and fish was associated with lower BMI scores in the children

People concerned about the health of their kids may have an easy solution: Have them eat more fruit, vegetables, and fish, according to new research from the United States.

The findings indicate that eating more fresh fruit, vegetables and fish was associated with lower BMI scores in the children, said Jiang He, a lead researcher, and professor in the Department of Epidemiology at Tulane University’s School of Public Health and Tropical Medicine in New Orleans.

However, after controlling for socioeconomic status, physical activity, and other dietary factors, only fish consumption remained significantly associated with lower BMI scores in the children.

🔵National Library Of Medicine (n.d) Maternal Dietary Patterns during Pregnancy Are Associated with Child Growth in the First 3 Years of Life1,2,3 (Available On):https://www.ncbi.nlm.nih.gov/pmc/articles/PMC5086788/