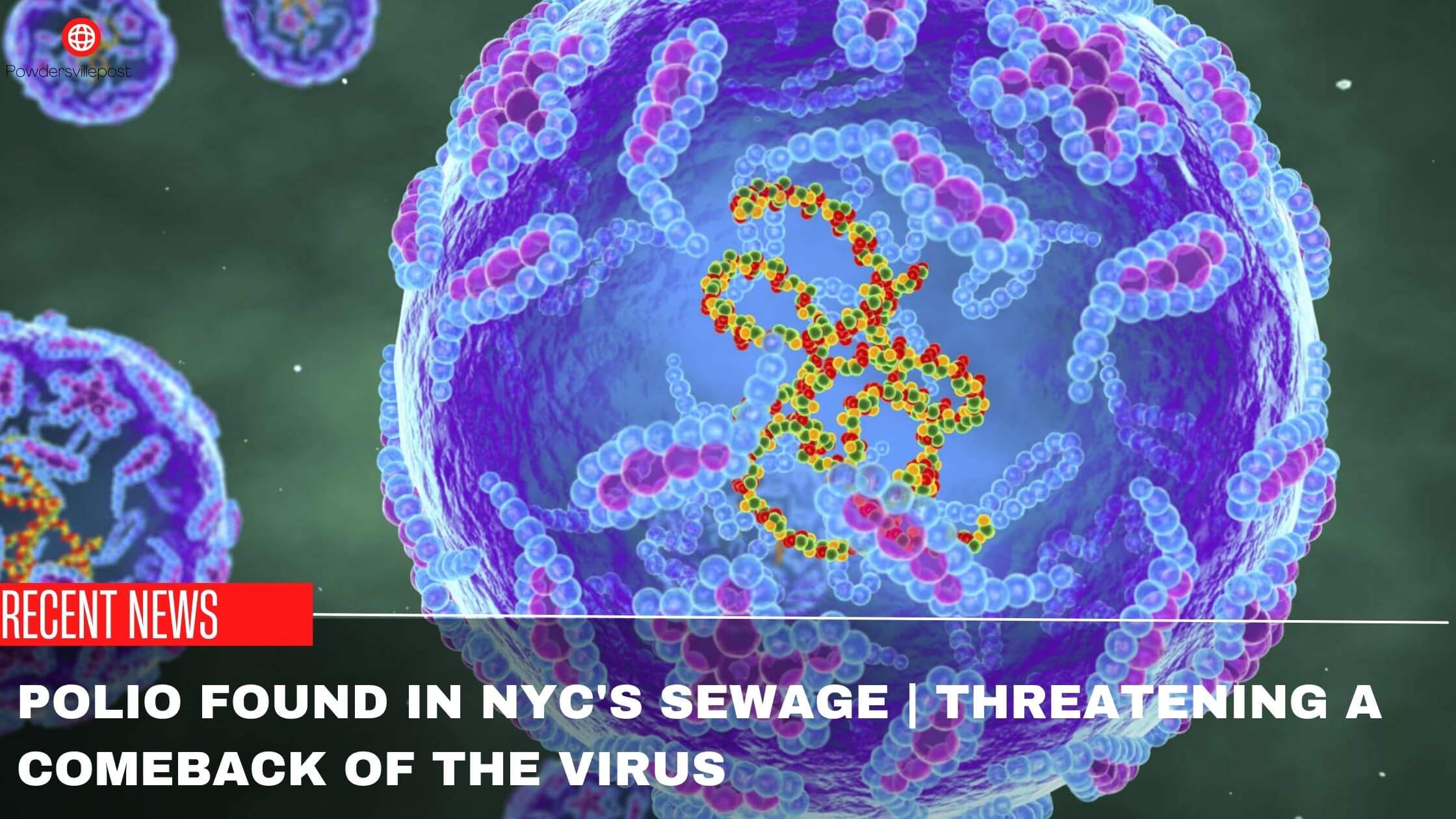 Recent samples taken from New York City’s sewage system suggest that polio may have returned to the U.S., according to statements made by the Environmental Protection Agency (EPA).

In the sample, two polio strains were detected, one an oral polio vaccine (OPV) strain from the 1950s and another live polio virus that could be responsible for giving other people polio as well.

This comes at a time when more than 100 countries are beginning to switch from OPV to inactivated polio vaccines (IPV), both of which have been used extensively since their development in the 1950s and 1960s, respectively.

Polio has been eradicated in developed countries since the 1950s, but it hasn’t been entirely wiped out just yet. The World Health Organization (WHO) announced that it has detected the virus in New York City’s sewage system, suggesting that the polio virus is beginning to circulate again in the U.S., and could eventually cause cases of polio to show up in developing countries where the disease hasn’t been eliminated.

If that happens, many children and adults may not be protected from the virus because they never received immunizations during its last major outbreak in the 1960s. The U.S.

Why does polio keep coming back?

Polio was once common in the United States, but thanks to vaccination, it was largely eradicated. However, the virus still exists in some parts of the world, and there have been recent outbreaks.

So why does polio keep coming back? The World Health Organization (WHO) says much of the blame falls on low immunization rates. In 2013, it was estimated that about 124 countries were still not fully vaccinated against polio.

As populations grow larger, so do the chances for more people to come into contact with the virus. Even though polio has only caused 10 cases worldwide this year, experts warn that if proper measures are not taken soon then we may see an epidemic like what happened in 1988.

🔵The Reason Why Polio Is Extremely Dangerous!

🔵One Of The First Wild Cases Of Polio Has Been Reported In Malawi!

How can people catch polio?

Most people infected with poliovirus have no symptoms. For those who do get sick, initial symptoms include fever, fatigue, headache, vomiting, stiffness in the neck, and pain in the limbs.

In a small proportion of cases, the virus infects the brain and spinal cord causing paralysis (can’t move arms or legs). People with milder illnesses recover completely while those with more severe illnesses may require ongoing treatment and care.

Polio can be spread when someone comes into contact with fecal matter from an infected person. The virus can enter through the mouth, nose, eyes or skin wounds. It is also spread by contaminated food and water as well as contact with contaminated surfaces.

Once inside the body, it invades nerves that carry messages to muscles and eventually causes them to stop working. There is no cure for polio but it can be prevented by immunization (shots) given before exposure to the virus.

What are public health officials doing about it?

In response to the discovery of polio in New York City’s sewage, public health officials are urging residents to get vaccinated and are increasing surveillance of the virus. They are also working to track down the source of the virus and contain its spread.

There have been no reports of people getting sick from it so far. The Centers for Disease Control (CDC) is warning that the virus can travel through contaminated water or food and that it can live outside the body for many hours.

Polio is highly contagious and can cause permanent paralysis within hours of exposure. It affects children more than adults, but anyone who isn’t immune to the disease could become infected if they come into contact with an infected person’s saliva or stool.

Children under five years old have an increased risk of developing severe cases of polio as well as spreading it to others. A vaccine exists that protects against all three types of polio, but not everyone has received it yet due to uneven vaccination rates around the world.

What can you do about it?

The polio vaccine is safe and effective, and it’s the only way to prevent this disease. So, the best way to protect yourself and your family from polio is to get vaccinated. And if you’re pregnant or plan on becoming pregnant soon, make sure you’re up-to-date with the polio vaccine before you travel abroad so that your baby won’t be at risk for contracting polio.