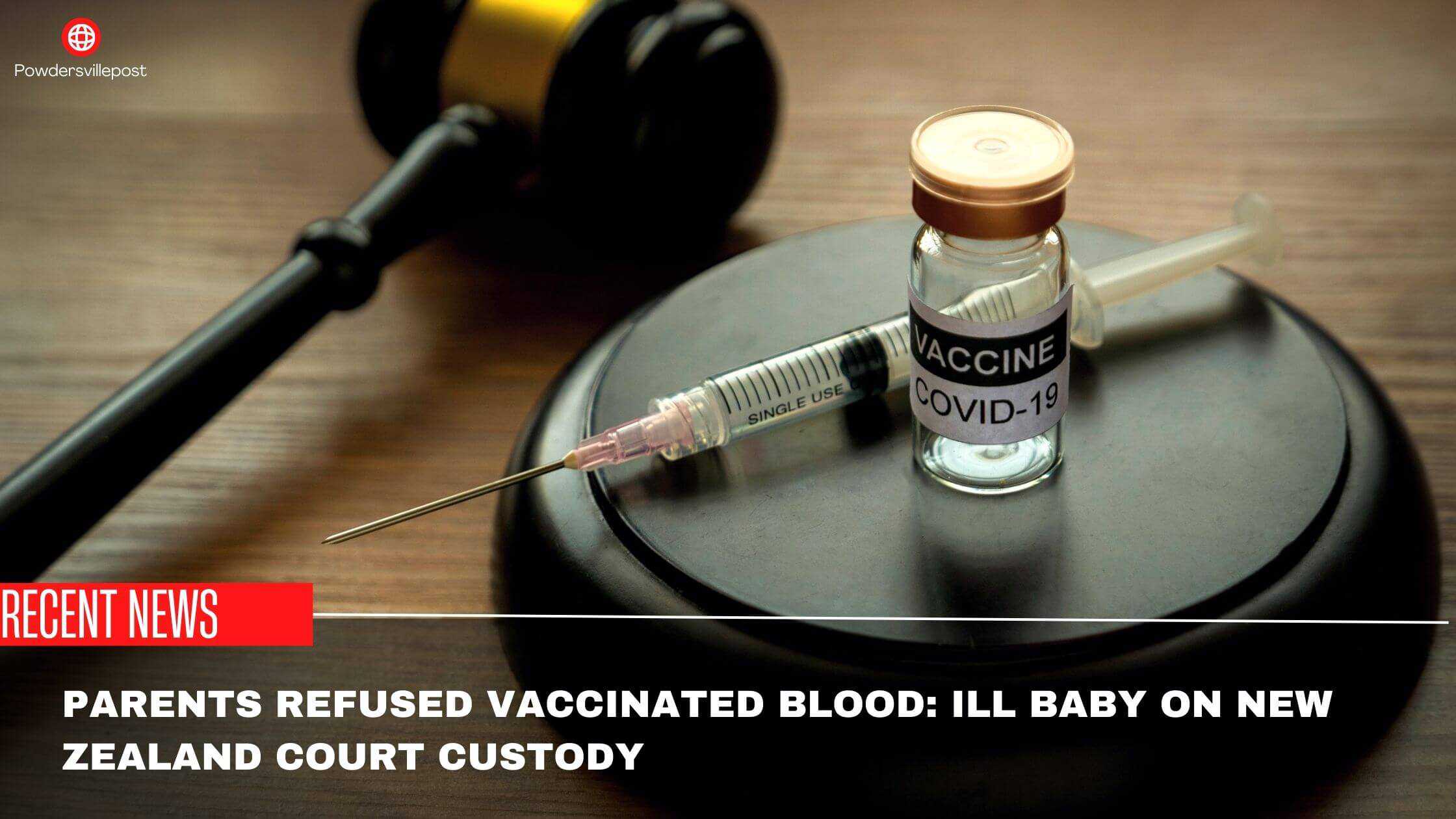 A New Zealand court has taken up the temporary guardianship of a six-month-old infant after his parents had refused to agree to a life-saving heart surgery using the blood from people who are vaccinated against covid-19.

Justice Ian Gault, who delivered the judgment said that the infant would remain under the custody of the court until he has recovered from the surgery. The court also appointed two doctors, for taking care of the infant’s health and concerns regarding the surgery.

The infant was diagnosed with a congenital heart condition that required immediate surgery. But the parents weren’t agreeing to the operation as they didn’t want the doctors to use blood from people who have been given covid vaccinations.

They believed that the blood from vaccinated people contained “spike proteins” that would cause death because of transfusion. They had even contacted the New Zealand Blood Service to take a donation from a person chosen by the infant’s family but they refused to state that the blood service doesn’t differentiate between vaccinated and unvaccinated donors.

But on the other hand, many health experts had submitted affidavits stating that millions of blood transfusions had been done after the covid vaccines were introduced. There were no instances of any sort of side effects involved with this after transfusion.

Misinformation About Vaccine Led To The Issue

The identity of both the parents and the infant was not divulged as this was part of the court rules. The case and the judgment have received worldwide attention as this is a perfect example of vaccine misinformation among people even after two years into the Covid-19 vaccination drive globally.

Dr.Kirsten Finucane, the chief pediatric surgeon at Auckland’s Starship hospital, said that the parents wanted to have a pre-decided blood donor that is chosen by their own family.

Finucane had consulted with other experts who recommended against the infant’s surgery being done without the use of blood or blood-related products. As the party couldn’t reach a consensus regarding the surgery, the New Zealand Health Service made a plea under the Care of Children Act.

They requested the court to appoint a doctor as a temporary guardian of the infant until the surgery and the procedures are over. The attorney representing the parents, Sue Grey said that a lot of thought has gone as to what can be the future course of action but then they decided that there was no time to go for another appeal.

She stated that the family ultimately wanted to spend some good time with their child and also wants to support him through the surgery.

Dr.Mike Shepherd, Auckland’s interim director of the New Zealand Health Service assured that everything was decided with the best intention for the infant. He also admitted that the judgment comes in a tough position for everyone involved and they would do their maximum to abide by the court’s ruling.

However, the parents would remain as the official custodians for every other responsibility regarding the child and they would also be updated regarding all the developments in the infant’s treatment. The court also observed that the relationship between the parents and the healthcare experts was affected because of the whole issue and the court asked both parties to resolve any differences as soon as possible.

The anti-vaccine groups took this as an opportunity to further their propaganda and they were seen gathering outside of the courtroom during the trial.

New Zealand reportedly has a very high vaccination rate with almost 90 percent above the age of twelve having taken two covid vaccination shots and seventy percent of eligible adults completing the booster shot.