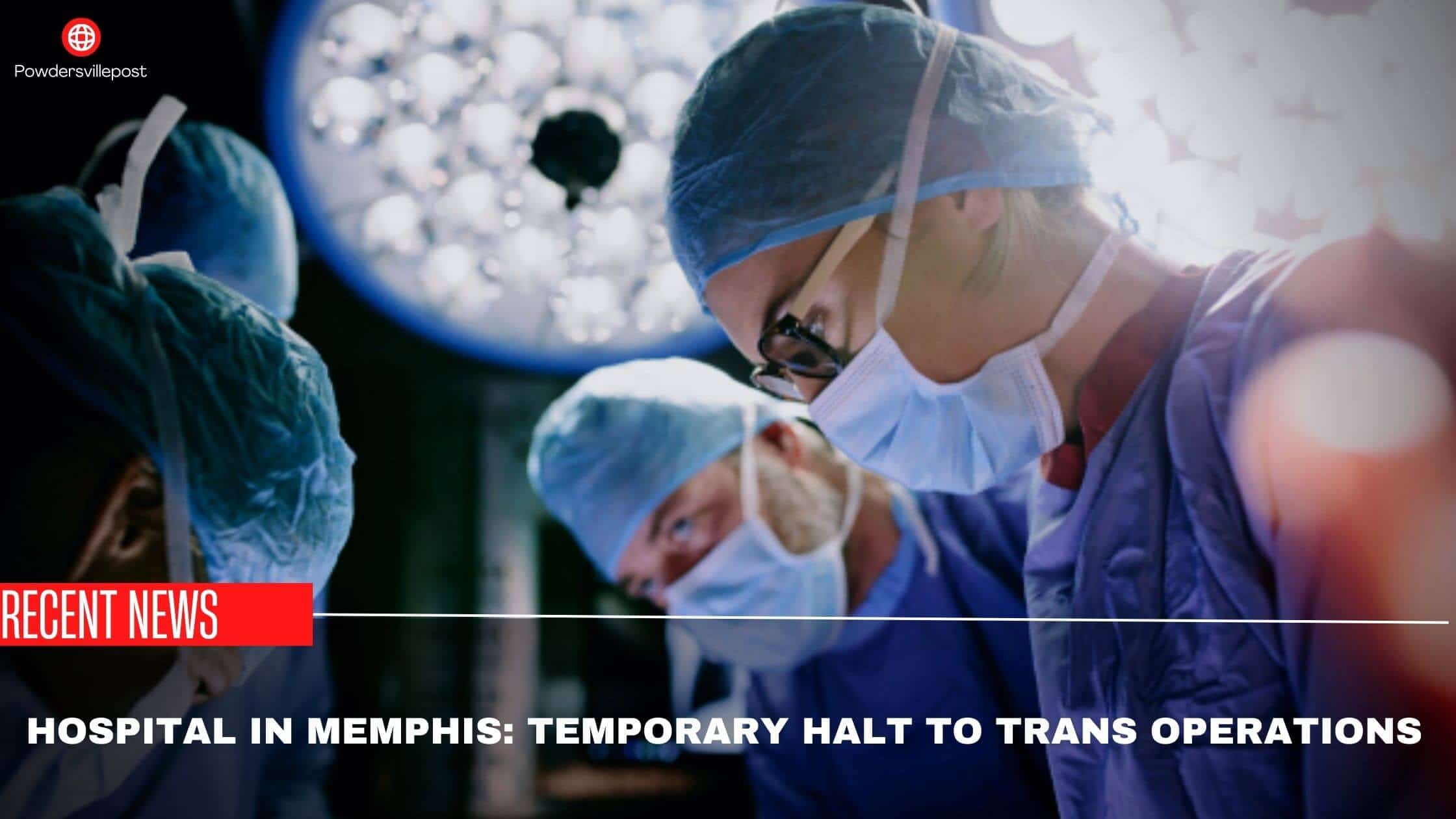 In response to legal action brought by civil rights groups who contend that the hospital’s gender-affirming operations are unlawful and discriminatory, a Memphis hospital suspended its gender-confirmation practises.

The hospital is known as MLH. The hospital claimed it has not stopped its gender-affirming surgeries it just paused. MLH is the largest service provider in the state. Serving more than 128,000 patients each year.

The hospital canceled the scheduled surgery of a 19-year-old client named Chris Evans and informed him about the cancellation of the date a few days before the surgery. The American Civil Liberties Union of Tennessee (ACLU) accused Memphis hospital was halting gender-confirming surgeries according to a new policy.

In states like Tennessee,  Transgender rights, and gender-affirming health care are a topic of discussion.

Unlawful Actions By The Hospital

The hospital spokesperson Rachel Powers said it is only a temporary pause to the gender confirmation services. The new policy has been done for reviewing the current practices of gender-affirming surgeries in the hospital.

Some care providers claimed on the patients received gender confirmation services at the facility provided by the health system.

ACLU also threatened the hospital in the name of they are going to file a complaint with the U.S. Department of Health and Human Services Office for Civil Rights for the unlawful actions of the hospital.

ACLU-TN Attorney, Lucas Cameron- Vaughn, said that the ACLU is agreed to hold back the filing of a complaint with the federal government until the hospital investigates the situation itself. ACLU decided it at the request made by the hospital’s attorney.

Camerone-Vaughn commented that any action done by the hospital like halting necessary healthcare services for one special group of people based on the criteria of gender is considered discrimination against them or a violation of the law by the hospital.

If the practice is done by a formal written policy or simply in practice it is considered a violation of federal law.

Gender-confirmation service providers are always a subject of news at all times.

Vanderbilt University Medical center also announced that it has going to temporarily pause its all-gender-confirming services for minors earlier this year.

Some videos are shared that show a doctor calling gender-affirming surgeries a huge money-making practice. And another video also shared is about the words of one of the staffers in the hospital telling that anyone with a religious objection should quit it The decision to pause all gender-affirming practices for minors is made on the after-effect of sharing these kinds of videos of the videos.

Involving teenagers in gender-confirming surgeries such as genital reconstruction, breast removal, and breast enhancement is very common and the most critically discussed topic in Tennessee. Sex reassignment is a debatable topic. Not only in the state of Tennessee but all over the world discussing the practice genuinely.

There are types of sex reassignment surgeries including

Genital or bottom surgery: transforming or reconstructing the genitalia.

Facial reconstructive surgery: make facial features such as eyebrows, mustache, and lips according to feminine or masculine appearances.