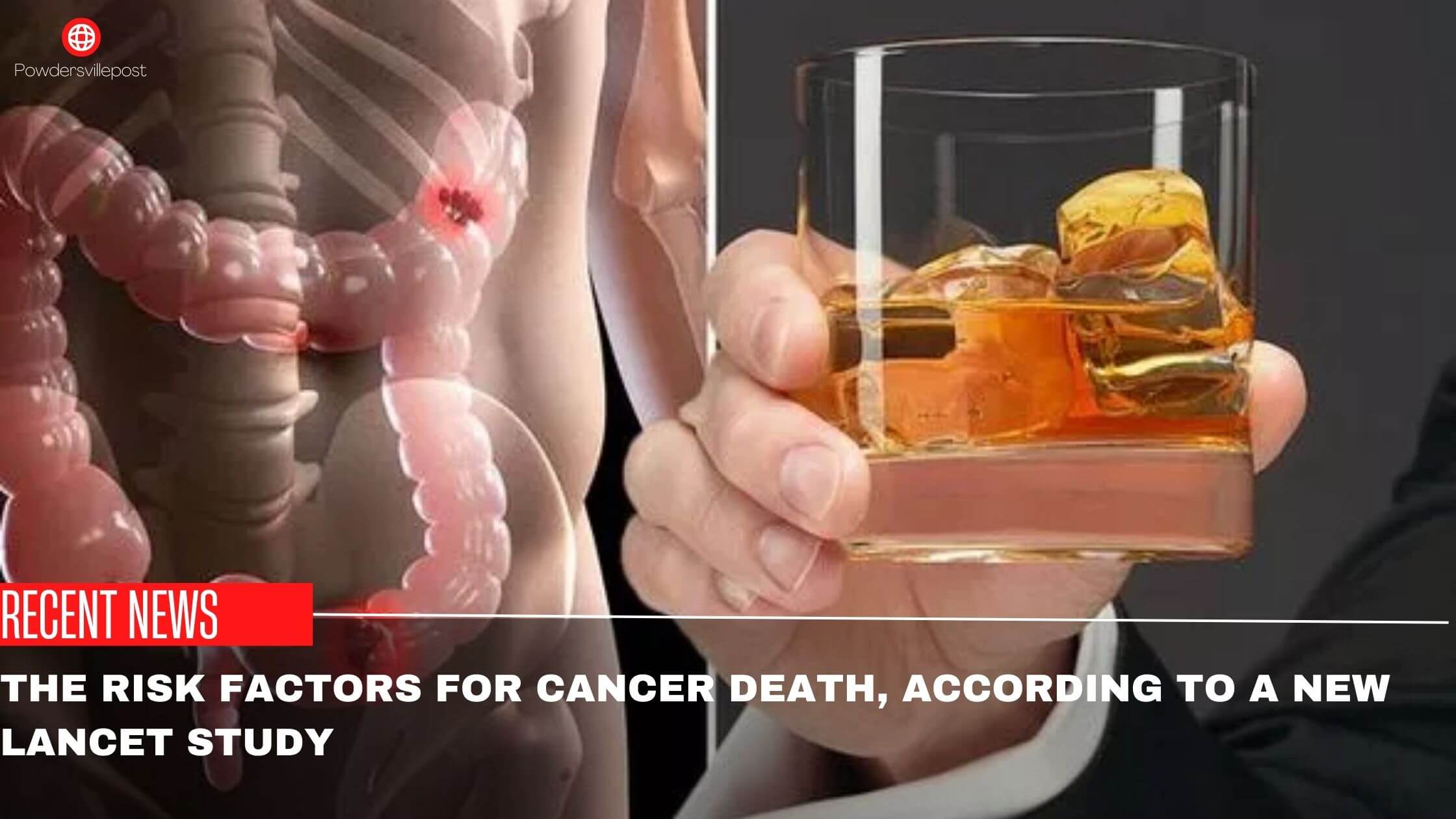 In what The Lancet Oncology journal calls the largest and most comprehensive study of causes of cancer death to date, the following three factors have been identified as the biggest risk factors linked to cancer death worldwide: smoking, alcohol use, and high BMI (body mass index).

A comprehensive study, carried out by an international team of researchers and led by scientists from the International Agency for Research on Cancer (IARC) in France, examined data from 100 countries representing all regions of the world, with nearly 20 million deaths across all age groups included in the analysis.

According To A Recent Lancet Study, There Are Many Risk Factors For Cancer Death

Cancer death rates in the U.S. have been on the decline since 1991, thanks to cancer screenings and improved treatments.

But according to a new study published in The Lancet, there are still some major risk factors that are getting in the way of better survival rates, including smoking, alcohol use, and high body mass index (BMI).

In fact, these three big risk factors account for as many deaths as the other lifestyle factors combined — even more than physical inactivity and obesity combined — which were also included in the study!

To learn more about the biggest risk factors linked to cancer death, read on…

How much does smoking increase your chances of dying from cancer?

According to a new study, smoking is linked to an increased risk of dying from cancer. The study found that smokers are more than twice as likely as non-smokers to die from cancer.

The risk of cancer goes up with the number of cigarettes smoked. Smokers who smoke more than 20 cigarettes per day are four times as likely to die from cancer as non-smokers.

The risk of dying from cancer also increases with the duration of smoking. Smokers who have smoked for more than 40 years are five times as likely to die from cancer as non-smokers.

Why Alcohol is so closely linked to cancer?

There are many reasons why alcohol is so closely linked to cancer. For one, alcohol is a known carcinogen, meaning it can damage cells and increase the risk of cancer.

Additionally, alcohol consumption can lead to weight gain, which is another risk factor for cancer. Alcohol also impairs the body’s ability to repair DNA damage, which can further increase the risk of cancer.

🔵Cancer Might Be Prevented By Eating Unripe Bananas! Study

Being Overweight Increases Your Chances of Dying From Cancer

According to a new study published in the Lancet, being overweight is one of the biggest risk factors for cancer death.

The study looked at data from over 10 million people and found that those who were overweight had a 20% higher risk of dying from cancer than those of normal weight. And among all cancers, excess weight was linked to pancreatic cancer and colorectal cancer deaths.

A second major risk factor was smoking which doubled the chance of death from lung or larynx cancers. And drinking alcohol also increased the risk by 50%.

In most parts of Europe where mortality rates are not very high, says Dr. Thomas von Ahn, one of the lead authors of the paper, smoking will be more important than obesity.

A Low-Fat Diet Can Reduce Your Risk of Lung Cancer

A new study published in the Lancet has found that smoking, alcohol and high body mass index (BMI) are the biggest risk factors linked to cancer death. The study also found that a low-fat diet can reduce your risk of cancer.

Diet is one of the major determinants of weight gain, obesity, and diabetes. In turn, obesity increases the risk for various cancers including colorectal cancer, breast cancer in postmenopausal women, and prostate cancer.

A low-fat diet helps decrease weight gain by restricting calories from fat; it may also have an effect on energy balance by decreasing appetite for fatty foods or reducing absorption through gut metabolism.

Staying physically active is one of the best ways to lower your cancer risks. Just 30 minutes of moderate activity a day can make a big difference.

Other lifestyle changes that can help reduce your cancer risks include eating a healthy diet, maintaining a healthy weight, and avoiding exposure to harmful chemicals.

🔵IHME(n.d)The Lancet: Almost half of the global cancer deaths are due to risk factors, with smoking, alcohol use, and high BMI the greatest contributors(Available Online): https://www.healthdata.org/news-release/lancet-almost-half-global-cancer-deaths-are-due-risk-factors-smoking-alcohol-use-and