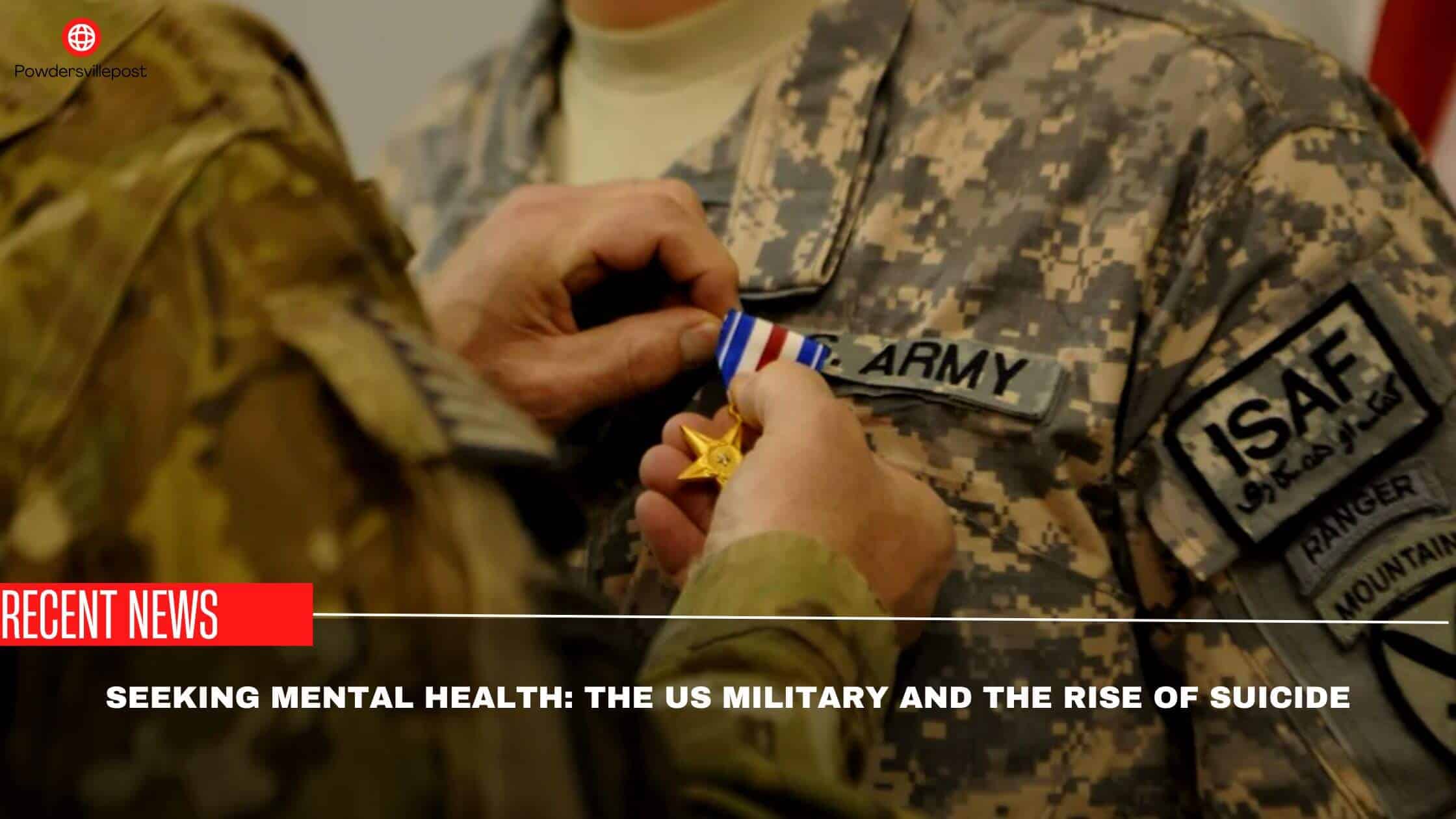 In 2012, an estimated 349 members of the U.S. military committed suicide; that’s nearly one service member every day of the year, according to a 2013 article from the Military Times.

While suicide rates among veterans (veterans are twice as likely to commit suicide as non-veterans) and active duty personnel have been rising over the last decade, there has been relatively little research into its causes within the context of military culture.

A recent report by the U.S Army found that soldiers were killing themselves at an increasing rate, jumping from 150 suicides in 2012 to over 350 in 2014—a 60 percent increase in just two years.

While the overall suicide rate among the general population has remained relatively stable since 1999, it spiked from 19 per 100,000 people to 22 per 100,000 people between 2013 and 2014. Although men are almost four times as likely to commit suicide than women.

Why Is It Important?

It is important to understand that mental health is an issue that affects all. In fact, one in five adults experiences a mental illness each year. And while the stigma surrounding mental health issues still exists, they are lessened with education and awareness.

That’s why we should always seek to understand those around us and their challenges before assuming anything about them based on what we see on the surface. Seeking help for your own or someone else’s mental health might seem like a daunting task, but often it can have life-changing results.

How common is depression in our soldiers?

According to a 2012 U.S. Department of Defense report, one in eight active duty soldiers suffered from PTSD, and one in five was being treated for it. That’s twice as many as are being treated for depression (27%), suggesting that Post Traumatic Stress Disorder is a more debilitating mental health problem than Major Depressive Disorder.

In all, nearly 30% of military personnel screened positive for some form of mental illness last year. While these numbers don’t represent every soldier, they do highlight an issue that has been growing over time. At least since Vietnam War veterans began returning home with mental issues like PTSD, we’ve known about how vulnerable our soldiers can be to psychological trauma.

🔵Know The Signs Of Someone Is At Stake For Suicide

🔵Suicide Warnings On Labels Of Anti-Seizure Meds Must Be Observed

How common is suicide?

Even more alarming than these statistics on mental illness are those concerning suicide rates among veterans. Veterans make up 20% of suicides in America; however, they only account for 13% of Americans who have served in our armed forces.

This suggests that there may be something particularly toxic about serving in our military something which could put even non-veterans at risk for suicide later on down the line if they ever serve or have close family members who served.

Every day, someone in America commits suicide. Although suicide rates have fluctuated through history, they’ve been on a steady incline over much of the past 50 years—and not just in one place.

While it’s not always clear what drives suicide trends up or down (though there are many theories), some patterns do seem to emerge; for example, men are more likely than women to complete a fatal act.

And around 75 percent of people who die by suicide had a mental health condition like depression at the time of their death.

What are some symptoms that someone needs help with?

Often, people struggling with depression or suicidal thoughts will be afraid to ask for help. Unfortunately, signs that someone needs help may go unnoticed by friends, family members, or colleagues.

Asking someone how they’re doing can be a great first step in identifying someone who may need help. Does their response sound something like I’m fine or a variation of that? Are they making excuses when you ask them questions about their lives?

In some cases, individuals struggling with mental health issues will appear unusually sad, angry, and hopeless; they may become more isolated and withdrawn from friends or even stop participating in activities they used to enjoy.

If any of these are happening regularly over time, it could indicate there is an issue that needs attention.

🔵Mayo Clinic (1998-2022) Suicide: What to do when someone is suicidal (Available Online):https://www.mayoclinic.org/diseases-conditions/suicide/in-depth/suicide/art-20044707