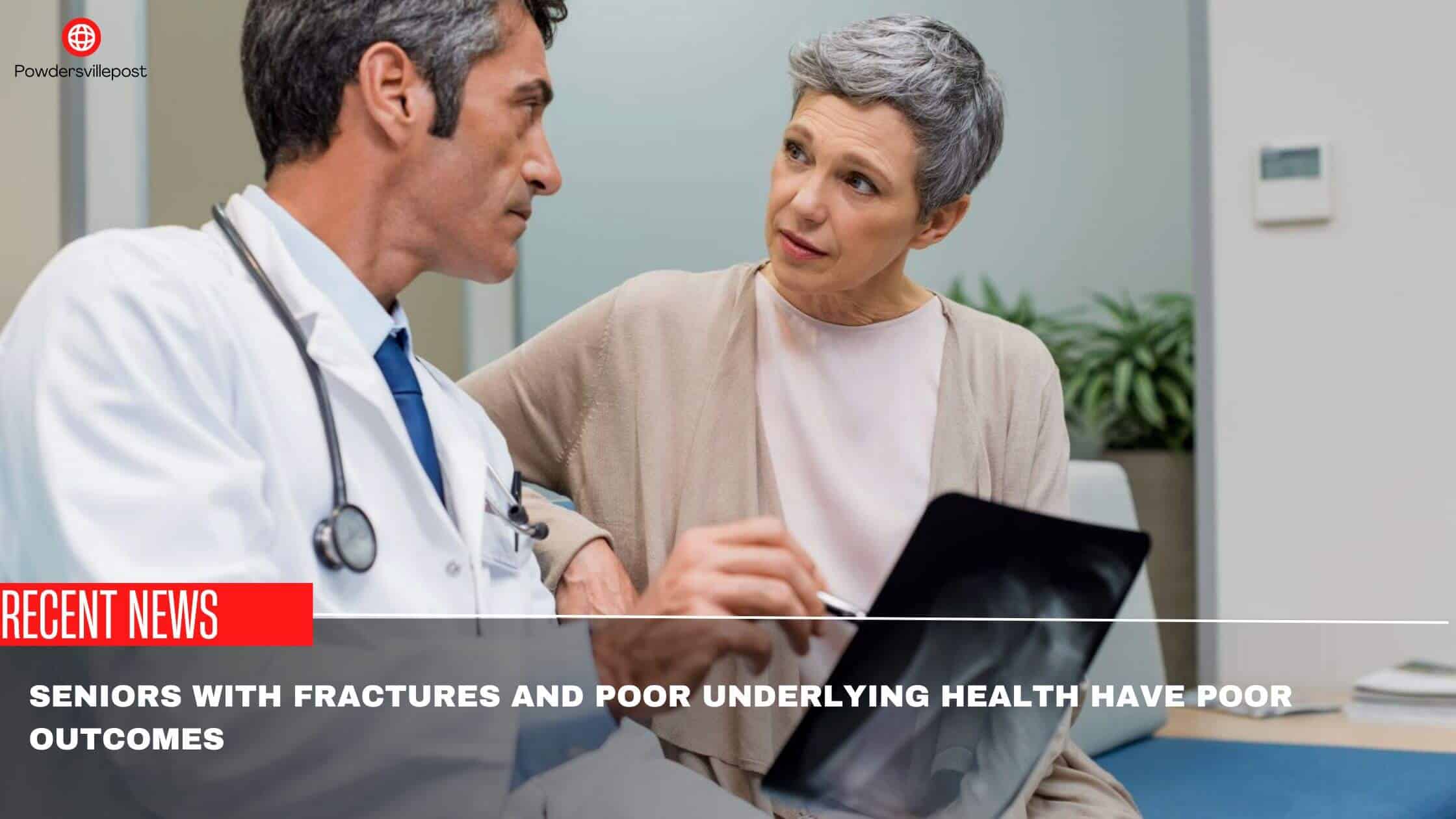 The study by the University of Oxford has revealed that the type of fracture combined with the already prevalent health conditions increases the health risk in the older generation.

A link has been developed between the existing health ailments and the consequential occurrence of fractures in old age. This can be explained with the help of an example.

This particularly means that if the individual already has cancer and gets his hip damaged by a hip fracture, the possibility of mortality rate increases from 19% to 41%, especially after all these conditions at the age of 50 or more.

It has become important to understand the link between the type of fractures and the different types of health problems that people already suffer in old age.

The study has also reported a list of specific diseases with which if the fracture gets combined, then there is no possibility of saving the person; hence, the death of such a person is confirmed for the time being.

There are different types of health ailments that may not sustain a subsequent feature in old age. If an old person suffers from diseases like cancer and diabetes then the tendency of the body to suffer a fracture is reduced.

This may even prove fatal. Even kidney diseases and cardiovascular diseases have got a huge amount of impact on the human body.

This has also been discovered as a matter of fact in Australia and Denmark. Not only do the specific health conditions that the person already suffers from matter and bring a difference but also, at the same time, the type of fracture that a person suffers from determines the risk in old age.

Every type of fracture caused around the most important parts, such as around the hip and the spine, including the arms and the legs, has a detrimental impact on the body. This interaction between broken bones and the periodic condition of immunity inside the body identifies the risk of old people.

This is something that has been endorsed by the results developed by the research Institutions of Columbia and Australia which have worked in collaboration with each other to discover different tangents of the study.

The JAMA network of open journals has published all the results and the findings. It has focused on many intensive medical treatments in this respect and is expected to bring a difference in the availability of treatment in the time to come.

🔵Risk Of Hip Fractures Is Higher For Vegetarian Women

🔵Globally Hip Fractures Are Projected To Almost Double By 2050

What is the purpose of research?

The old people are now aware and hence they can take preventive measures if they already suffer from some chronic disease. A new approach is important so that the risk of death is mitigated in old people to the minimum possible extent.

Only with the help of collective factors can a substantial amount of treatment be developed so that people can be saved from multiple risks that follow in such a kind of health condition. This will be helpful for all those countries in which the number of older people is way more than expected in other countries.