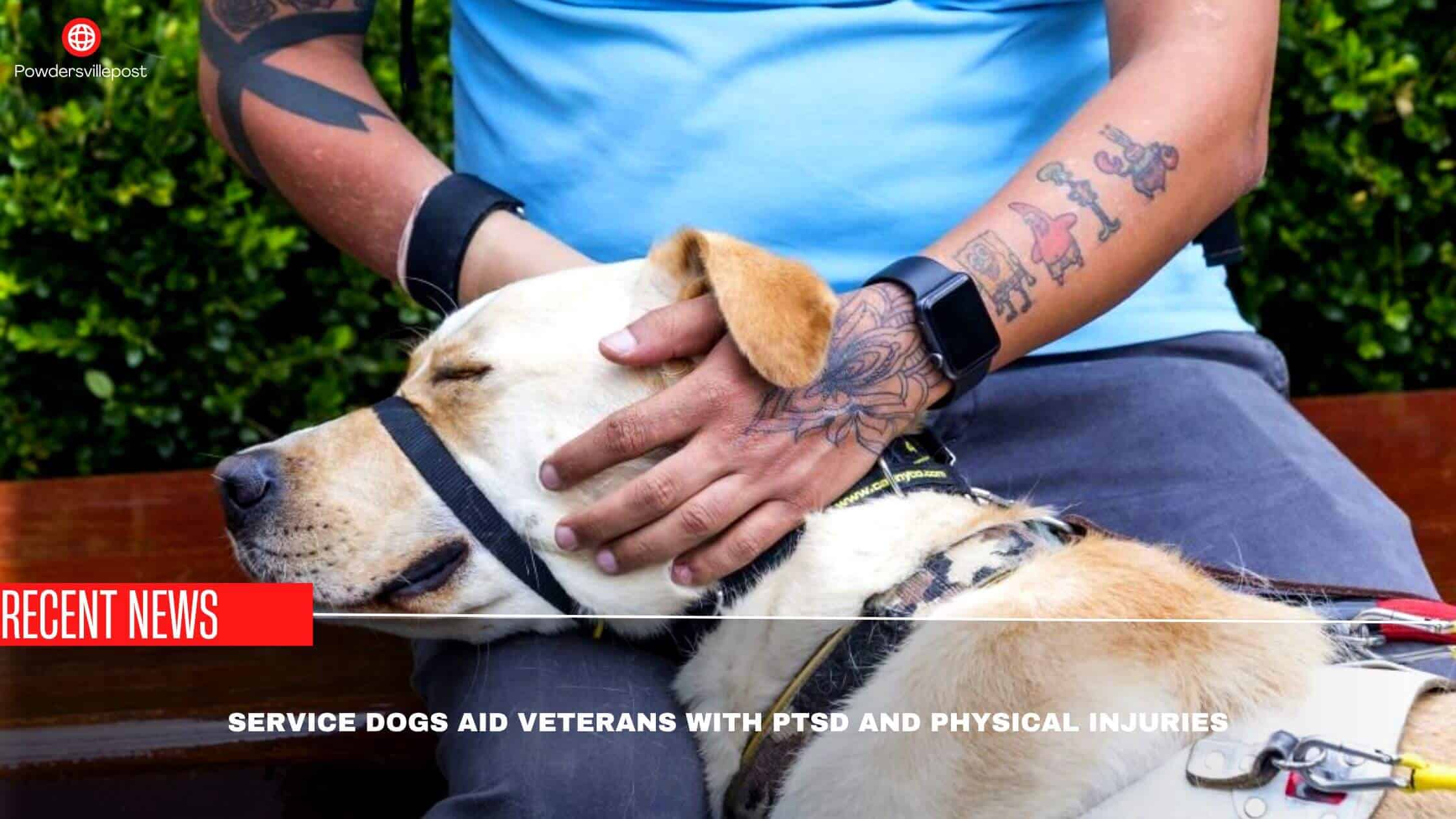 Dogs have been man’s best and loyal friend for a long time. They have been a part of our lives for so long that they have started to pick up our behaviors, mannerisms, and language.

According to some new studies, the company of service dogs has been proven beneficial for veterans diagnosed with Post Traumatic Stress Disorder (PTSD).

A new legislation was signed by President Joe Biden this August that allows the use of service dogs for veterans associated with PTSD.

Veterans With Physical Ailments And PTSD Benefit From Service Dogs

This comes under the Puppies Assisting Wounded Servicemembers for Veterans Therapy Act. According to U.S Representative Mikie Sherrill of New Jersey, service dogs can be a life-changing and life-saving mode of treatment and therapy for veterans who suffer from PTSD.

Once the law comes into effect, it will be easier for veterans to afford a service dog, which was considered to be an expensive affair until now. PTSD is a tough mental condition to live with and it can drastically affect the quality of life.

As per the records of the Department of Veteran Affairs (VA) around 11 to 20 percent of veterans who served in Iraq and Afghanistan are diagnosed with PTSD every year.

Currently, the VA bears the veterinary expenses of the service dogs that are given to veterans who have physical disabilities like blindness, mobility issues, etc.

For this, both the dog and the veteran have to complete a training program designed by the International Guide Dog Federation or Assistance Dog International.

A 2018 study funded by the Human Animal Bond Research Institute and carried out by Maggie O’Haire, assistant professor of human-animal interaction at Purdue University College of Veterinary Medicine and team found that service dogs had a considerable and positive impact on PTSD veterans as they showed decreased symptoms of PTSD and an increase in the total psychological well-being in the company of a service dog.

This sort of calming company provided them with a sense of peace that in turn reduced their nightmares, general lack of sleep, feeling of hypervigilance, anger, and depression. These veterans were also able to better adjust to their anxiety attacks enabling them to keep a higher sense of social reintegration by fostering a sense of companionship.

🔵Having A Pet Is Beneficial For People Who Experience Stress

Generally, breeds like German Shepherds, Labradors,s and Golden Retrievers are used as service dogs but other breeds of dogs can also be used like mixed breeds and even rescue dogs from animal shelters.

Each service dog will be trained with specific skill sets to improve the quality of life of a PTSD veteran. They are mostly trained to wake veterans from nightmares, to be a guard in public, etc. Apart from these, they can be trained individually according to the needs and sensitivity of the veterans.

Experts request the general public to be more respectable while approaching a service dog and its handler.

Do not ask personal questions that can make them uncomfortable. One should never ask the handler to make the dog do any tasks that it is not trained to do or anything that is not required of them.

The curiosity to know more about a service dog and its abilities should not become an encroach of personal space.

A handler and his dog are like any other people who are just trying to do their activity in a public space. The newly designed law and research will definitely promote more studies into the area of service dogs and their role in improving the lives of veterans with PTSD.