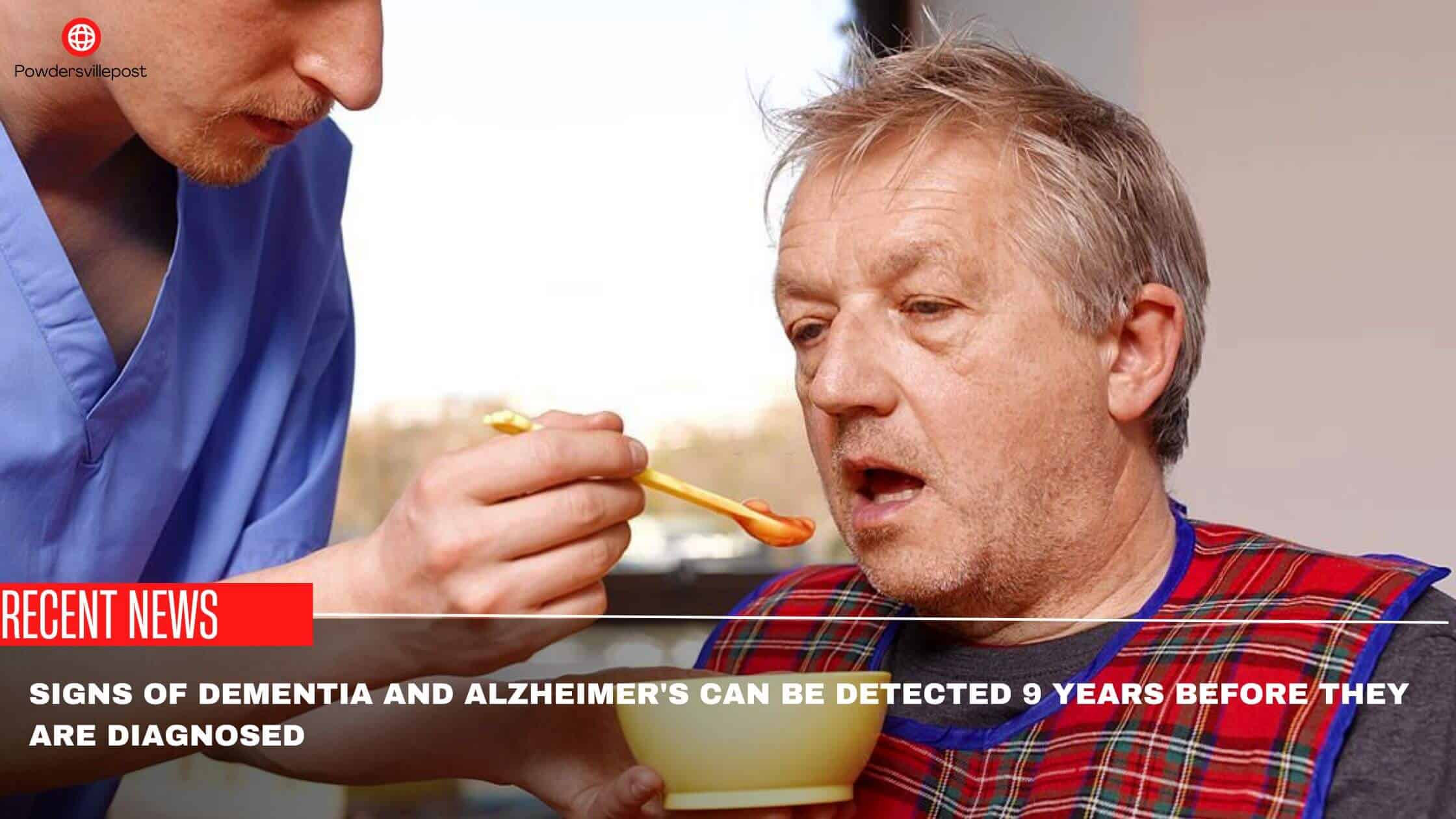 New research has suggested that some science associated with dementia detection can occur for a long time, even before the diagnosis begins. The finding has been able to confirm that the tell signs of dementia and Alzheimer’s can be recognized as early as 9 years before. This is the best contribution to medical science.

It will be able to recognize all such cases at the beginning stage So that the possibility of developing a severe version of dementia and Alzheimer’s is reduced to the minimum possible extent. Early intervention can even result in the prevention of the disease Altogether. A doctor at the University of Cambridge confirmed all of the findings.

According to an analysis, the cognitive capacity of the mind shows early signs of severe mental disorders. If the treatment begins at this stage itself, then automatically, the possibility of developing the worst of the disease is reduced.

What Are The Signs?

The cognitive signs that are produced by the human brain are very subtle. For instance, it can get detected by the inability of a person above the age of 50 years to recall a mobile number or the inefficiency of a person with high blood pressure to understand a simple concept despite maximum focus.

Senior consultants and medical professionals have recommended this early screening for all people above the age of 55 and those people who follow a sedentary lifestyle. It is also advisable that any person of any age group can get tested when he experiences signs of inability to recall or remember. If these early and subtle signs are ignored, then it might become impossible down the line to treat a person because the situation might have gone out of control. Early treatment is also essential to test the drug’s efficacy.

How is it detected?

The experiment was conducted by collecting data from the United Kingdom bio Bank. People with dementia and Alzheimer’s had their entire medical history deposited in such repositories. A proper analysis detected the signs associated with these neurodegenerative disorders many years before the actual detection of the disease.

The symptoms become very prominent after years of the persistence of the underlying mental condition. To increase the efficiency of detecting these early symptoms, Researchers are working towards understanding the alternations brought to the brain at the onset of these early symptoms. It will be more substantial evidence to prove the onset of symptoms compared to any other criteria.

The changes are brought not only concerning the human mind’s cognitive functions but also the general aspects of physical health. A survey proved that adults likely to develop Alzheimer’s in the upcoming years frequently fall ill in the preceding 24 months. But the exact tendency to fall in could not be calculated with sufficiency. Different types of errors prompted the scientist to start the research afresh.

The second leg of the research would now focus on ensuring intervention at a very early stage with the help of efficient detection tools. These changes have to be detected even before any symptoms become evident. Due to the lack of awareness, around 65% of the people suffering from these disorders remain undiagnosed.

This type of preventive treatment will help reduce the risk associated with mental disorders. Only with the help of effective medical techniques and reporting of the symptoms can this treatment be effectively initiated at the very beginning stage. Combining all of these factors will be helpful to make a difference and prevent the degeneration of health in the years to come.