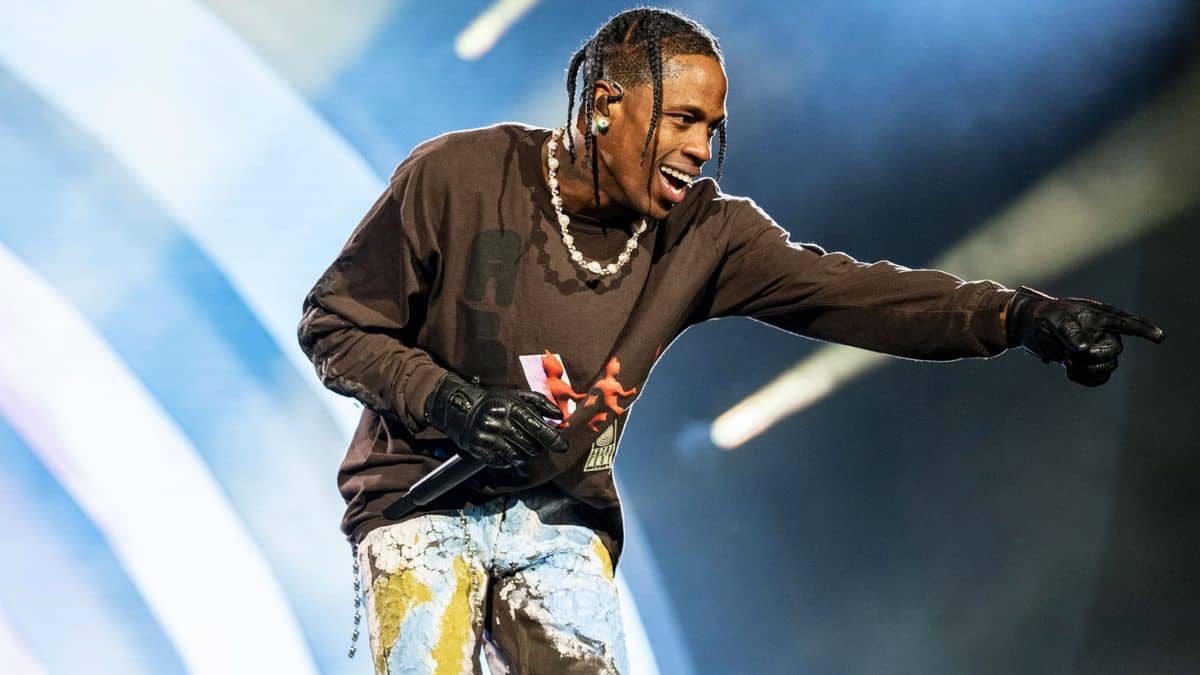 As per the sources, Travis Scott is putting safety first. According to the video, we can see that on Monday during his set at The Day Party: Independence Day Coney Island concert in Brooklyn, New York, the Goosebumps rapper got stopped in mid-performance to ask the audience members to climb down from a lighting truss at the outdoor event.

In that clip, audience members can be seen sitting at the top of the lighting structure. Scott, who is 31 years old, eventually pauses his set, and a voice can be heard saying, ‘We need you all to get down.’ In another video, shared by The On Aux Podcast, Scott can be seen saying, ‘Hey you, my bro, my brother, just make sure that you are OK though, my brother. Do you hear me?’ The concertgoers then made their way down from the top of the structure, and the performance was resumed.

While Scott’s representative has yet to respond to some news requests for comment, On Tuesday a spokesperson for the artist told the New York Post that Travis was committed to doing his part to ensure events were as safe as possible so that the fans could have fun, and he has encouraged his fans to listen to requests from security and climb down from the lighting structures so that everyone would be able to safely enjoy his last night’s performance.

In the month of May, the Sicko Mode rapper took the stage at the E11EVEN nightclub in Miami. While he had delivered lower-profile performances at Richie Akiva and Darren Dzienciol’s pre-Oscar party and Bootsy Bellows Coachella after-party before then, the Miami has shown marked the first concert where the fans could buy tickets to attend since November’s Astroworld festival tragedy that has left 10 dead and hundreds injured.

After the tragedy at the Billboard Music Awards, Later that month, he performed his songs “Mafia” and “Lost Forever” in his first television performance.

According to the magazine, the attorneys have said that along with the 10 deaths, there were 732 claims tied to injuries that have required extensive medical treatment, 1,649 has been tied to less extensive treatment, and 2,540 has claimed for injuries where the severity is still under review, totaling over 4,900 claims were there for deaths and injuries at the festival.

During his first post-Astroworld interview, first last year, Travis Scott Scott said that he was unable to hear any screams for help when the crowd surge began, and he claimed that he did stop the show several times in order to ensure his fans were safe.

He also added that he has stopped it a couple of times to just make sure everybody was okay. He was really just going off of the fans’ energy as a collective and he just didn’t hear that.