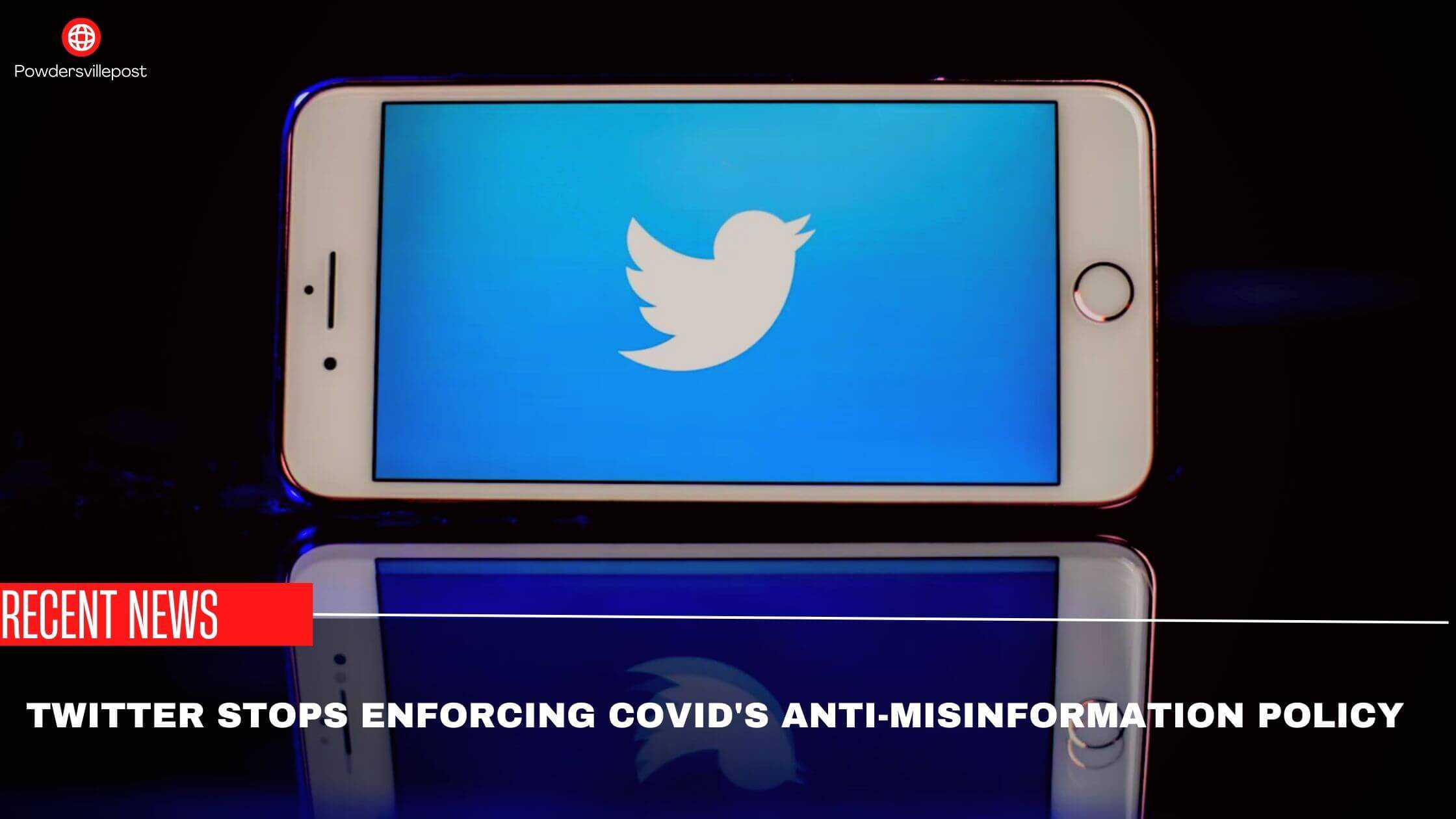 In another major decision, social media giant Twitter has decided to withdraw its covid misinformation policy. This is in progress with a series of changes made under the leadership of the new CEO of Twitter Elon Musk.

The policy set up during the covid period was a model example of combating misinformation that was spread through social media regarding vaccinations and the virus.

The company didn’t make any loud announcements about the withdrawal rather it was added as a formal note on the website of Twitter that contains the covid policy. This would be effect, restore the status of a lot of banned accounts that were taken down as part of the misinformation policy.

It is ironic to note that the new CEO himself was one of the proponents of misinformation during the covid pandemic when he was trying to incite people to come out of their homes during the lockdown period and also critiqued the government and health officials for not handling the situation properly.

Musk is known for his obvious Republican party leanings especially when he proclaimed his support for the party in 2022.

This also resonated with the way he approached the idea of covid lockdown as a blatant violation of human rights which was also propagated by republican party members. Even though he is not against people taking vaccinations, he believes that it should not be made a strict rule.

Starting from 2020, when the misinformation policy was enforced, around eleven thousand accounts were banned as part of the policy.

Twitter used a five-strike system where if an account posted information that could cause harm or encourage people to not abide by lockdown rules shall be suspended. The ban was not initiated the first time but if the account posts this kind of information repeatedly.

The takeover of Twitter by Elon Musk was an event that was filled with a lot of intrigue. It was bought from its previous owners for a huge $44 billion and soon after the buyout, Musk started to completely dismantle the working structure.

He laid off thousands of full-time and contract employees without any warnings. He then claimed that some of them were fired by “mistake”. Many of the top brass of Twitter management had left the company after the Musk takeover and people like Parag Agrawal and Vijay Gadde were fired.

Tom Tarantino, who was part of the Covid response task force said that the withdrawal decision can be viewed more as a practical decision than an ideological one.

As there is a dearth of human labor at Twitter because of the mass layoffs, the misinformation section can’t be maintained as it is based on manual human interference and judgment of context. Jack Resneck Jr., president of the American Medical Association expressed his discontent over the policy withdrawal by Twitter.

He said that the level of misinformation spreading through social media is huge and whatever little measure was taken against it has also been taken down. On top of that, the people who were responsible for causing these are also being taken back into the platform.

Musk on the other hand believes that this decision is part of fulfilling the promise he had made to the people when he bought Twitter to make it a truly democratic platform that acts without bias.

He had tweeted some days back that a general amnesty would be granted to all those whose accounts were banned. This list includes the former president of America, Donald Trump.

In a larger context, this can initiate a chain reaction that might instigate other major social media platforms also to relax their policies on covid and other forms of misinformation.

Social media misinformation has been a constant problem faced by people around the world as it is hard for normal people to differentiate between what is fake news and what is credible information.