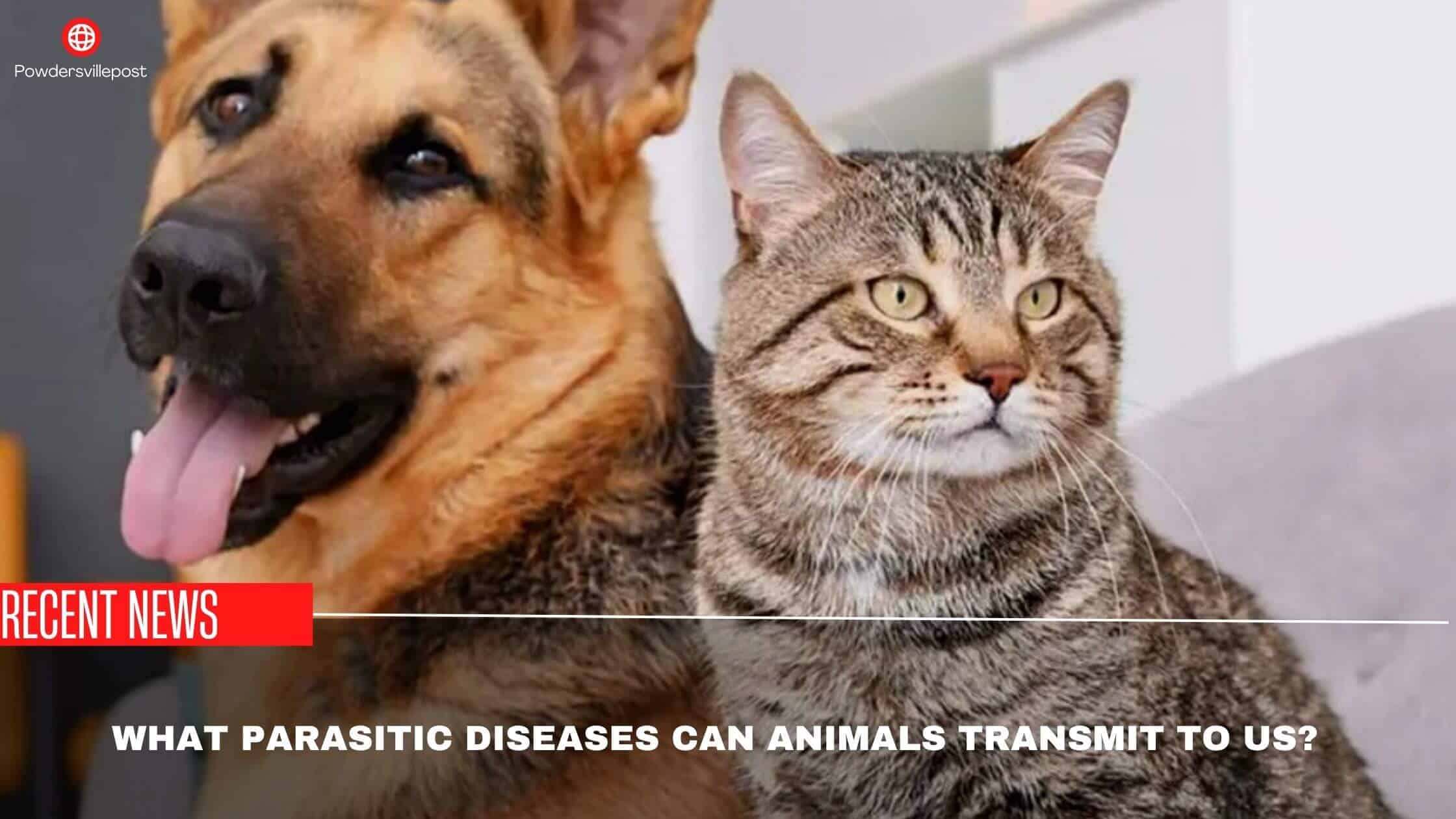 A parasite is a living organism that is found in the organism of another species. There are three main parasites that are highly potent enough to cause disease in humans, viz; protozoa, ectoparasites, and helminths.

Now, let’s have an in-depth look into everything related to parasitic diseases.

Parasitic Diseases That Get Transmitted From Animals To Humans

Among these, helminths and protozoa are found to affect the gut and alter its healthy balance. Ectoparasites are the ones that badly affect your skin by staying there for a longer period of time.

Below detailed are the most common illness associated with animal contact:

Rabies is a preventable viral disease that badly affects the nervous system of mammals. This disease is caused by a virus and can quickly spread to pets and people by the infected animal. It mainly gets spread by biting or scratching by a rabid animal. In most countries, dogs are the main carriers of rabies and in the United States, this infectious virus is mostly found in wild animals like raccoons, bats, foxes, and skunks. Rabies virus mainly infects the central nervous system of the body. When the infected person lacks proper treatment, it could result in brain damage that even result in death. Rabies can easily be prevented by vaccinating pets. You can even avoid getting in contact with wildlife animals.

Blastomycosis is a dimorphic fungus that causes serious fungal infections in humans. These fungi are found in soil and wet, decaying wood, and the space near the waterway. This gets enter the body via inhaling the spores of a fungus. Usually, the illness occurs between 2 to 15 weeks time after the fungus entering into the body. The symptoms include cough, chest pain, chills, muscle aches, fever, and joint pain.

Cat scratch fever is a bacterial infection that is caused by the bacteria named Bartonella henselae. This is mainly spread to people from the bites and scratches of cats. If the infected person is having a healthy body, the infection can easily be cured with treatment. In case of mild infection, chances are high of getting cured even without following any treatment procedures.

Chlamydophila psittaci infection is an illness that is spread from birds to humans. This parasitic disease commonly known as avian chlamydiosis gets enters the human body via your pet birds at home. This type of bacteria can cause psittacosis disease in humans. The disease results in mild illness or even lung infection.

Trichinosis is a very common disease found in humans caused by the roundworm. The roundworm can easily migrate inside the human body and gets into the muscles. This type of illness develops from eating wild game which is not cooked properly. Trichinosis illness is numerous cases reported in the United States.

This is a rare fungal infection caused by the Histoplasma Capsulatum fungus. This disease triggers inside the body by inhaling spores of the fungus found in soil. Some of the common symptoms include cough, fever, chest pain, and shortness of breath.

🔵Efficacy And Risks Of Statins In Preventing Cardiovascular Diseases In Adults

Now that you have got a clear picture of parasitic diseases that are transmitted from animals to humans. If you suspect having infected, make an appointment with an expert physician. Diagnosing this illness help lower the impact on your health. Early treatment even helps in masking you from further effects, and it also prevents the spreading of infection to your fellow beings.