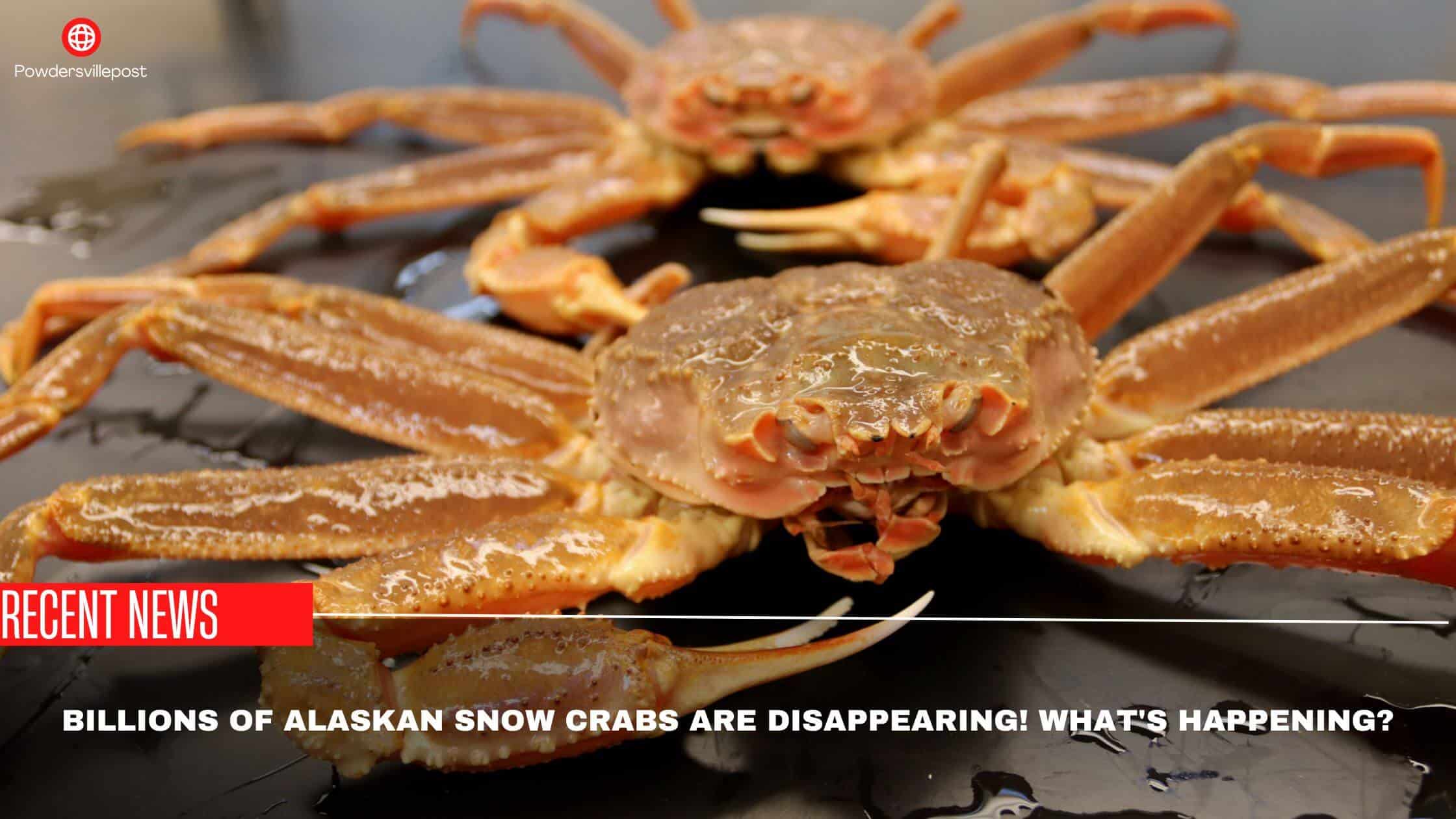 It has been the first time in history that the snow crab harvest of Alaska has been canceled. The reason is the disappearance of billions of Snow crabs from the cold waters of the sea in recent years. The Alaska Fishery Department has stated that the number of Alaska Snow crabs has reduced even below the threshold levels. This decline has been for the first time so far. The rate of decline has been more than 120 percent.

There were around 8 billion snow crabs in 2018, but according to the latest estimates, the number has been reduced to less than 1 billion. The shocking part is that such a downfall has been recorded in less than 3 years. As per the existing conditions, there is a great possibility that the snow crab fest and the red crab fest will also be closed for a second year. This incident has necessitated the need to find out why this huge gap can be detected in the population of the Alaska Snow Crab.

One of the most important reasons why the existing population of snow crabs has been reduced is the increasing incidences of fishing. These fishing incidents are probably more than the natural replenishment rate of these crabs. It concerns not only crabs but also the overfishing of shellfish and groundfish.

Factors such as global warming and an increase in the temperature of seawater are also one of the most important reasons why the population of the fauna of the sea is depleting at higher rates.

The changes in climatic factors and the interference of human beings in the natural ecosystem of crabs also constitute important contributors to the reduction in the number of crabs. This alarming disappearance of the crabs has questioned the sufficiency of the efforts made by the Government to protect the number of vulnerable snow crabs so far. Increasing pollution and the cold water temperature in which these crabs usually survive have made it difficult for the snow crabs to exist. That is why they fall into the category of vulnerable species now. The report published in 2018 describes global warming as the reason for all of these changes.

A lot of consequences have followed as a result of these effects. The temperature inside the ocean has increased by four times in just 3 years. Most of the icebergs in the ocean have melted recently, due to which the sea level has increased. An increase in sea level and increasing temperature do not constitute a suitable environment for the snow crabs to survive.

A period of at least 3 to 4 years is essential to boost the population of these snow crabs over time. The Government has also given the orders to shut down all the industries in proximity to the ocean for some time so that pollution could be reduced. Pollution also absorbs a lot of temperatures and can be a reason to increase the temperature of the ocean. It is only with the collective efforts of the Government and the public that this problem can be put to an end.

It can be concluded that individuals can’t bring the maximum amount of change until and unless the efforts are not consistent. Consistency in the efforts can be achieved with the help of different measures to reduce global warming. All of this can be useful in the long run to bring the desired change in the environment for the protection of different species.