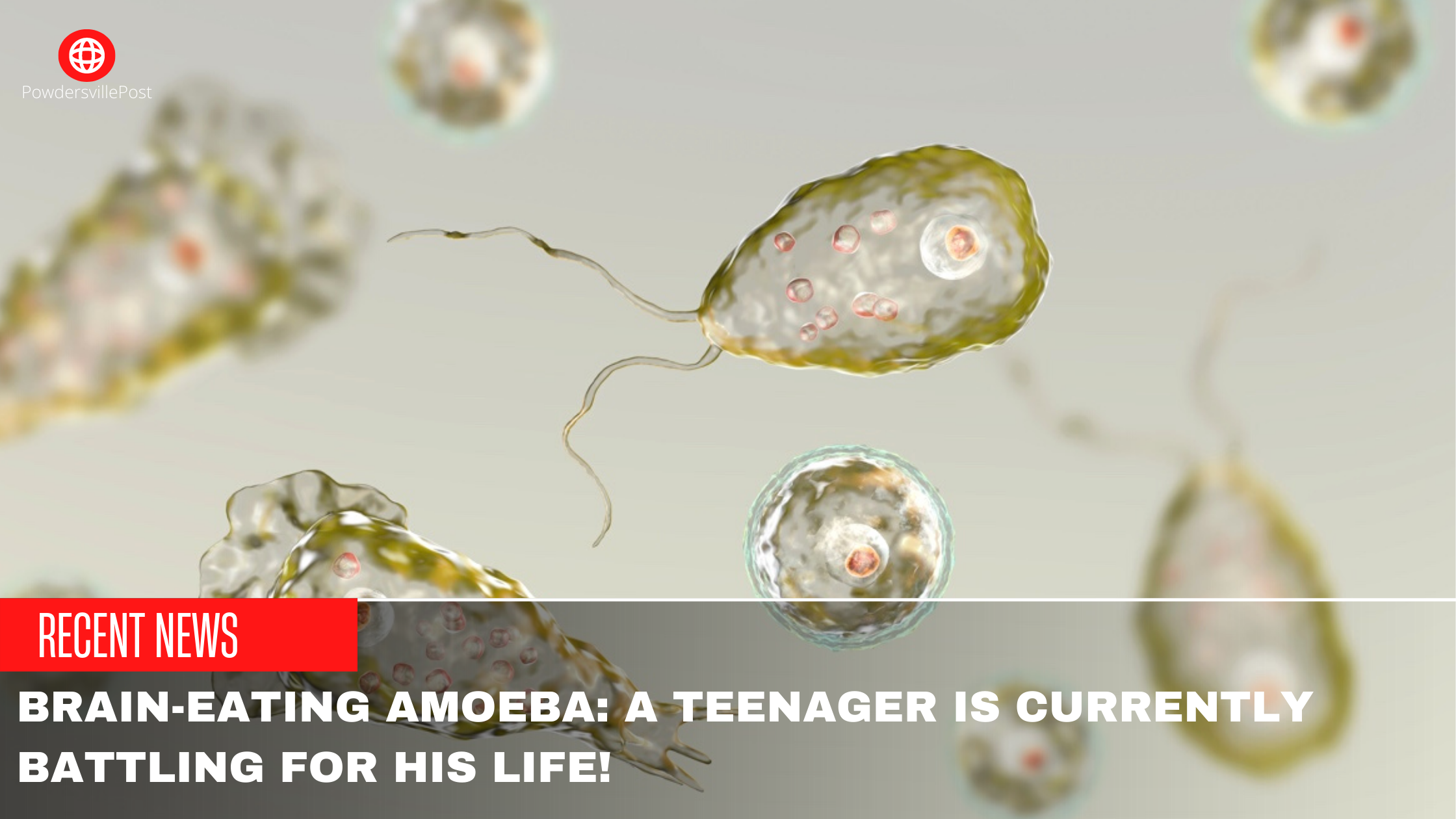 The beach at Lake of State Park, Iowa will be closed on July 27th, 2022, after the confirmation of a brain-eating amoeba infection. A teenager who swam there was hospitalized for fever and lost mental clarity and was diagnosed that he was infected with Naegleria fowleri, a dangerous amoeba that causes a mortal disease called primary amebic meningoencephalitis (PAM).

Victim Of Brain-Eating Amoeba Is Fighting For His Life!

It is reported that a teenager who is the victim of a brain-eating amoeba infection is fighting for his life. The teenager from Florida had exposure to water at the beach at Lake of State Park, Iowa as part of a family trip a week ago.

The child felt uneasiness, fever, and lack of mental clarity, and the family took him to a hospital. Then, doctors realized that he is slowly going through a kind of hallucination and had a more advanced diagnosis. As a result, doctors identify the foreign body that causes infection in the child’s brain – Naegleria fowleri. The amoeba is deadly as the fatality rate is more than 97%. According to the data provided by the Centers for Disease Control and Prevention, only four cases have survived the amoebic infection caused by Naegleria fowleri.

Do They Really Eat Our Brains?

Brain-eating amoeba or Naegleria fowleri is a free-body amoeba that eats bacteria present in the water bodies. It destroys the brain tissues once entered the brain. They may penetrate your nose and enter the brain. It is not as easy to process and the infection is not common but very rare.

What About The Rate Of Infection?

Brain-eating amoeba infections are not common. It is a very rare case. Only 31 cases are reported from 2012 to 2021. Drinking polluted water cannot be a reason for brain-eating amoebic infection. The infection will not transmit from person to person. The only possibility which is very rare is the entrance or penetration of amoeba through the nasal cavity to the brain.

Symptoms Of Naegleria Fowleri Infection:
According to the CDC instructions, the early symptoms of Naegleria fowleri infection include frontal headache, fever, nausea, and vomiting. As the hour’s pass, more symptoms like stiffness in the neck, seizures, mental issues, and coma may develop. The human brain started to swell by the infection of brain-eating amoeba as it tries to fight against the foreign body and the amoeba starts releasing toxic molecules. This swelling leads to death in most cases.
The difficulty in diagnosing the disease makes things complicated as the situation gets worse very fast. Most of the cases are diagnosed and reported only after death. The similarity of symptoms to bacterial meningitis or common brain infections is an important reason for delayed diagnosis.

How To Prevent It?

It is good to take precautionary actions to stay away from brain-eating amoeba infections even though they are not common. It is better to avoid swimming in comparatively warm water. Still, saline bodies with loose bottom sediment are more likely to have brain-eating bacteria. Even a noise clip can help you to an extent.

How Many Cases Are Reported In The US?

Brain-eating amoeba infections are not common. We can see only 154 reported cases of brain-eating amoebas were found. The deadly part is that among the 154, just four survived, and the others surrendered to death. The first reports were in 15 Southern-tier States. More than half of the cases were from Florida. An average of 0–8 laboratory cases are reported a year. Unfortunately, most of them are diagnosed during an autopsy.

How Is Temperature Raise Related?

Brain-eating amoebas are more active in warm water. A temperature rise in freshwater lakes and rivers is considered to be a reason for infection. Most cases are reported in southern states during the middle of summer.

How To Treat Brain-Eating Amoeba Infection?

There are many brain-eating amoeba infection cases that have successfully recovered and returned to their normal lives. Fast diagnosis and early intervention are the major reasons behind these success stories. Doctors use many treatment modes, including cooling the body to make the organism inactive and reducing swelling of the brain. Antifungal drugs are also being used to fight amoeba.