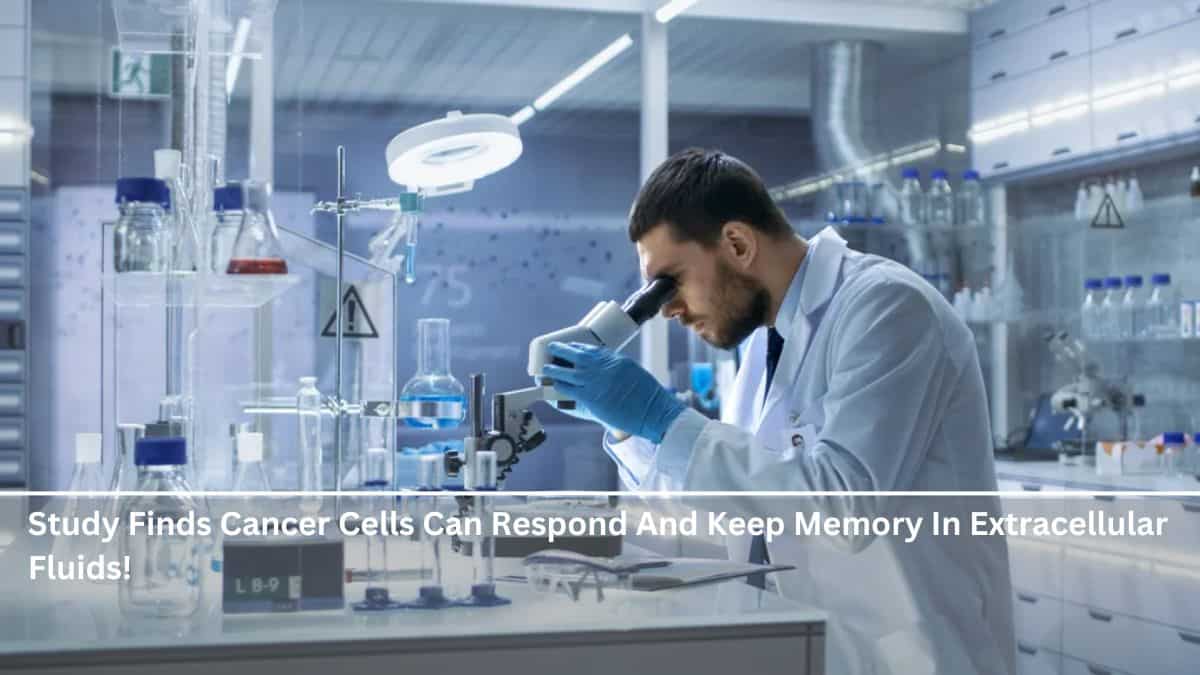 In a new study, it has been found that cancer cells respond and keep memory to different kinds of extracellular fluids. The research study was done together by Dr.Konstantinos Konstantopoulos of John Hopkins University and Dr. Miguel A. Valverde of UPF and teams from the USA and Canada. Research has been initiated over the past 6 years trying to understand how cancer cells use ion movement through mechanically activated ion channels.

This acts as a stimulus in deforming cell membranes and also to further move out of the space to other parts. The results of the first study have been published in Nature and Nature Communications. In the research, they saw that cancer cells can move in confined spaces by absorbing water from the leading edge and releasing it at the trailing edge. This was done without any molecular interaction with the walls of surrounding tissue.

Dr.Miguel Valverde compared the movement to a fictionalized propeller of a submarine in the novel “The Hunt for Red October” by Tom Clancy. Cells accumulate an ion transport system in its leading edge, a sodium/proton exchanger (NHE1) charges the cells with sodium that in turn increases osmotic pressure and allows water to enter the cells.

This is succeeded by the activity of the SWELL1 protein in the trailing edge where a chloride channel is activated in the presence of water and this helps in the exit of water and chloride. All of this facilitates a coordinated action inside the cell leading to its movement inside a space. Finally, the researchers concluded that this process is necessary for the movement of cancerous cells out of the blood vessels and in metastasis development.

🔵Damage To Cancer Cells Is Limited By Telomeres: Fiction And Facts

The second study which was published in Nature focused on the effect of the viscosity of liquids and how it can affect the movement of cancer cells. Viscosity is the resistance that a liquid exerts on an object that moves in or with it. Researchers have proved through the study that higher viscous environments enable the faster movement and even exit of cancer cells from blood vessels.

The international team made some startling findings that the cancer cells not only move through highly viscous environments but they also have a memory of such environmental changes that they will have to confront in their journey. They develop a kind of “mechanobiological memory” to speed up the spread of cancer.

According to Dr.Konstantopoulos, study coordinator, The majority of cell biology research has been conducted in liquids with viscosities similar to water. This is the first study of its kind where the cell activity is investigated in viscosities that are comparable to those in both healthy and ill patients’ physiologies. Dr.Valverde observed that the results of the two studies also paved the way for the importance of multidisciplinary collaborations between theoretical Biophysicists, geneticists, bioengineers, physiologists, and cell biologists.

He said that each of these disciplines can have its own approaches which can be mutually complementary in finding solutions to complex areas like cellular activities. Future research can also look at the development of biosensors that operate in real-time to measure the viscosity of the extracellular fluid and also to monitor the activity of cancer cells in humans and animals.

Dr.Valverde also expressed hope in these new discoveries as he believes that even though these don’t have any direct effect on formulating any kind of treatment therapy for cancer or related diseases, it will definitely help understand the ways in which cancer cells work around inside the human body. The pathways that a cancer cell chooses and the environment which boosts its activity can be made as target points to develop cancer therapies in the future.