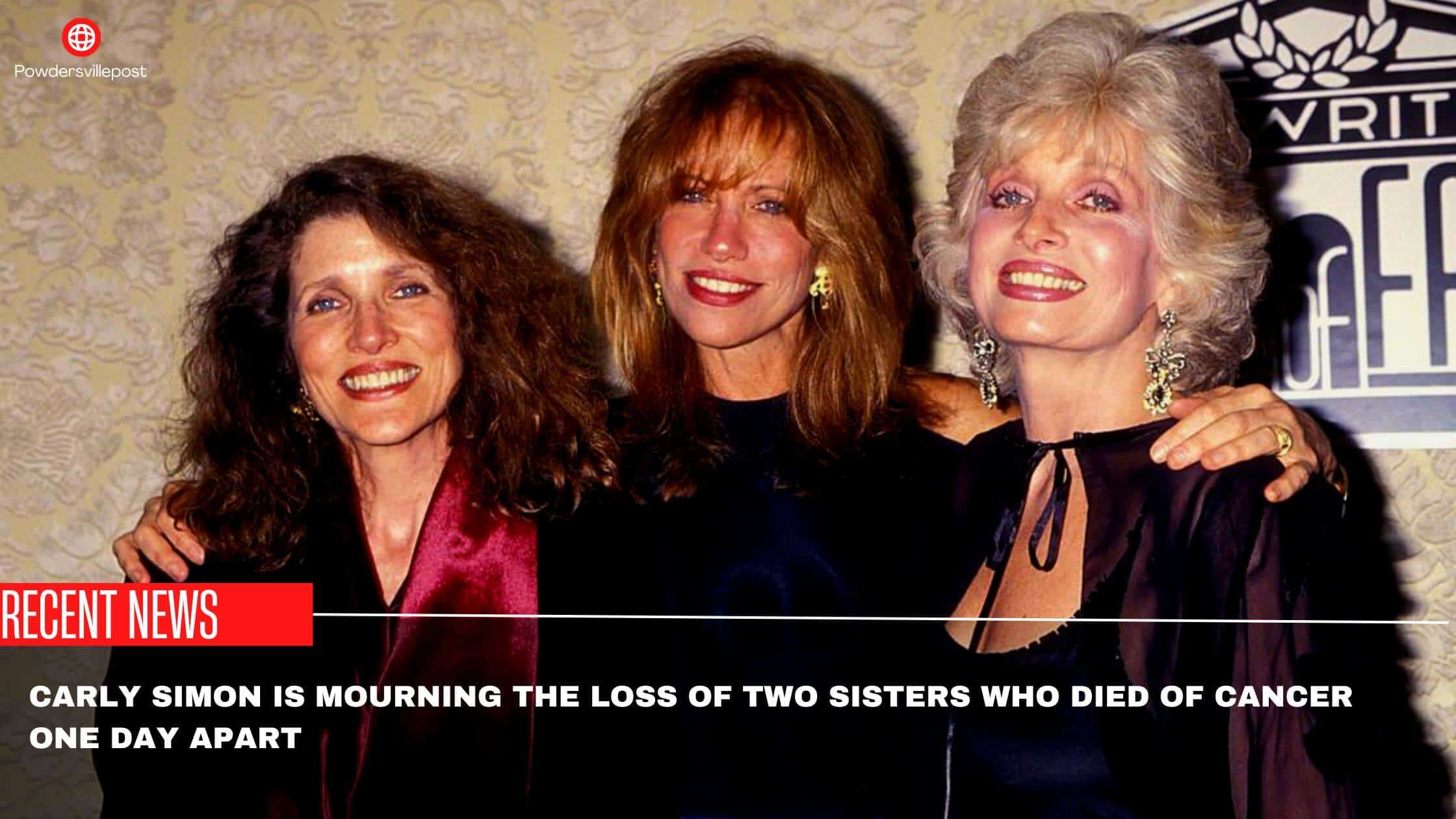 Life can be very unpredictable at times. Something similar to this happened with Carly Simon. She is now mourning the death of her two elder sisters, Lucy and Joanna. Both of her elder sisters have been fighting cancer for a long period. The biggest loss she incurred was that both of her sisters died in just 2 days, with a gap of one day between their deaths. The Three Sisters are considered to be the strength and support of each other. But now only Carly Simon is left.

All the Three Sisters were famous in one or the other field. The eldest of all the sisters, i.e., Joanna Simon, was a famous Opera singer. She was suffering from Thyroid cancer and died at the age of 85.

On the other hand, after Joanna came Lucy. She was the manager of the music departments of the companies and was also responsible for the composition of the famous Broadway musical titled The Secret Garden.

She has also been a famous personality. She died at the age of 82 and was suffering from breast cancer. The loss of two such great personalities has been a Haunting experience for the youngest sister to digest in the first place. Carly Simon could not even imagine in her wildest dreams that she would be losing two of her elder sisters so soon and one after the other. But she also understands both of her sisters’ beautiful and incredible lives.

That is why she stated in an interview after their death that mourning for them would be incomplete until and unless respect and tribute were paid to these super-talented souls so far. She promised herself that she would always uphold the memories of her sister. She considers it her duty and the biggest tribute to her sisters. All of this has been able to depict the immense love and attachment among the sisters. It is important to honor the memories they have left professionally and personally. The collection of these memories is enough to sustain the rest of the life that is even left with Carly Simon.

All the Three Sisters were personally and professionally connected. They shared a very strong bond. They had been the strength of each other. The eldest sister was very famous in 1960. That was when she supported her younger sisters in developing a name for themselves in the industry.

Even after getting married, she did not lose the bond with her sisters, Carly and Lucy. Both of the Other sisters even performed together as the Simon sisters. They used to perform for different types of folk clubs.

It was only because of their hard work of Lucy that different types of albums were released. These include Lucy Simon and Stolen Times. All the albums that these sisters have released have been accredited with prestigious Grammy Awards. Almost everyone loved their performances; this was the biggest break in their careers.

🔵Heather Robertson’s Family, Physical Appearance, Career, Death Cause Of Her And Parents

🔵Tragic Death Of Billionaire’s Son!! Juan Carlos Was Killed by Propeller After Jumping Off Boat To Save Fiancée

All the colleagues and workers associated with these two sisters mourned the death of these talented souls. The kind of love and cure shown in the family depicts the reputation and Goodwill that all of them enjoyed in the industry. This is the most beautiful aspect of their lives.

It can be concluded that this is one of the most useful aspects that must be considered. Music Never Dies, and these sisters’ contribution to music will always remain alive in the heart of the people. Carly would also be responsible for becoming a better version of herself and achieving strength in one way or another.