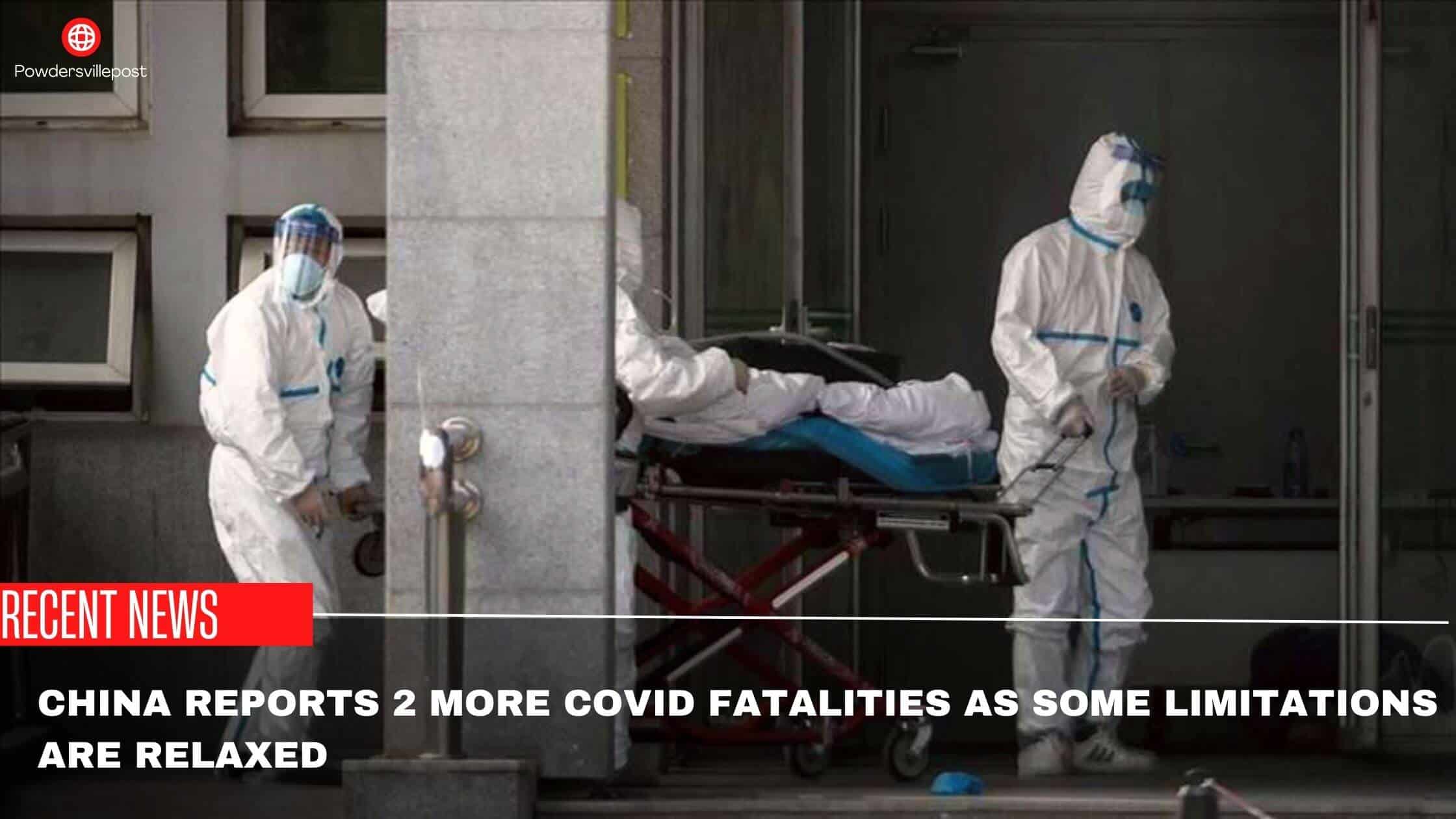 China confirmed two more covid-19 deaths on Sunday, as several localities slowly relaxed anti-pandemic regulations in response to public resentment.  The cases were reported in the provinces of Shandong and Sichuan.

The information about the patient such as vaccination details or the age of the victims was not revealed by the authority of the health commission.

According to such statistics and the fact that just a small portion of Chinese people have been exposed to the virus and developed antibodies, some people worry that if limitations were eliminated, millions of people would perish.

The nation announced a zero-Covid strategy to control the spreading of viruses. It aims at not allowing a single infection to happen in the country and also aiming to make an infection-free society for a long period which can be achieved by ensuring that all infected people are strictly isolated regardless of their health and all the members in the community are segregated at home where a single case has emerged until no new infection has occurred in the isolated group.

Mass testing was carried out in the places where more cases have been reported.

The last big nation to attempt to entirely halt transmission through lockdown, quarantine, and mass testing is China, where the virus was initially discovered in late 2019 in the central city of Wuhan.

It is claimed that the communist party in power is adamant about sticking with its hardline stance because of concerns about the vaccine rate. Many cities in china announced the ease of coronavirus restrictions to the public anger in china.

The authorities took steps to ease the restrictions which varied across the country in previous weeks. The people will no longer have to show COVID test reports to take public transport, and taxis and to visit “public areas’.

The Southern technological manufacturing of Shenzhen said that commuters no longer need to show covid negative reports to use public spots such as shopping malls, parks, pharmacies, and tourist attractions.

Riders can board buses and subways without a virus test for the first time in a month, according to Beijing and some other cities in china. The slight relaxation of testing requirements follows weekend protests across the nation by citizens fed up with the strict enforcement of anti-virus restrictions that are now in their fourth year of pandemic even as the rest of the world has opened up and started a new beginning.

Many restaurants and cafes have gradually opened with takeout options available. But  Daily virus infections are at nearly record high levels at the same time. From the past 24 hours, China announced 35,775 other cases from which 31,607 were asymptomatic, bringing its total to 336,167 with 5,235 deaths.

Even though many have questioned whether the Chinese figure is accurate, they still represent the lower number when compared to the united states and other countries, which are now easing restrictions and trying to follow normal life by attempting to live with the virus which has sickened nearly 650 million people and killed at least 6.6 million people globally.

The Chinese people are fed up with restrictions imposed by the authorities and the outcome of public anger made the authority lift some of the restrictions but China is in a state that is struggling to control the growth of the coronavirus in the major cities.

Previous reports stated that people are getting affected by the virus after removing certain COVID -19  restrictions.