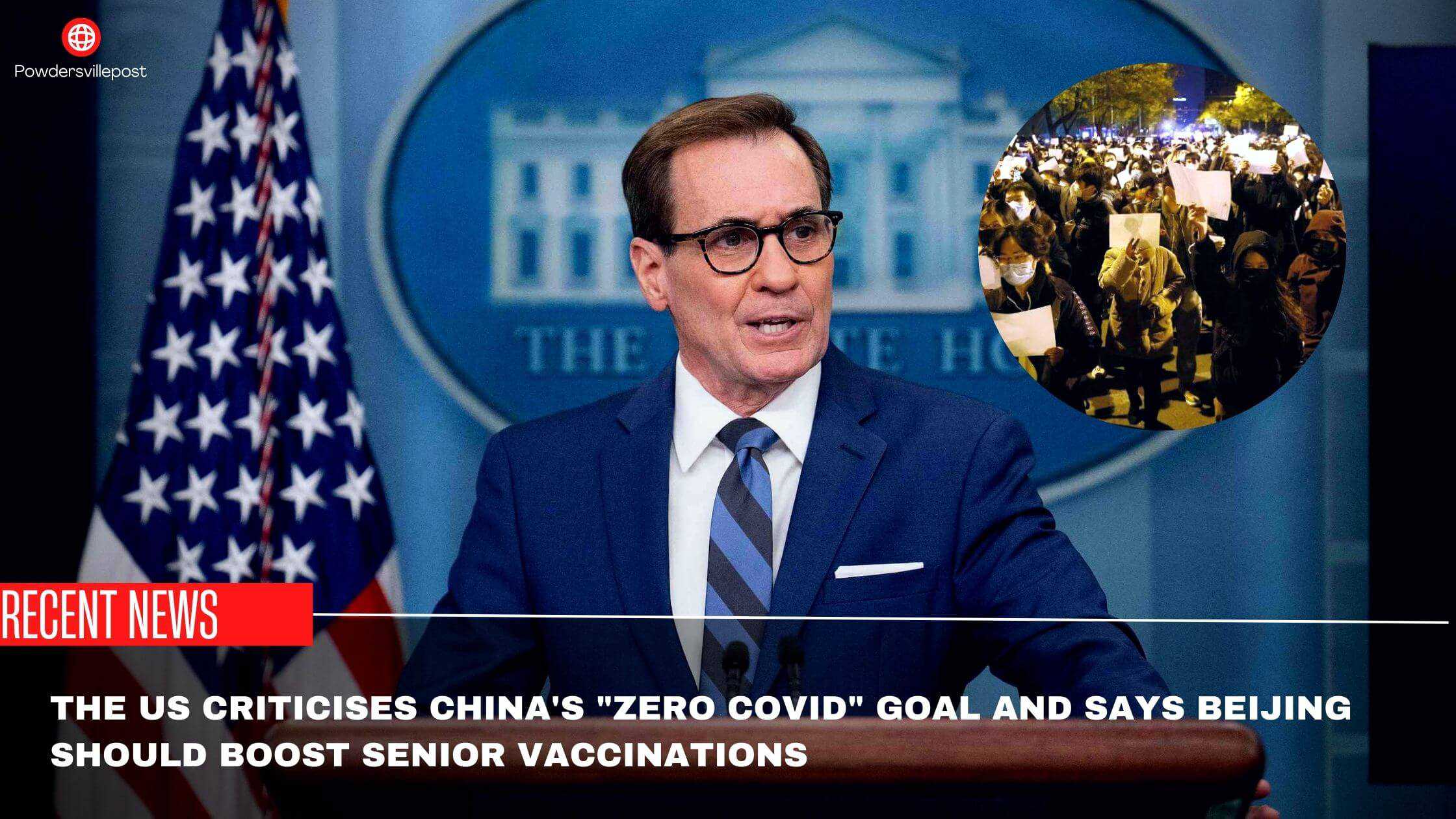 One of China’s world’s harshest pandemic control strategies has been in place for almost three years. Many people find it annoying since it feels like too much control, yet it has started closing borders and implementing lockdowns around the nation.

China has also accelerated its COVID-19 mass testing efforts to slow the coronavirus’s spread. The White House has blasted Beijing’s zero Covid plan in light of the strict rules.

The White House has criticized the tactic as unproductive and asserted that Chinese citizens have a right to peaceful demonstrations. In addition to being on American soil, the United States encourages people to understand their universal right to freedom.

The Public Strongly Opposed To The Zero-Covid Approach

The public and media personalities have been strongly opposed to the zero-COVID approach, despite Chinese President Xi Jinping’s praise for its achievements.

According to Jinping, the strategy has prevented fatalities. Jinping has also made sweeping assertions that China has begun an all-out people’s war to halt the virus’ spread, but the battle will not likely end. Rare demonstrations against Covid lockdowns started to occur in several major cities due to the oppressive lockout.

Most of the protests over the weekend were concentrated in Beijing, Shanghai, Urumqi, and other cities. The virus initially appeared in Wuhan nearly three years ago. But despite this, China keeps enforcing rigid social restrictions to stop Covid outbreaks.

The citizens’ lives have become nearly intolerable due to the bogus assertions. China insists the battle is ongoing, while other big nations, including the US and India, have won and effectively restored order to the populace’s lives.

What do medical specialists think about the situation in China?

Even while this year has seen a significant improvement in the situation, the US Covid approach continues to emphasize raising vaccination rates. The representative claimed that the US is improving access to diagnosis and treatment.

Estimates at the moment place the number of Covid-related fatalities in the PRC since the pandemic started at over 30,000. But more than a million people have passed away, according to the US branch of the World Health Organization.

The foremost authority on infectious diseases in the United States, Dr. Anthony Fauci, recently presented his observations about China’s aggressive COVID approach. He noted that China’s handling of Covid needs to make more sense from the public health standpoint.

The elderly are among the populations most at risk from COVID, Fauci emphasized. China has lower vaccination rates for the elderly than other nations, nevertheless. In China, the immunization program first targets individuals in crucial positions, followed by those between 18 and 59.

The list of vaccine priorities is ranked lowest for those 60 and older. This tactic is cold and heartless, and it makes no sense. As the world’s most populous nation and one where the bulk of the population is aging, it appears that China aims to eradicate the elderly. Fauci also questions the assertion that Chinese vaccines are effective.

The authors of the China CDC research claimed that because China’s domestically made vaccinations are ineffective, older people are more dubious of the vaccine. The skepticism seems pretty reasonable because not enough senior persons were enrolled in the therapeutic trials.

As a result, when the vaccination campaign began, there needed to be more information on the vaccine’s safety and effectiveness for those in the older age range.