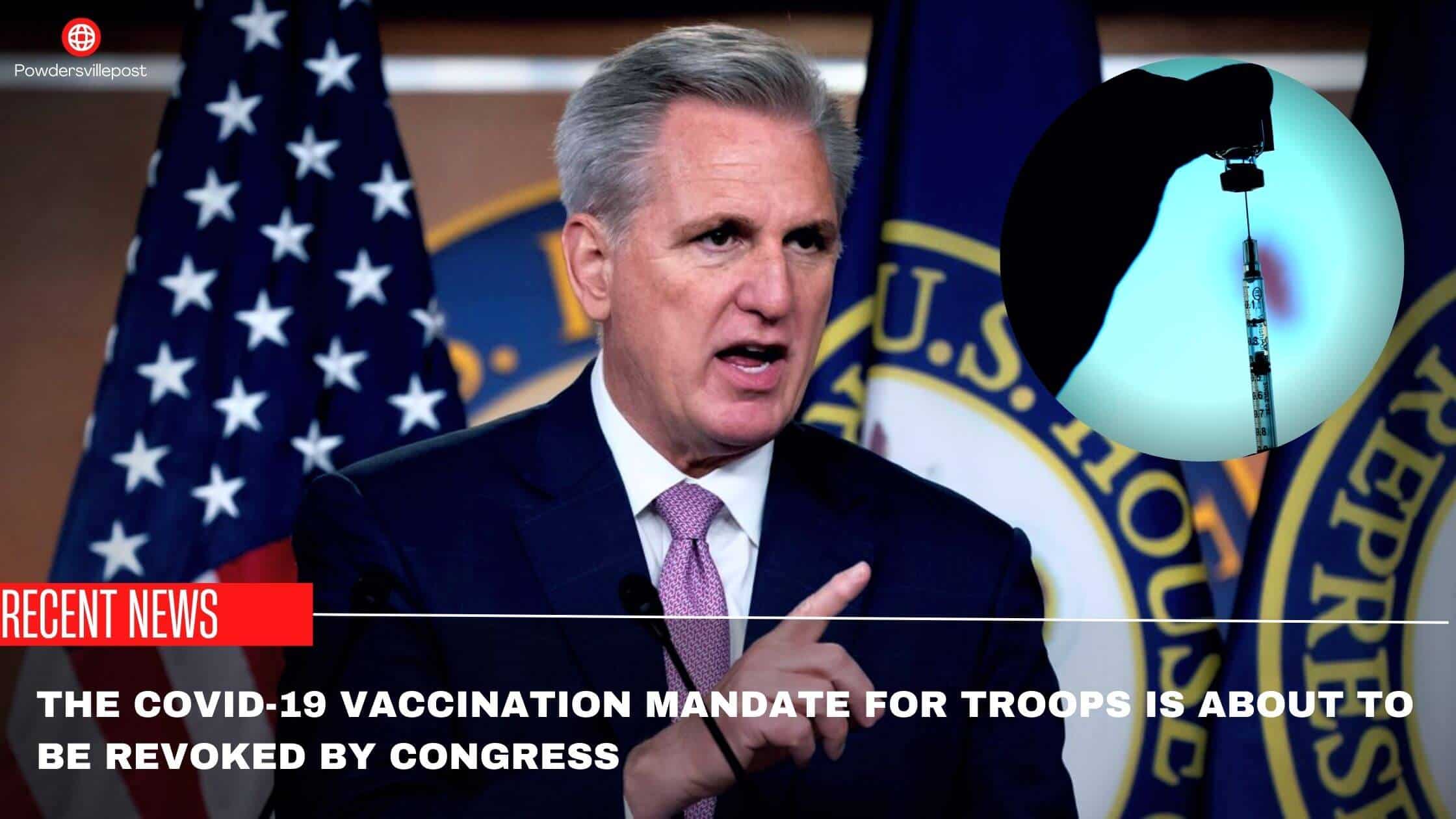 It was during the period of the covid-19 that the country of the United States of America decided to make it mandatory for all the recruitments to the US military to ensure that they have been vaccinated. But recently, Congress has decided to do away with this mandate after passing the annual defense bill.

According to the content of this bill, military Troops are no longer required to get themselves vaccinated before joining the force.

However, it has continued to raise concerns concerning the overall safety and retention of the candidates. Congress and the republicans are contemplating the introduction of certain amendments to the bill so that all the issues can be settled.

The voting has already been done, but some opposition members are forcing the government to take back the account as soon as possible because it is a matter of national security and National Health. The ruling government believes that the removal of this vaccination requirement is an essential requirement for the defense bill to get passed.

What Are The Issues With Keeping The Mandate?

There have been a lot of issues regarding the safety of vaccines and the long-term impact of the vaccines on the help of the individual. Some cases have reported a fall in the immunity and retention strength of the individual after getting vaccinated.

Military personnel does not want to indulge in any activity which has the effect of reducing their power and strength over some time.

That is one of the most important reasons they desist from vaccinating. Apart from this, the number of recruitments made during the period when the vaccination was mandatory for joining the military was considerably low compared to when there was no such requirement.

The lack of military men will pose a threat to the national security of the country. That is why prompt action in this regard is necessary. The government is vouching for the removal of this clause as soon as possible so that normalcy can be retained by removing this unnecessary policy.

What Does The Opposition Say About This?

However, as per the opposition’s reasoning, it might not be safe to scrape down this policy because the threat of covid 19 is still ongoing.

The mutated versions of the virus continue to haunt the people of the United States of America even after two years have passed since its arrival. If any virus infects the people in the military, then this will cause significant concern for the country as a whole.

But it has not been a factor that could convince the government to keep the policy because the strength of the military has been drastically reduced over time. This priority must be satisfied before anything else is decided because it is a matter of national interest.

All the steps have been taken in this regard so that the policy decision can be enforced. Finding recruitment has never been as complicated and tough as it has been after the introduction of the policy. It can provide enough conviction to remove the procedure as soon as possible.

The bill has been scheduled for next week, and the final hearing will be executed by then. It will be necessary to positively impact the total dynamics of the military formation in the country. It is one of the most critical concerns that must be taken into consideration over the period. The government has already planned the proper course of action for the execution of the same.