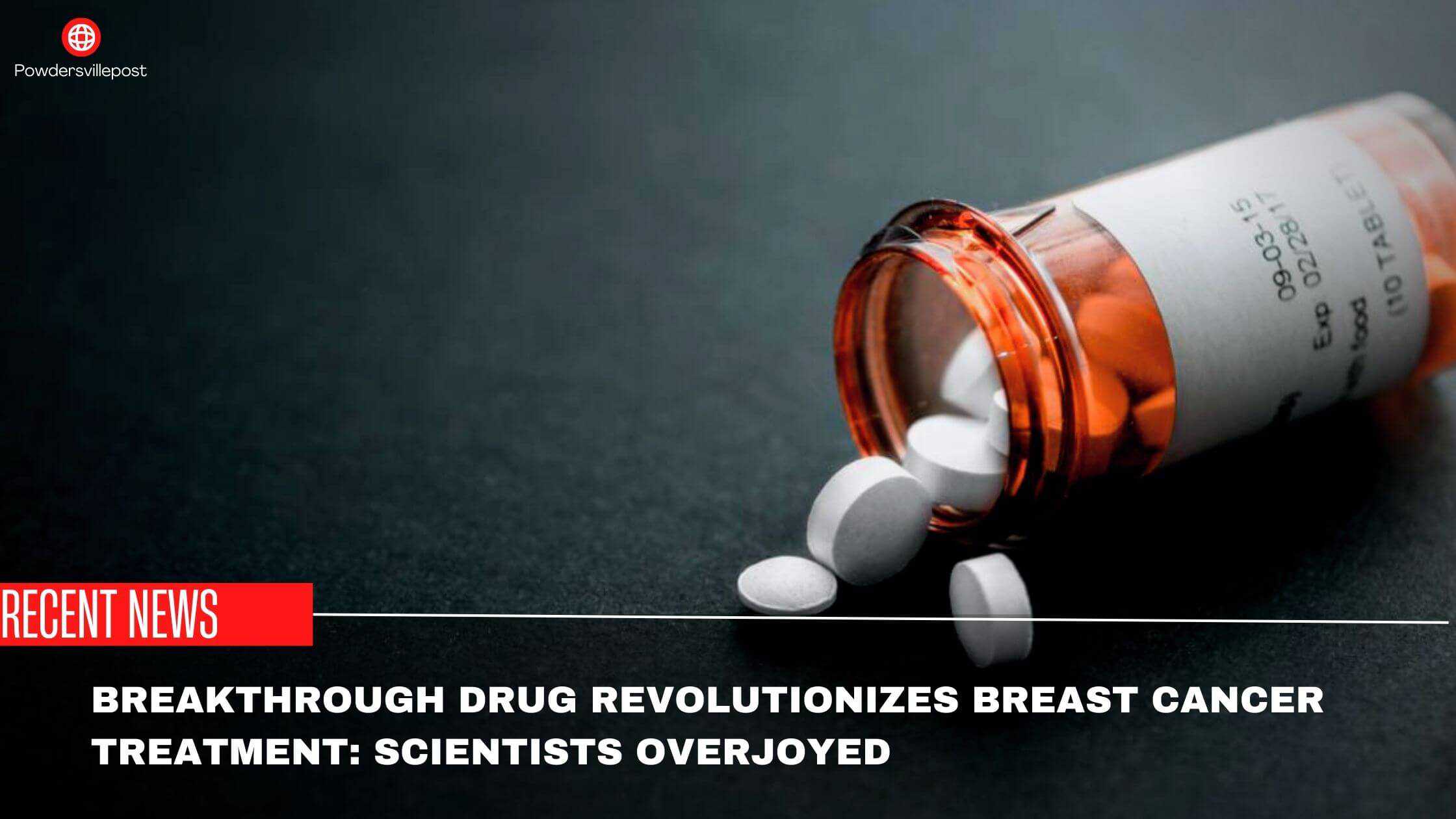 Talking of revolutions, the medical field, more specifically the cancer field, has initiated a revolution and is creating waves across the world.

The development of a groundbreaking drug that may be able to slow the growth of breast cancer has given women who have been plagued by the disease great hope.

Experts were reacting to the news with immense joy as such a breakthrough offers as much inspiration as it gives relief.

The research results, which were introduced at the San Antonio Breast Cancer Symposium, suggest the drug as a potential new treatment option for people with breast cancer that is estrogen receptor (ER) positive but HER-2 negative.

Scientists hailed the development as a “major success story for UK science” that may benefit 8,000 British women annually.

In patients with advanced stages of the most common type of breast cancer, capivasertib, the ground-breaking medication, doubled the time it took for cancer to progress when combined with hormone therapy.

The trial included 708 adults with breast cancer that was HR-positive, HER2-low, or -negative and that had progressed or recurred during or after a particular course of treatment, and nearly 25% of those who took the medication saw a reduction in their tumor size.

AKT, a protein molecule that fuels cancer, is inhibited by the drug capivasertib, which may be a first-in-class treatment. AstraZeneca, a pharmaceutical company, was discovered after working with Astex Pharmaceuticals on a drug discovery research program at The Institute of Cancer Research in London.

The fact that the research’s findings apply to about seven out of ten newly diagnosed cases of breast cancer is another noteworthy aspect of its findings.

Professor Kristian Helin, CEO of the ICR, reaffirmed the optimism and joy by stating that Capivasertib might present a totally “new treatment option” for phase III patients.

For women whose breast cancer has spread, or has reached various organs like the liver or brain, the drug may be a lifesaver.

Capivasertib, which is taken as a tablet twice daily for four days a week, works differently from other breast cancer treatments by turning off the cellular “switch” that promotes cancer growth.

In reality, years of fundamental investigation and hard work at the ICR into the regulation of the AKT protein led to the development of capivasertib. The 3D structure of AKT was published by ICR researchers in 2002, along with information on the protein’s activation.

Capivasertib’s research hasn’t been peer-reviewed or published in a scholarly journal, but the findings are sufficient to present to the regulatory body, the Medicines and Healthcare products Regulatory Agency, at this time (MHRA), the research team says.

Breast cancer is the most common type of cancer in the United Kingdom. Although younger women can develop breast cancer, the majority of women diagnosed with it are over 50.

🔵 Pregnant Women’s Drug Fatalities Have Risen To A Record Level

In Britain, about 55,000 women are diagnosed with breast cancer each year, and one out of every five of these cases is triple negative. In other words, one in every seven women in the UK will develop breast cancer at some point in their lives, with one woman diagnosed every ten minutes.

These significant numbers reveal that approximately 11,500 women die from the disease each year, a startling statistic.

Breast Cancer Now, a charity in the UK created in 2015 through the union of Breast Cancer Campaign and Breakthrough Breast Cancer, urges women to check their breasts for cancer at least once every six weeks because an early diagnosis can prevent women from dying from the illness.