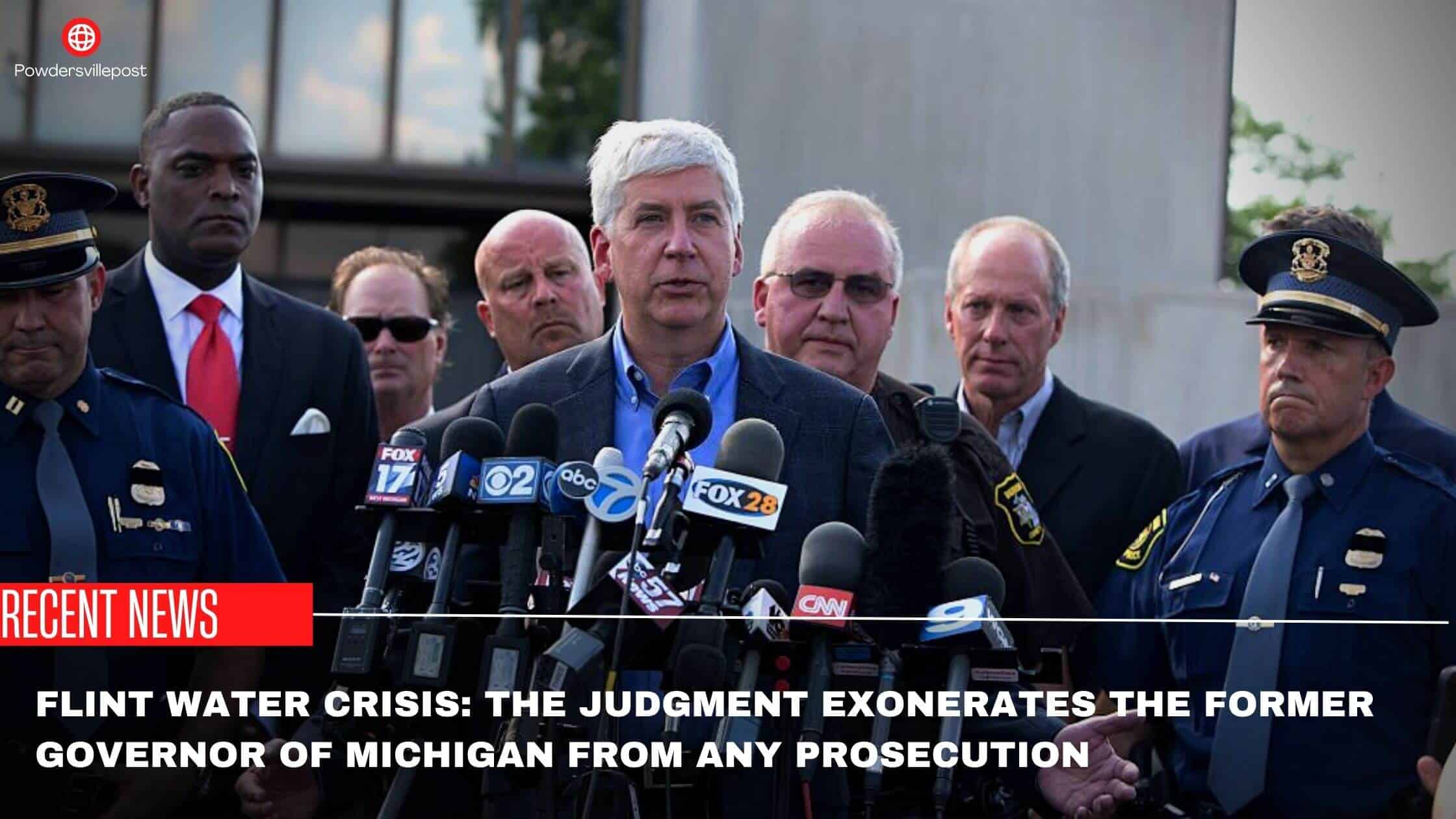 Flint residents of Michigan have long been waiting for a knock on their doors which would see justice being delivered. But despite waiting for years, justice wasn’t only delayed but was consistently being denied without any mercy.

In the most recent development, Rick Snyder, the former Governor responsible for the tragic unfolding of the Flint Water Crisis, was dismissed from his charges by a judge.

The Flint, Michigan, water crisis started in 2014 when the city switched its drinking water supply from Detroit’s system to the Flint River to save money.

Under Rick Synder’s governorship, inadequate water treatment and testing resulted in a slew of major water quality and health issues for Flint residents—issues that were routinely ignored, overlooked, and dismissed by his fellow government officials, even as complaints mounted that the foul-smelling, discoloured, and off-tasting water piped into Flint houses and apartments for 18 months was resulting in skin rashes, hair loss, and itchy skin.

After discovering serious mismanagement, residents petitioned the US Environmental Protection Agency (EPA) to initiate an immediate emergency government response to the tragedy.

First Governer Ever With Charges Of Crime

Aside from that, in early 2016, a coalition of citizens and groups, including Flint resident Melissa Mays, the local group Concerned Pastors for Social Action, the NRDC, and the ACLU of Michigan, sued Snyder and state officials to ensure Flint residents had safe drinking water.

Snyder was therefore charged with two misdemeanour counts of willful neglect of duty after leaving office in 2019. He became the first person ever charged in the history of the state with crimes allegedly committed while serving as governor.

A requirement of the lawsuit was the replacement of all the city’s lead pipes as well as proper lead testing and treatment of the water. The coalition filed a motion in March 2016 to ensure that all residents—including children, the elderly, and those unable to access the city’s free water distribution centres—were provided with urgently needed water.

However, Genesee County Judge F. Kay Behm, the new federal judge in eastern Michigan, ruled that “the charges against (Snyder) were not properly brought and must be dismissed at this time,” weeks after hearing the arguments. This sent the case back to a lower court for the final step.

Despite being disappointed with the temporary verdict, the prosecutors made an effort to keep their spirits up by saying that they are confident that the evidence strongly supports the criminal accusations against Rick Snyder and that they would not give up until they had used every available legal remedy to “secure justice for the residents of Flint”.

At the same time, Rick Snyder’s defence attorney hailed the decision as a victory and angered activists who felt that crimes had been committed and no one had been imprisoned.

The Michigan Civil Rights Commission responded as well, claiming that systemic racism was to blame for the water switch and the dismissal of complaints in the predominantly Black city. They questioned whether such events would have taken place in a white, affluent neighbourhood.

The verdict of the one-judge grand jury is found to be one of the main reasons for Behm’s dismissal of charges. In Detroit and Flint, it was mostly used to safeguard witnesses who could give secret testimony about violent crimes.

Unfortunately, the State prosecutors in the Flint water scandal chose that route to hear testimony in private and obtain indictments against Snyder and others, without taking into notice the possibility of undesirable consequences.

To their dismay, the state Supreme Court unanimously ruled that a one-judge grand jury cannot indict, which put a stop to a favourable decision.

Despite the Supreme Court’s findings, the attorney general’s office is attempting to convince the appeals court to get involved and somehow overturn the judgement. On the whole, the only remaining choice for the Flint residents is to wait until their prayers for justice are answered.