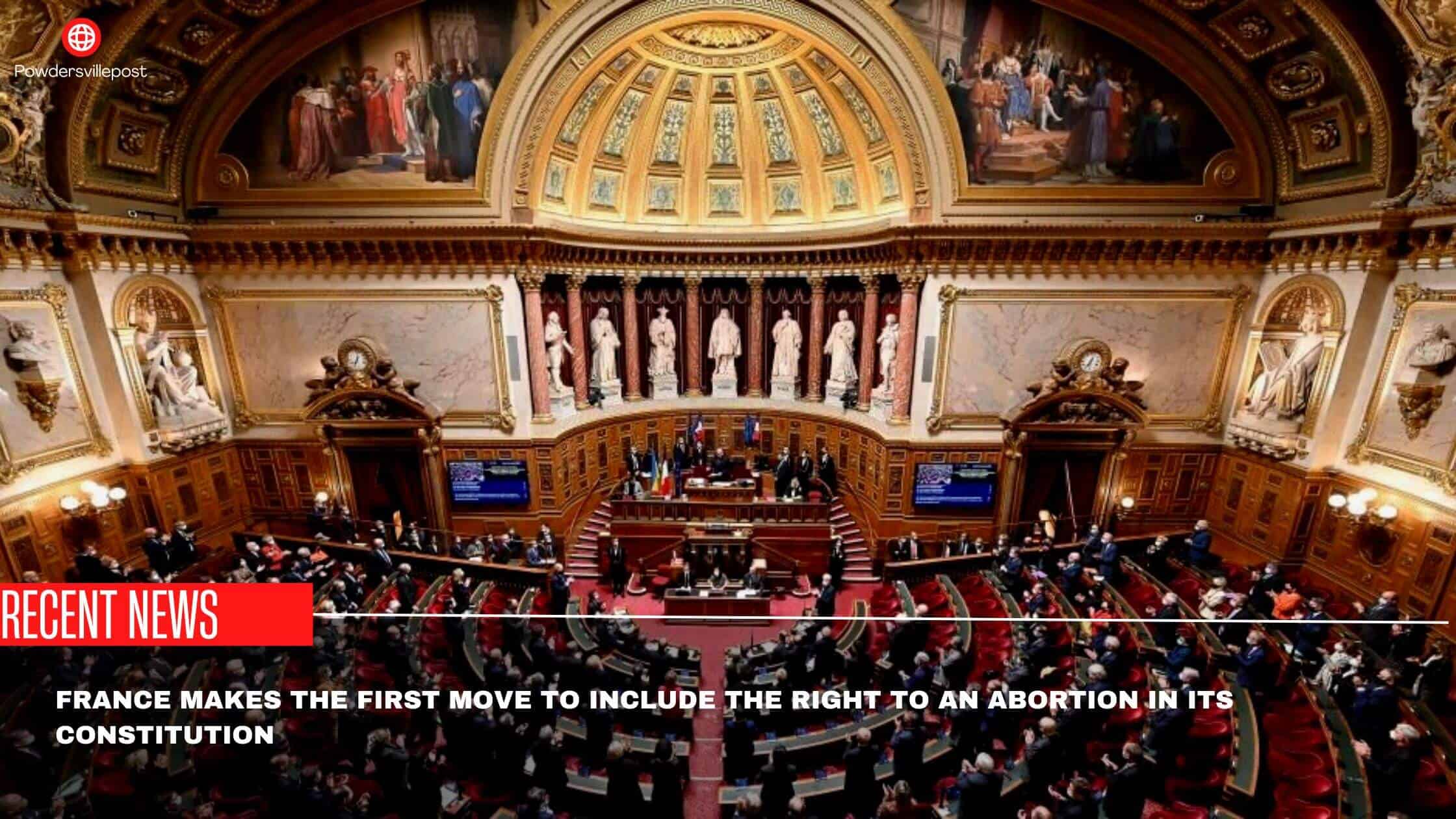 The lawmakers of France supported the proposal to include abortion rights in the nation’s Constitution on Thursday. The move was hailed as a fitting response to the recent overturning of the Roe v. Wade judgment by the U.S. supreme court earlier this year, which struck down abortion as a constitutional right.

The bill was passed by the 557-member National Assembly which is the lower and more powerful house of the parliament of France, with a stunning majority of 337 lawmakers voting for the movement and just 32 against it, with 18 abstentions. The lower house was host to a rare instance of bipartisanship where such majorities are seldom witnessed.

But the bill will now have to go through a complex legislative process facing potential opposition in the Senate, and then a nationwide referendum before the Constitution could be amended.

It seems unlikely that the bill will be rejected considering the fact that more than 80 percent of the French population is in favor of protecting abortion rights under the Constitution, according to an IFOP poll.

Even a recent petition supporting the bill was signed by over 160,000 people, so the vast majority of French citizens are very much in favor of the bill.

The effort to make abortion a constitutional right in France gained a lot of traction from the controversial overturning of the Roe v. Wade judgment in the United States that struck down the Constitutional protection of abortion in the country leaving its states to make their own laws.

Several parties in France including the centrists and the left, increased their push for abortion rights to be written into their Constitution own immediately after the U.S. Supreme Court’s shocking decision.

Thursday’s parliamentary vote is seen by many as a symbolic milestone during a period when abortion rights are coming under a lot of challenges in Europe. The Family Minister of Italy coming from a hard-right government spoke out against abortion and same-sex unions. In Spain, many doctors deny abortion procedures to women and Polan witnessed a near-total ban placed on abortion.

Éric Dupond-Moretti, the Justice Minister said on Thursday that history is full of examples of fundamental freedoms being stripped off easily, especially when it comes to women’s rights.

According to Mathilde Panot, the head of the hard-left French party “La France Insoumise”, the recently passed proposal was meant to reduce the fear that follows when women’s rights are under attack in other places.

Aurore Bergé, leader of the Renaissance party (President Emmanuel Macron’s party), called on lawmakers to vote for the bill. She recalled her mother’s dangerous and painful abortion that took place when it was still criminalized in the country before 1974 and roused support for the bill in the name of all women and mothers who fought for the movement.

Some of the lawmakers were of the opinion that the proposal was unnecessary because abortion rights are secure in France. Some others objected to the broad wording of the proposal that can allow an extension of the legal limits for ending a pregnancy. 14 weeks is the current legal limit within which pregnant women in France are allowed to carry out the procedure.

Abortion was illegal in France until 1975 when it was decriminalized under a landmark judgment known as Veil Act. This year, the French Parliament extended the legal limits of terminating pregnancy from 12 weeks to 14 weeks amid a heated debate on the issue. Compared to other European countries such as Netherlands and Britain where the legal limit is set to 24 weeks, France still falls short in that regard.

No political parties in France are currently opposed to the legalization of abortion but the raging debates on Thursday were about the decision to amend the Constitution. Since changing the law is easier than the Constitution, proponents of the movement want abortion rights to be strengthened by making it a Constitutional right.