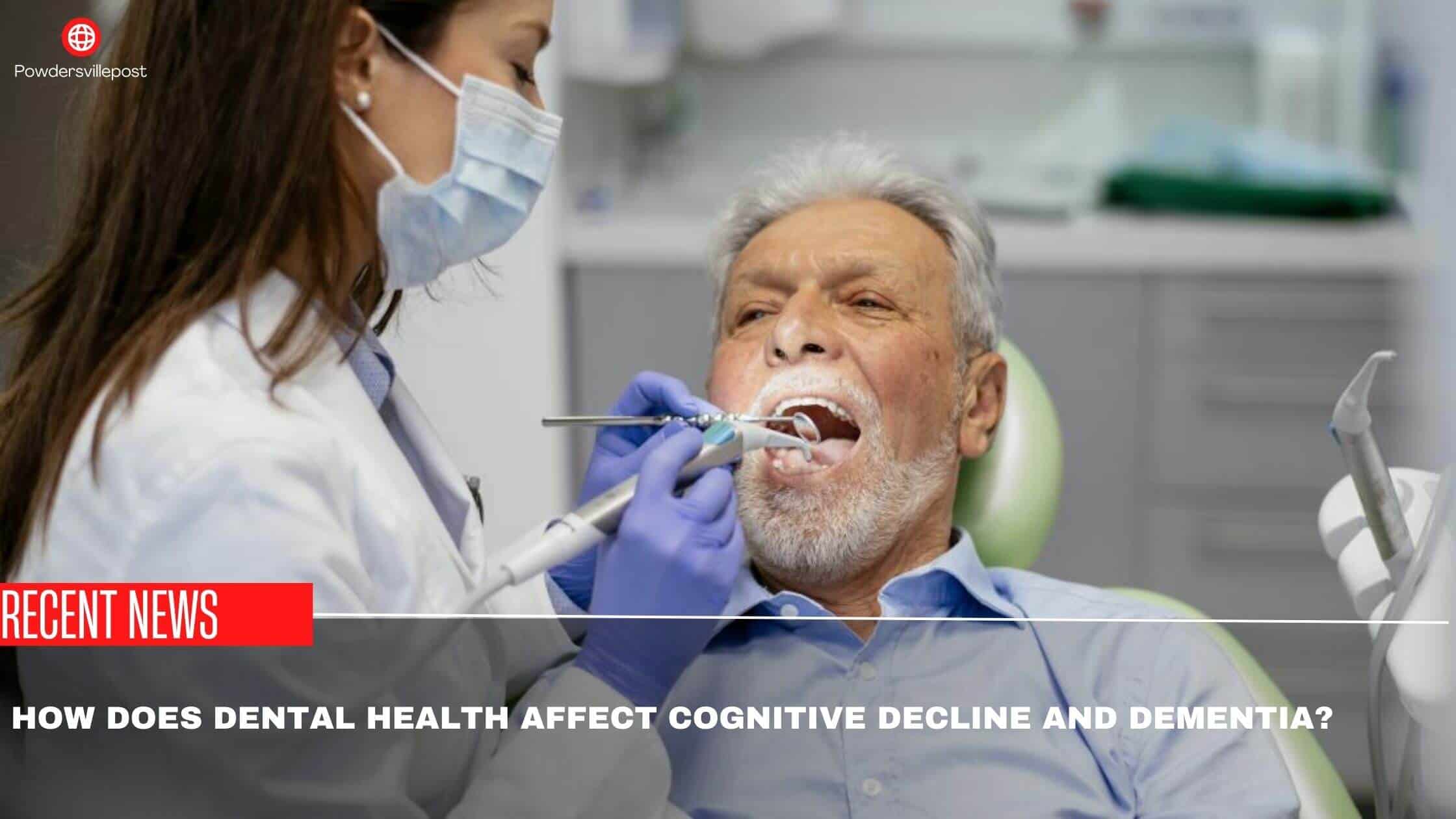 Just because you’re getting older doesn’t mean you have to suffer from dementia or Alzheimer’s disease in your later years, but that doesn’t mean you shouldn’t take the necessary steps to keep your brain as healthy as possible.

A recent study shows that those who maintain good dental health may be able to lower their risk of cognitive decline, which in turn may lead to dementia and Alzheimer’s disease.

Here are some tips on maintaining good dental health and preventing cognitive decline.

The most common form of dementia, Alzheimer’s Disease, is a progressive, irreversible brain disease that causes memory loss and cognitive decline. Symptoms begin slowly but get worse over time.

By the end stages of the disease, a person may be unable to carry on a conversation or take care of oneself. The cause of Alzheimer’s is not yet known.

In dementia, a person’s cognitive abilities decline to the point where they cannot function. There are many different causes of dementia, including genetic factors, physical injury or illness to the brain (such as Alzheimer’s disease), depression, high blood pressure, or diabetes.

How might dental health play a role in the development of cognitive impairment, including dementia?

Dentists have been warning for years that poor dental health is a clear indicator of increased risk for the development of cognitive impairment, including dementia. Streptococcus mutans, a harmful bacteria found in the mouth, can cause tooth decay which, if left untreated or inadequately treated, can lead to cavities.

Cavities weaken teeth, making them more vulnerable to other infections such as fungi. Research has shown that people with high levels of this type of bacteria have higher chances of developing plaque buildup on their teeth, leading to periodontal disease.

Plaque buildup leads to the release of toxins into the bloodstream where they can be distributed throughout the body and contribute to inflammation. There has been a link between inflammation and cognitive decline.

Periodontal disease may also be linked to a weakened immune system, which would affect cognition. However, some studies suggest that there is no connection between oral health and cognitive function.

Since oral health care is closely related to both cognitive function and dementia, maintaining healthy teeth, gums, and supporting structures of the mouth are important for preventing or delaying these types of diseases.

Studies have shown that good oral hygiene helps protect against cognitive decline and dementia. This includes visits to the dentist at least twice a year for routine cleanings, fluoride treatments, professional tooth-whitening sessions, as well as daily brushing with toothpaste.

Are there other factors that may have an impact on dementia?

Besides taking care of your oral health, there are many other factors that could have an impact on cognitive declines, such as; lack of education, stress, alcohol consumption, and smoking.

If you smoke or drink heavily there is a likelihood that this can lead to degeneration in the brain. So if you want to protect your memory try cutting back on these activities.

Mental stimulation is also important for maintaining cognitive function so do not stop learning new things.

Regular exercise has been shown to reduce the risk of dementia by up to 47%. Exercise not only helps with cardiovascular health but also helps keep muscles strong which will help when it comes time for daily tasks like walking upstairs and getting dressed.

How can we take steps to preserve our oral health?

– Brush your teeth twice a day.

– Once a day, floss your teeth or use a water flosser.

– Use an antimicrobial toothpaste with fluoride.

– Take your dentist’s advice on the best mouthwash for you.

– Seek regular dental care to keep cavities from forming, because those are hard to spot on x-rays until it’s too late.

– Drink plenty of fluids as this can help wash away bacteria that cause gum disease.

Tobacco is linked to high rates of plaque buildup, which causes gum disease and eventually leads to loss of bone around the teeth. That in turn can lead to tooth loss if not addressed by a dentist.

Smoking also impairs blood flow in general and reduces oxygen levels in the body, both factors that contribute to cognitive decline.