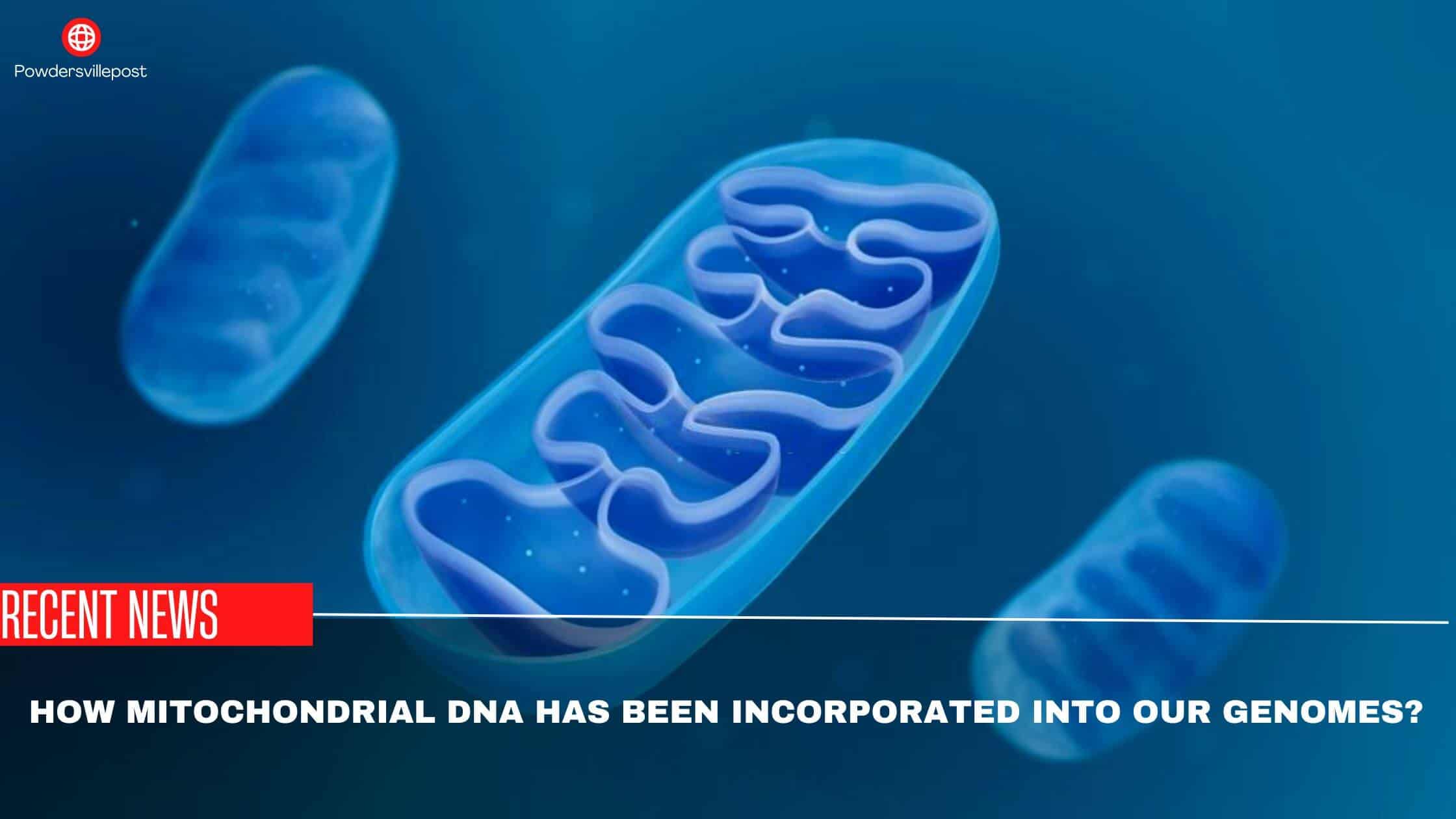 When it comes to science, new discoveries and evolution are an everyday affair. Every moment, a new idea crosses scientists’ minds, and this is the reason we have come so far in this field.

A recent discovery has brought about a revelation that might be a breakthrough in the phenomenon of evolution.

According to this study, specific genetic codes from the mitochondria are known to be inserted into our DNA. While this is not the case with everyone, one in every 4000 birth cases encounters this “insert.”

A Novel Pathway In The Process Of Evolution

If you peek into biology, mitochondria are known as the powerhouses of cells. These are cell organelles found in eukaryotic cells. They work for the production of ATP, which is the form of energy in the human body. Now the mitochondrial DNA is distinct from the nuclear DNA. But, of course, mitochondrial DNA has also been carried across generations, from the parent to offspring. But it is said that this DNA is passed to the offspring from specifically their mother’s genome.

Contradicting this idea, a study in 2018 stated that some mitochondrial DNA might also be passed from the male parent. This study was conducted by scientists from the Cincinnati Children’s Hospital Medical Center in the United States and was featured in PNAS.

In a study published in “Nature”, a new revelation has been made about the presence of mitochondrial DNA in some cancer DNA sequences. This study is credited to the eminent research team from both the University of Cambridge and the Queen Mary University of London. The same study further states that the purpose of mitochondrial DNA is to fix the damage posed to genetic codes in human beings. This can be considered similar to the use of a bandage on cuts and bruises to heal them.

During the study, the team took in more than 11,000 families as a part of the 100,000 Genomes Project under Genomics England. The primary objective of the study was to study the existence of paternal mitochondrial DNA in the offspring.

Upon further investigation, the experts from Cambridge discovered parts of mitochondrial DNA in the nuclear DNA. These are termed “inserts.” The surprising part was this was absent in the nuclear DNA of either parent.

This led to the revelation that the team of experts from the US had jumped to an incorrect conclusion from their studies. Now it is established that the inserts are not inherited from the mitochondrial DNA of the father.

The scientists further studied the concept and incorporated over 66,000 people as a part of the fresh perspective. As a result of this study, they have shown that the new “inserts” are observed in regular patterns. This, of course, explains the way the human genome operates and changes gradually. This is a new discovery in the line of genetics, and it might just prove to be soon!

“Billions of years ago, a primitive animal cell took in a bacterium that became what we now call mitochondria. These supply energy to the cell to allow it to function normally while removing oxygen, which is toxic at high levels. Over time, bits of these primitive mitochondria have passed into the cell nucleus, allowing their genomes to talk to each other.”

“This was all thought to have happened a very long time ago, mostly before we had even formed as a species, but what we’ve discovered is that that’s not true. We can see this happening right now, with bits of our mitochondrial genetic code transferring into the nuclear genome in a measurable way.”

As per the latest findings, the team has a reason to believe that our genomes work in such a way that the mitochondrial DNA transfers to the nuclear DNA in only 1/4000 cases. According to the discovery, if a person has biological children, these inserts of DNA will be passed on. Further findings also suggest that the inserts can be segregated into new and very recent. Now while most of us have 5 of the new inserts, 14% of all offspring get only the recent inserts. The study also states that these inserts may prove to be the cause of certain rare diseases, one of which includes a rare genetic form of cancer.

While it is unclear how exactly this mitochondrial DNA gets into the cell, experts suggest that this may be facilitated by the presence of an intermediate part in the cell, like RNA or ribonucleic acid. If not, it may even occur directly. Upon careful analysis of the sequences present in 12,500 tumor samples, it was found that the mitochondrial DNA was more likely to be found in the tumor DNA sequence. 1/1000th of the cancers presented with this DNA. Hence, the possibility of fostering cancer increases in such scenarios.

“Our nuclear genetic code is breaking and being repaired all the time,” said Professor Chinnery. “Mitochondrial DNA appears to act almost like a Band-Aid, a sticking plaster to help the nuclear genetic code repair itself. And sometimes this works, but on rare occasions, it might make things worse or even trigger the development of tumors.”

Moreover, experts also came to the conclusion that 58% of these inserts are spotted in the parts of the genome where the generation or production of proteins takes place. Now, this creates a link with the mitochondrial DNA. However, as per the mechanism of the human body, such mitochondrial DNAs are identified by the body as they invade. As a response, the body then shuts them down. This occurs through the process of methylation. A biomolecule binds to the insert present in the sequence and turns it off. Again, there is an immense similarity between this process and a viral attack on the body. They act in somewhat the same matter as DNA.

Nonetheless, the process of methylation has not shown to be effective enough. The reason behind this is that a part of the mitochondrial DNA is copied and moves around the nucleus. Switching these off is not the same as the aforementioned process.

In this study, the team looked for signs that suggested that the human mitochondrial DNA absorbs certain parts of the nuclear DNA. But their efforts went in vain. There are two primary reasons for the failure –

The vice principal for health at the Queen Mary University of London, Sir Mark Caulfield, said: “I am so delighted that the 100,000 Genomes Project has unlocked the dynamic interplay between mitochondrial DNA and our genome in the cell’s nucleus. This defines a new role in DNA repair, but also one that could occasionally trigger rare disease or even malignancy.”