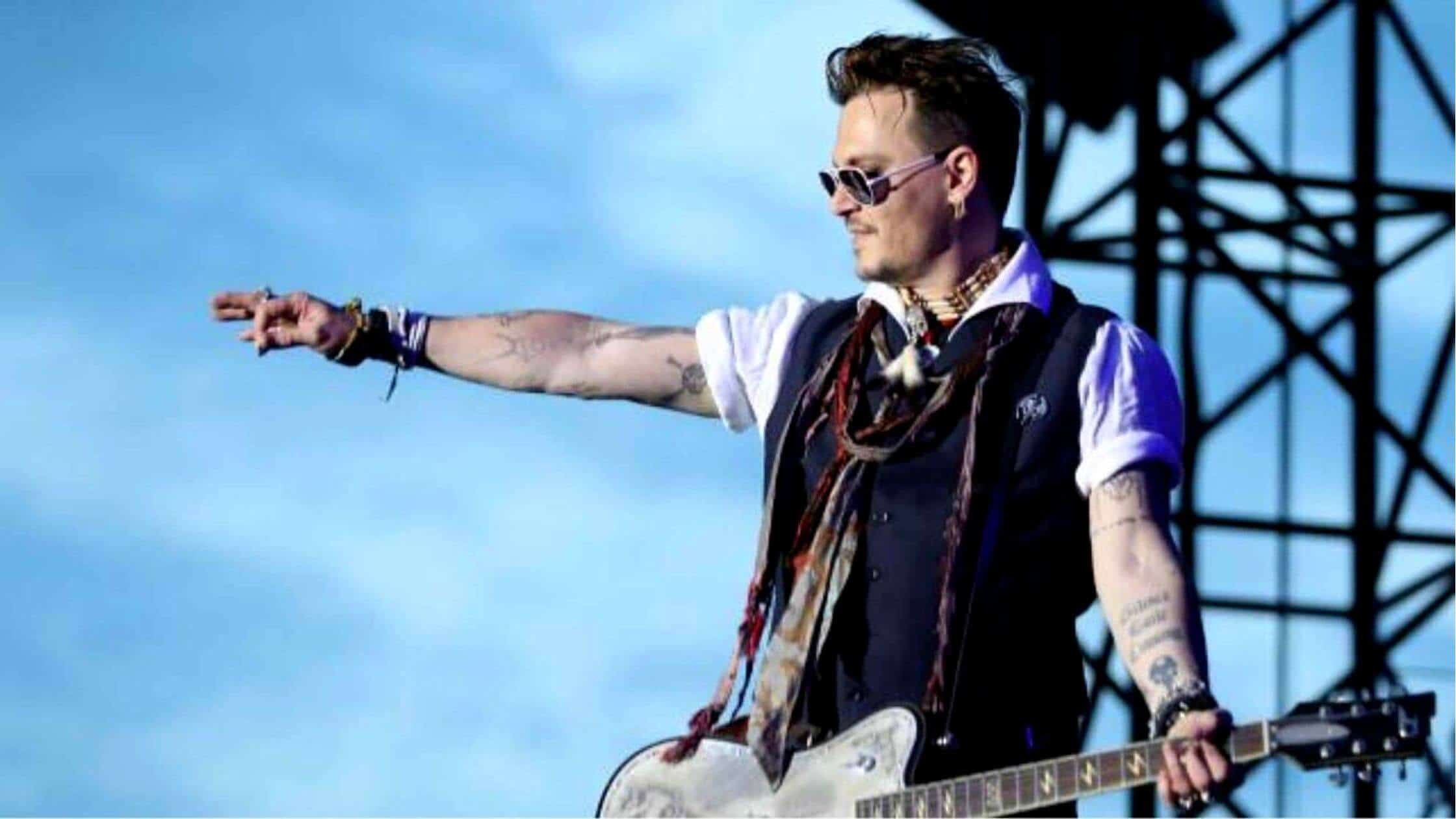 After his defamation trial against ex-wife Amber Heard, Johnny Depp’s Hollywood aspirations may be hazy, but he already knows what he’ll be doing next summer.

Johnny Depp On Tour In Europe With His Band Hollywood Vampires!

Along with other music giants including Joe Perry, Alice Cooper, and Tommy Henriksen, the actor is touring Europe with his band, Hollywood Vampires.

The band announced on social media that they would play six shows in June of the following year. The Rudolf Weber-Arena in Oberhausen, Germany, will host the inaugural match on June 20, 2023. On June 30, in Zitadelle in Mainz, Germany, they will do their last performance.

The vampires of Hollywood are back! In the summer of 2023, we’ll be in Germany and Luxembourg.

The Hollywood Vampires will resume touring almost three years after twice postponing their European summer tour because of COVID-19. Due to safety concerns, the performances across Europe were postponed from their planned 2020 date to 2021.

In response, the band revealed on social media in 2021 that this would postpone its 2021 tour due to travel restrictions caused by the epidemic.

Jeff Beck’s live performances have featured Johnny Depp as a guest, which attracted notice when the actor traveled to London to perform with the legendary guitarist just before the outcome of his trial. After that, Depp joined Beck once more for a run of European shows that ended on July 25 in Paris.

Additionally, Beck and Depp collaborated on the new album 18, which will be published on July 15. This Is A Song For Miss Hedy Lamarr, the album’s opening track, is immediately accessible.

Depp’s fans are ecstatic to see him make a new beginning and rediscover his musical talent.

Although the band won’t play until June 2023, fans in Germany and Luxembourg will have the opportunity to see the “Pirates of the Caribbean” actor live. The 58-year-old actor has been honing his craft by unexpectedly entering Jeff Beck concerts, startling his fans, and performing a few times their song “Isolation.”

Depp has been enjoying the life of a real rock star, complete with filthy costly dinners, gigs, and a change in appearance, ever since he won the trial and was granted $8.35 million in net damages!

American actor, producer, and musician John Christopher Depp II were born on June 9, 1963. In addition to being nominated for three Academy Awards and two BAFTA awards, he has won other honors, including a Golden Globe Award and a Screen Actors Guild Award.

Depp made his feature film debut in the horror movie A Nightmare on Elm Street (1984), followed by roles in Platoon (1986) and 21 Jump Street (1987–1990), where he became a teen star. Depp primarily appeared in auteur-directed independent movies in the 1990s, frequently portraying oddball characters.

By playing Captain Jack Sparrow in the Walt Disney swashbuckler film series Pirates of the Caribbean (2003–2017), Depp rose to prominence as one of the decade’s most financially lucrative movie stars.

While continuing his commercially successful partnership with Tim Burton in the movies Charlie and the Chocolate Factory (2005), in which he played Willy Wonka, Corpse Bride (2005), Sweeney Todd: The Demon Barber of Fleet Street (2007), and Alice in Wonderland, he also received praise from critics for Chocolat (2000), Finding Neverland (2004), and Public Enemies (2009). (2010).