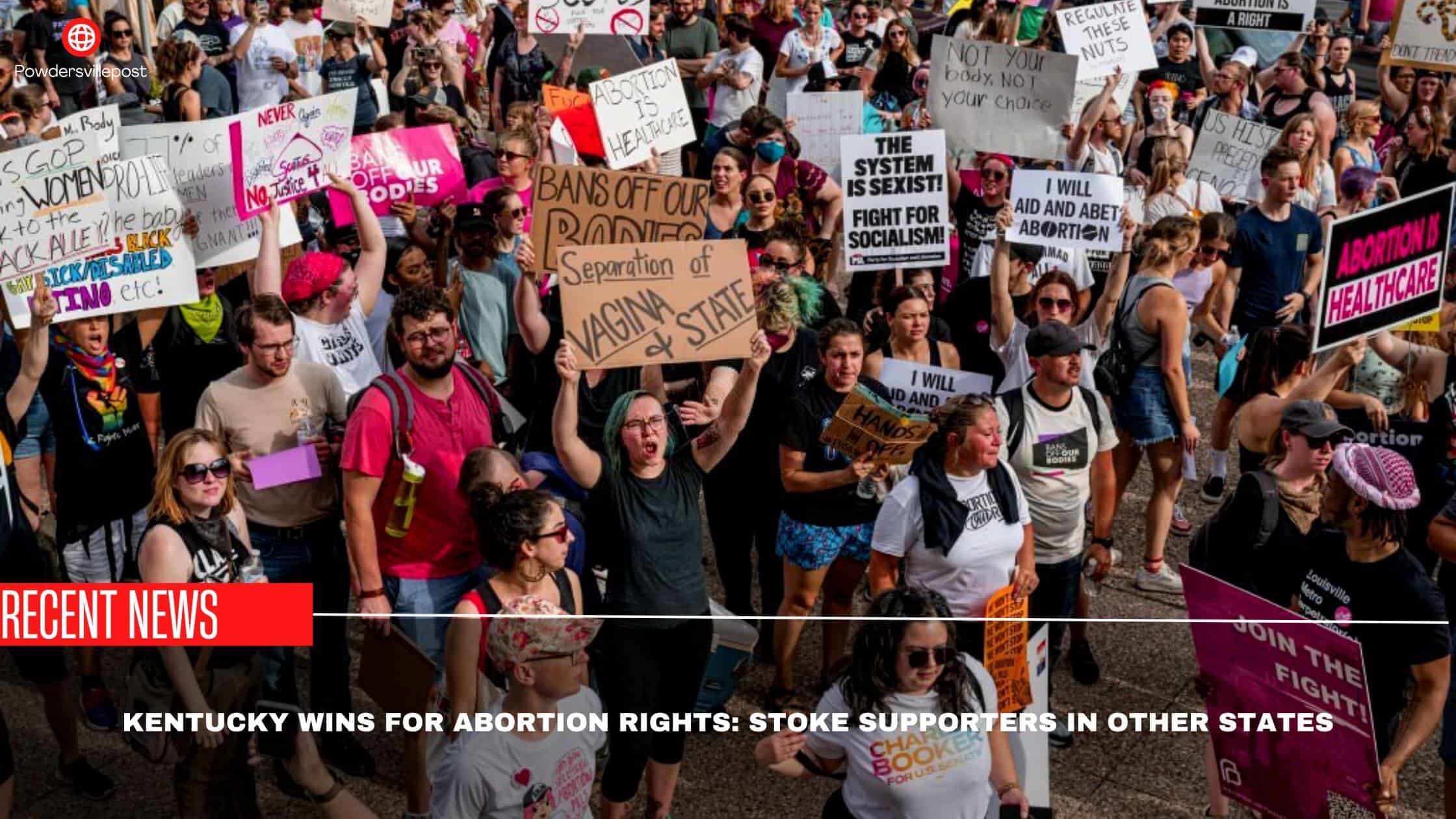 Abortion rights in the United States and its territories are a highly contended issue in American politics and have often led to culture wars. Different states have different abortion laws in the U.S. In many states it is completely illegal and in a few states, it is legal at any stage of pregnancy.

In most other states, it is legal through a particular time period, which varies from state to state. Since 1976, the Republican has generally sought to ban abortion, whereas the Democratic Party has generally supported abortion rights.

The abortion rights movement advocates for patient choice and bodily autonomy, while the anti-abortion movement stands for the fetus’s right to live. This debate is historically labeled as pro-choice and pro-life. Most Americans subscribe to either one of the movements.

There has been a gradual increase in the support for abortion in the U.S. after the 1970s, and it stabilized during the 2010s.

Abortion rights activists are actively campaigning in Kentucky to persuade Kentuckians to vote in favor of the abortion rights movement.

For them, it is the last remaining legal path to restoring abortion rights in the state. Pro-choice activists are hoping to win at the ballot box on Tuesday.

By winning, they can convince the state’s highest court to throw out a sweeping abortion ban passed by the Republican-led legislature.

The Kentucky Supreme Court will hear the arguments for and against abortion on Tuesday. The results of these processes hinge on the legal arguments about whether state constitutional protections extend to a right to abortion.

The case also comes as the first legal test for the abortion rights movement after the midterm elections, in which voters across the country firmly voted to keep abortion legal.

Abortion rights activists in Kentucky think that the amendment’s rejection should be considered as justices hear the case.

Governor Andy Beshear, a Democrat, said that he hopes that the Supreme Court will listen to the will of the people and the people have rejected extremism.

Beshear is running for reelection next year, and his position on abortion rights puts him squarely on the side of the majority of Kentuckians. But Republican Attorney General Daniel Cameron who will be contesting against Beshear said that the vote should not be a factor.

He claimed that there is no right to abortion hidden in the Kentucky Constitution. Abortion policy will be decided by elected representatives in the General Assembly, he added.

At present, the decision belongs to the courts. Supreme court judges will hear arguments in the case in the courtroom at the Kentucky Capitol in Frankfort.

The arguments will be centered on a Louisville judge’s ruling from July, which states that post-Roe abortion bans likely violate the rights to privacy and self-determination protected by Kentucky’s constitution.

Presently, abortions are mostly on hold in Kentucky. It is based on a trigger law at the center of the case before the state Supreme Court. This was approved by lawmakers in 2019.

The ban came into effect after Roe v. Wade was overruled in June by the U.S. Supreme Court. This ruling ended all abortions, except the ones to save a woman’s life or to prevent disabling injury. Rape or incest victims are not allowed to have abortions.

The high court of the state in August kept the ban in place while it reviews the case. A six-week ban that was approved by Kentucky lawmakers is also being challenged. Meanwhile, abortion rights activists secured wins elsewhere across the country.  Michigan, California, and Vermont voted to have abortion rights in their state constitutions.