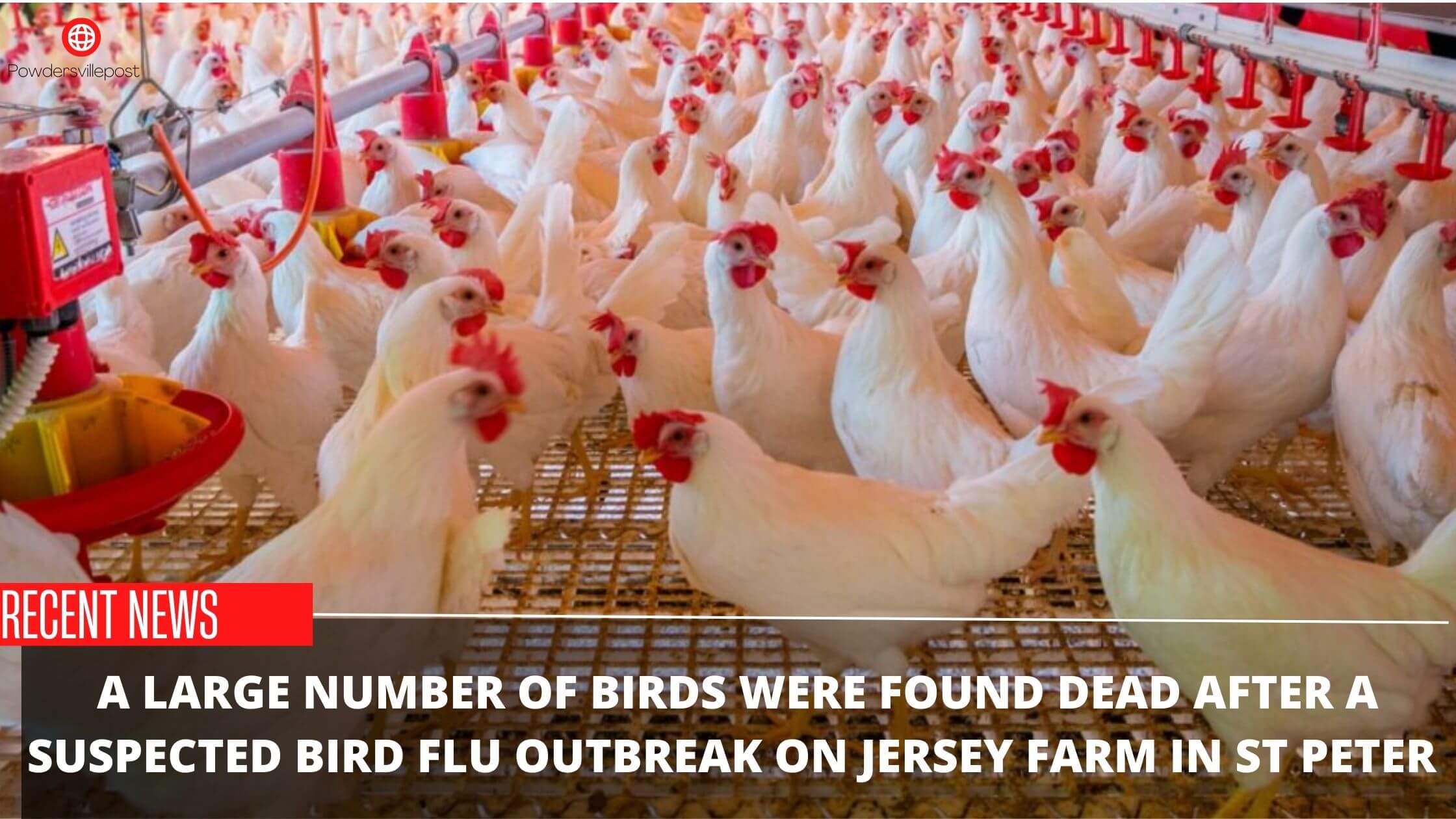 In 2022, Jersey documented a fourth avian flu instance. After a dead herring gull tested positive for avian influenza in Gorey, birdkeepers are being asked to strengthen the level of biosecurity measures they take in their facilities.

In February, the virus that causes avian flu was discovered on the island in two different birds. In March, a third incident was found to have occurred. Caroline Terburgh, the deputy chief veterinary officer, stated that poultry owners should adhere to “stringent” precautions to prevent the disease from spreading.

In her words: “We are requesting of the islanders, more than ever before, that they keep their domestic fowl away from wild birds and discourage wild birds from accessing the food, water, and bedding that is intended for the captive birds.

After a significant number of dead birds were discovered on Saturday morning near St. Peter, Jersey, in what is suspected to be an epidemic of bird flu, poultry owners in Jersey have been asked to house their animals following the discovery. There have been several confirmed cases of bird flu in Jersey and Guernsey in recent weeks, but this is the first outbreak of its kind on a farm during this wave of the disease. Several confirmed bird flu cases have recently been established in Jersey and Guernsey.

The clinical indications have been described as “strongly suggesting avian flu,” and samples have been sent to the UK for testing.

Willie Peggie, Jersey’s Director of Natural Environment, stated that “while we await the findings, all poultry are obliged to be housed, if at all feasible, as there needs to be the obvious distinction between domesticated birds and wild birds.”

“Also, there must be a solid or impermeable roof, so bird droppings from wild birds do not get into their homes or run.

The use of DEFRA-approved disinfectant baths for footwear at the entrance to flock units is essential as part of the stringent biosecurity controls that must be taken.

The virus that causes bird flu is passed from infected birds to healthy birds by the bird’s droppings, saliva, or mucus. When other birds consume diseased birds or breathe in the virus, they too become infected.

According to the United Kingdom’s Health Security Agency, it is predominantly a disease that affects birds, and they advise that the risk of bird flu to public health is low.

The following pieces of guidance are offered to those who raise birds:

What exactly is the avian flu?

The avian flu is highly contagious and primarily affects birds; however, it can spread to people and other animals in highly unusual circumstances.

The virus is passed from person to person through fluids that come from their bodies, such as saliva and droppings.

It is commonly spread by wild birds that migrate from Europe during the winter, and it can be highly harmful to poultry and domestic birds if they come into contact with it.

How does it get passed around?

The avian influenza virus can be transmitted to birds by exchanging saliva, nasal secretions, or feces with a carrier infected with the virus.

It is typical for wild birds, especially ducks, to have a higher resistance to avian influenza than domestic birds.

What kind of danger does this pose to people?

The likelihood of human beings contracting avian flu is quite remote. In most cases, you must have consistent and close contact with a bird with the disease. In January 2022, a man from South West England became infected with the virus, but public health officials have emphasized that the risk to the general population is still relatively minimal.