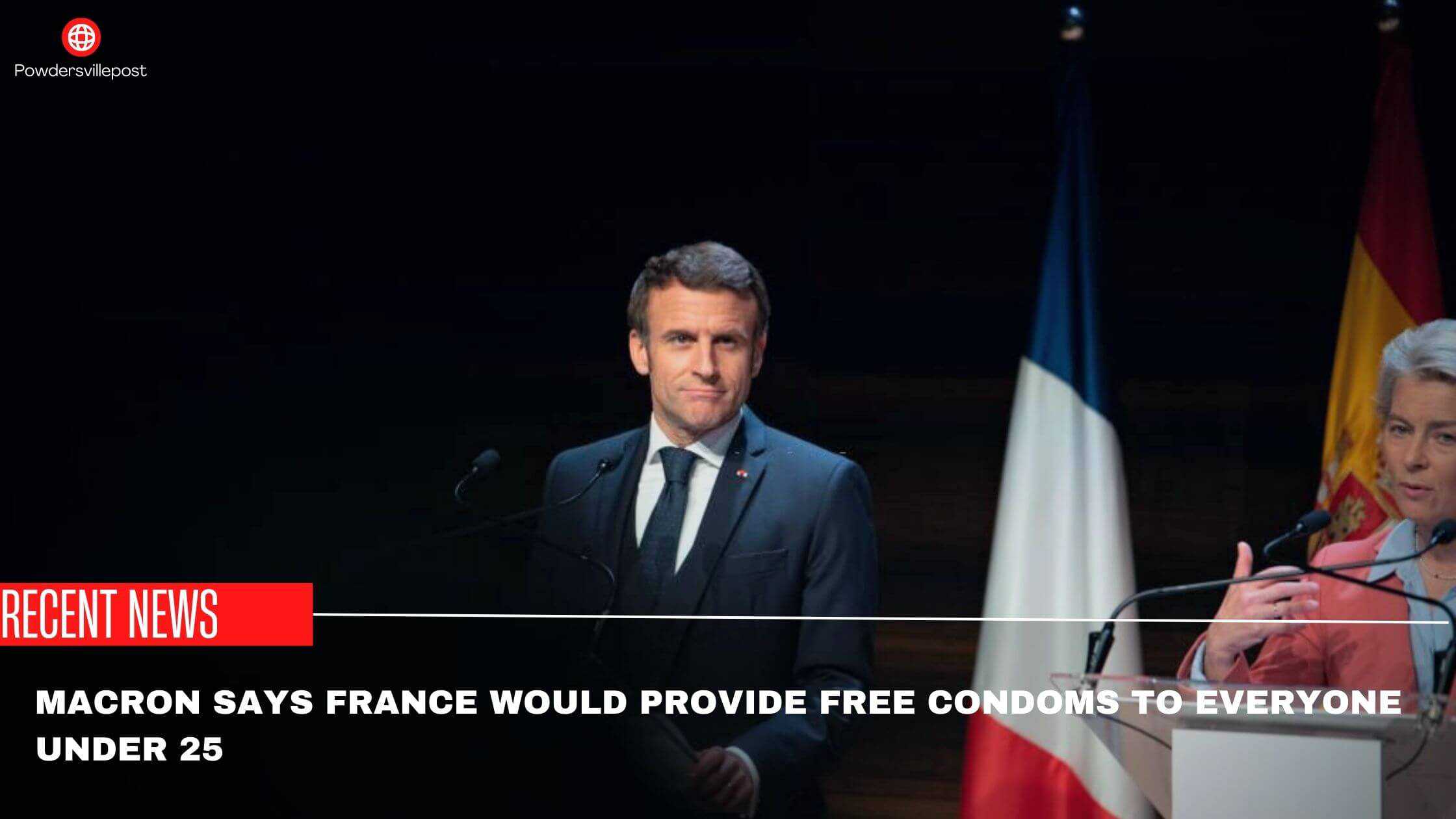 The president of France, Emmanuel Macron announced a program that provides free condoms in pharmacies for people up to the age of 25 in the New Year. The government decided to control sexually transmitted diseases in the country.

As part of the government effort, girls and women are already getting free birth control to prevent unwanted pregnancies. The government expanding its plans to ensure young women do not stop taking contraception because they cannot afford it.

The goal of the government of France is to make the country “Zero New Infection’ by HIV and the elimination of STIs a major public health problem by 2023.

Apart from this schemes are executed to provide proper sex education to minors as well as adults. Most young aged individuals are not aware of sex education in the country.

The president announced the program via a video clip which he posted on his official Twitter account. The president agreed to expand the program when a TV presenter and others challenged him on social media asking why the condom measures did not include minors.

Macron was the first youngest-ever president who was elected at the age of 39 in 2017. He also promised to bring plans which protect people from sexually transmitted diseases such as HIV and AIDs.

The officials of France believe that up to 3 million women could benefit from enhanced access to IUDs, pills, jabs, and contraceptive patches by providing free birth control for women who are aged between 18-25.

The authorities of the health department of France estimated that the rate of STDs increased by about 30% in 2020 and 2021. This made the authority to take action when aiming to help people who are struggling to afford treatment for unwanted pregnancies.

The authority also provides free abortion facilities in every hospital in the country. The officials mentioned the step as “It’s a small revolution for contraception.”

The health department has focused to provide low-budget healthcare systems that can control birth costs to some extent. In response to the announcement, many discussions are carried out on social media platforms such as Facebook, Instagram, and Twitter.

People are commenting regarding the need for a such move. Many claims that there are many other essential things to fulfill such as free sanitary pads and many more. But there are comments which support the movement and argue that contraceptives being free is good because most people are disastrous and most of them don’t want to be parents at a young age.

He emphasized that sex education is important to improve the health sector of the country. It is also helpful to control population growth which can affect the economy of the country. This action can decrease the sexually transmitted diseases as well as health issues of young teenagers due to pregnancy.

As the government considers its response to an increase in covid cases ahead of the holidays, Marcon wore a face mask at the conference, claiming that he was following “health ministry rules.’ through sp far no mask restrictions have been reinstated. The action of the government initially considers every group of the community and perform to meet the need of the public considering the economic status of the population.