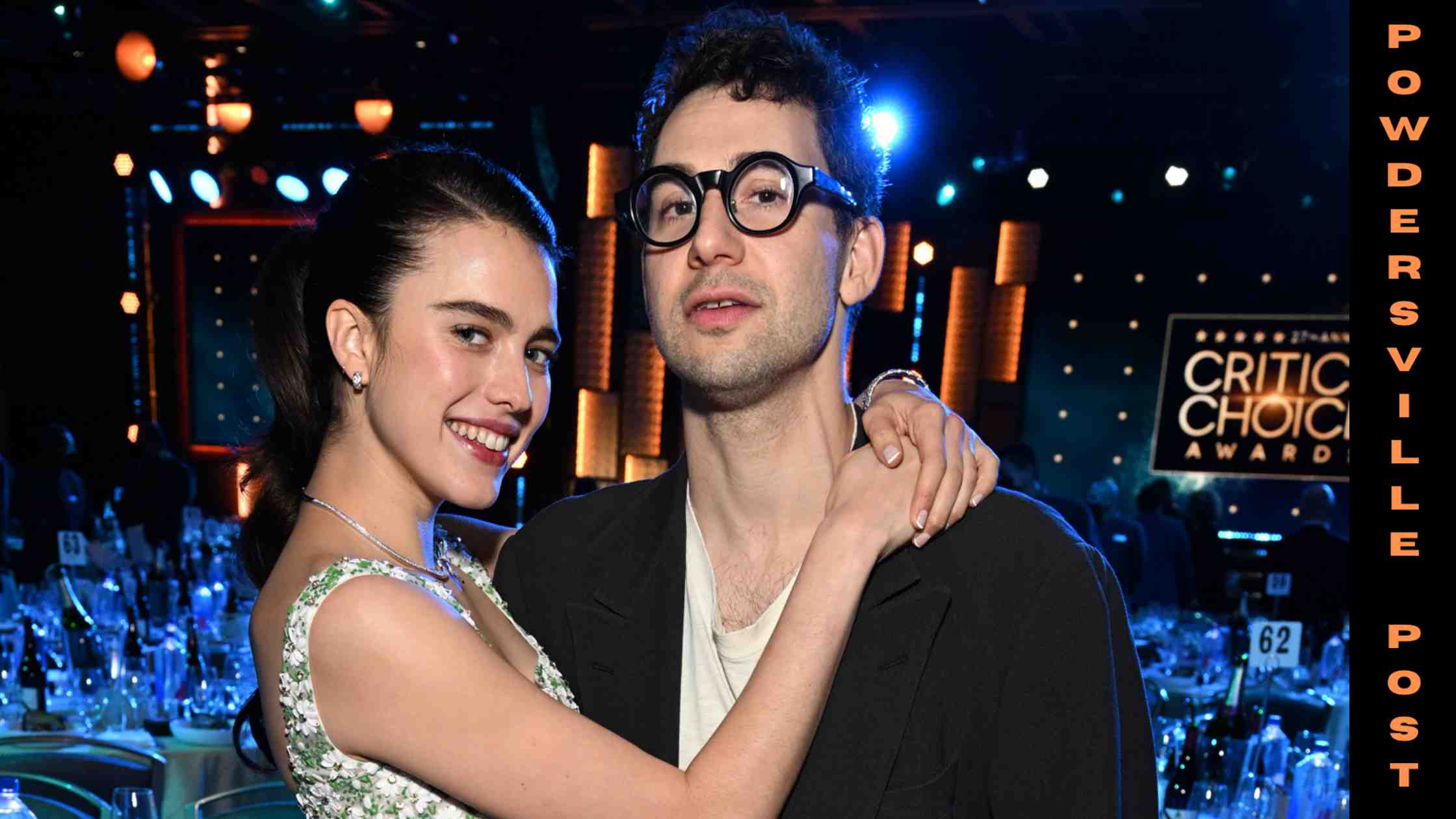 Margaret Kelly enjoyed her time with Jack Antonoff, even though she did not receive the award.

Many photographs of the couple show them enjoying their date night at the award show. According to Critics Choice Awards sources, Margaret Qualley’s gown was also a highlight of the evening.

Her dress has a beautiful white flower print at the top, and the rest of it is layered with tinsel at the waist.

Throughout the award, she wore a gorgeous smile on her face. Margaret appeared as if she were a princess. Jack Antonoff, on the other hand, wore a black coat over a white T-shirt for a more relaxed approach.

On Sunday, March 13, the two spent their date night at the 2022 Critics’ Choice Awards, getting intimate in each other’s arms.

Margaret attended the ceremony supporting her nomination for Best Actress in a Limited Series or Movie Made for Television for her role as Alex in Netflix’s Maid.

Kate Winslet took home the Oscar for her portrayal of Mare Sheehan in Mare of Easttown. However, the star of Once Upon a Time in Hollywood walked away empty-handed.

It’s evident from the photographs that she had a good time with Jack. When Margaret Qualley and Jack Antonoff were seen making out in New York City, rumors circulated that the two were dating.

They took a stroll through the city, stopping at Milk Bar for some refreshments.

Qualley and Antonoff remain unseen until October when they are spotted together in New York City. On a lovely stroll around Tribeca, they packed on the PDA. They’ve only been sighted for a few days.

The pair have yet to acknowledge their relationship beyond appearances. They also attended the AFI Awards Luncheon at the Beverly Wilshire in Beverly Hills on Friday, March 11.

Fans have been waiting for Qualley and Antonoff’s connection to be officially confirmed. On the other hand, Margaret has been photographed shaking hands, kissing, and cuddling with the Bleachers singer on numerous occasions.

Even though we haven’t seen Margaret Qualley and Jack Antonoff out for a stroll in a few months, not much has changed: they’re still carrying their PDAs.

The duo kissed at the Critics’ Choice Awards. According to People, Antonoff and Qualley exchanged an intense kiss at their table. Antonoff sat beside Qualley with his arm rolled up around her waist, giving her a radiant smile.

Qualley, nominated for her work in Netflix’s Maid, walked the red carpet alone. However, Antonoff and Qualley attended the event together.

Although it’s safe to assume that famous people encounter each other too. And since they’ve both had public relationships in the past, it’s understandable that they’re keeping a low profile.

Since last summer, actress Margaret Qualley and musician/producer Jack Antonoff have been linked although nothing is known about their relationship.

The two have been seen together in public—their favorite activity is romantic strolls in New York City. However the couple has yet to confirm anything, so how they started is unknown.