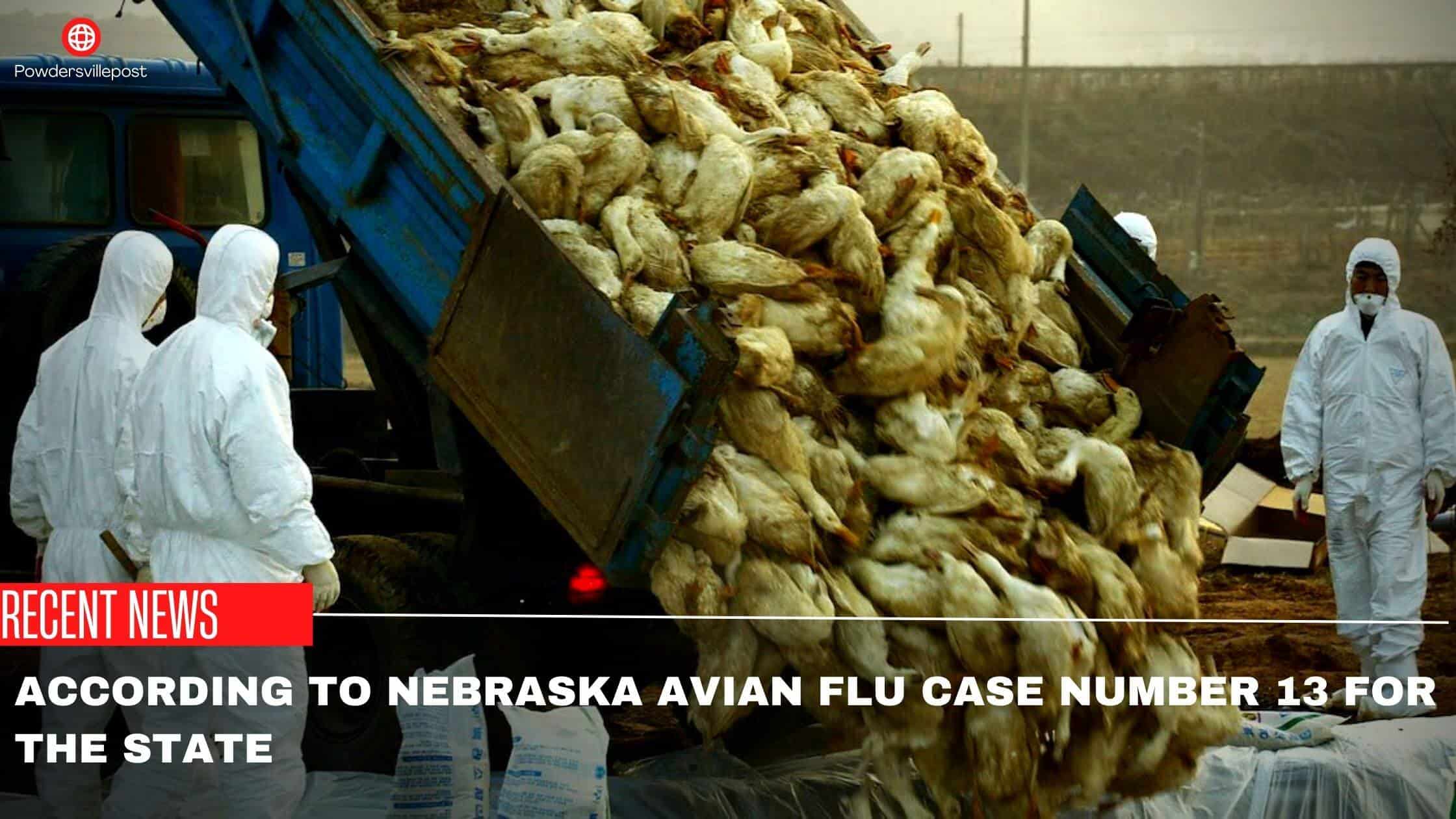 The state confirmed its 13th case of avian influenza at an egg-laying farm in Dixon country. Nebraska agriculture officials say that 1.8 million chickens must be killed due to the bird flu.

The outbreak of the flu was seen nationwide, which is capable of killing millions of birds. The U.S. Department of Agriculture says that all the chickens in Nebraska farms will be killed to control the spread of the disease to more states. 52.3 million birds in 46 states have been slaughtered as part of the year’s outbreak.

Considering the total number of HPAI,  Nebraska is the 13th farm of this year. The authority informed the farm owners to be aware of the disease and identify the signs and symptoms of HPAI at an earlier stage then immediately notify the NDA of sick and dying birds.

HPAI is identified as a highly contagious virus that is capable of killing birds rapidly when compared to other viruses. Mostly the diseases can be found in wild birds and can be spread in various ways from flocks to flocks as they migrate across the country.

The virus is transmitted through droppings or the nasal discharge from the infected bird, which can contaminate dust and soil. Contact with infected poultry, equipment, and the clothing and shoes of the caretaker are how the virus easily spreads all over the farm.

Most often, wild birds carry the virus and the infected wild birds show no symptoms, so identifying the infected bird is difficult while domestic birds which include chicken and turkey can become very sick.

Many symptoms of HPAI can be seen in poultry that includes, including decreased egg production, decrease in water and food consumption, lack of energy and appetite, incoordination, nasal discharge, coughing, sneezing, and diarrhea.

The chances of the sudden death of an infected bird are seen without showing any symptoms which are considered a dangerous issue related to the spread of the disease. In a contaminated environment, HPAI can survive for weeks.

🔵 Madison County Poultry Has Been Found To Have Avian Influenza

Usually, in most past bird flu outbreaks the reports indicate that viruses get destroyed during the summer but this year’s version of infection killed more than 6 million birds in September.

The chances of human beings being affected by the infection are less and the cases are extremely rare. But it is important to note that if the chicken is not cooked properly it may cause health issues to human beings.

The center for disease control and prevention suggests that the chicken should be cooked under 165 degrees Fahrenheit which helps to kill bacteria and viruses present. The bird flu outbreak resulted in the rise of consumer prices in poultry meat and eggs which can last for a long period considering the nature of the disease.

There are several precaution steps that the commercial farm owner can practice which is considered as one of the applicable ways to prevent the transmission from one bird to another to some extent.

The farm owner can take care of safety measures such as before entering the farm the caretakers or the workers must change clothes and sanitize the trucks. But even if the precautions are done properly it is difficult to control the disease and the only way to prevention of spreading disease is to kill the infected flocks and eradicate the dead bodies.