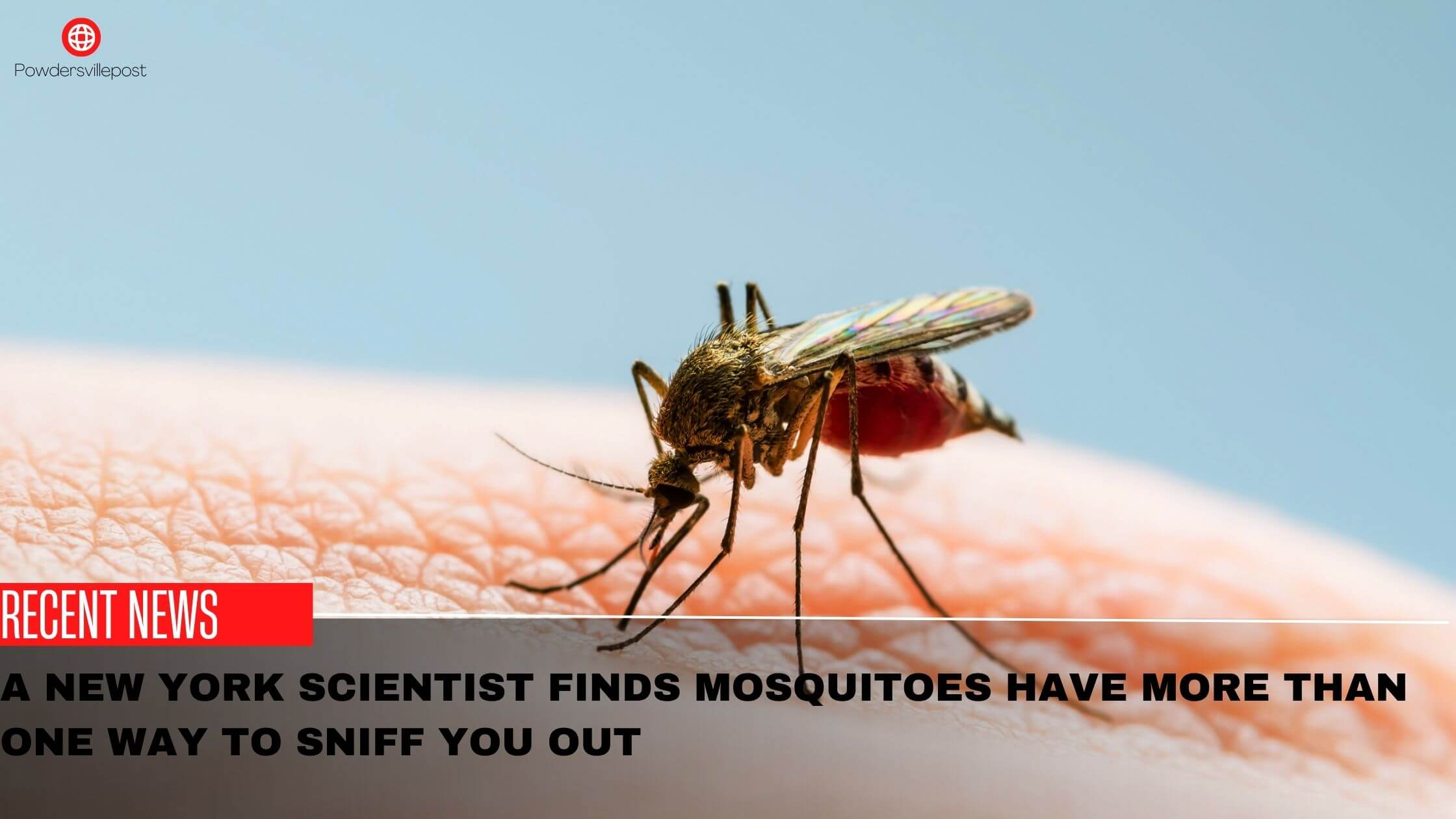 Mosquitoes are lethal insects. Mosquitoes sometimes seem like a seasonal annoyance in the Northeast US. They are responsible for more human fatalities than any other animal. In warmer, drier climates like tropical ones, mosquitoes are a year-round annoyance.

It will come as no surprise to you that mosquitoes are good at finding humans to bite. If you have ever sprayed yourself with insect repellent from head to toe and yet felt like a mosquito magnet. Their acute sense of smell, or olfaction, depends on the olfactory system. It is a significant component of this superpower.

Mosquitoes Have Multiple Ways To Sniff You Out, A New York Scientist Discovers

Meg Younger is an assistant professor of biology at Boston University College of Arts & Sciences. Younger specializes in mosquito olfaction, asserting that “mosquitoes are very specialized.” These aggressive, buzzing organisms are made to hunt us down, bite us, and use the blood’s proteins for reproduction.

In order to better understand how we can ward off mosquitoes more successfully. Younger are trying to figure out how they use their sense of smell to track us. Younger and her colleagues report a novel and previously unrecognized biological method. By this method Younger Aedes aegypti mosquitoes perceive smell. Their findings deviate from the fundamental hypotheses.

How do Odors work?

The flow of communication that causes smells to be registered in the brain in humans begins in the nose. It is lined with special cells known as olfactory sensory neurons. It is because they contain sensory receptor-specific molecules. These are activated by odor particles. These neurons serve as both odor detectors and messengers to the brain.

According to Younger, “the main tenet of olfaction is that sensory neurons, for us in our nose, express one sort of olfactory receptor.” One receptor to one neuron is the core organizing principle of olfaction. A freshly baked apple pie’s aroma is essentially a chemical code made by several odor molecules. When an odor reaches our noses, it triggers sensory receptors. They are matched to the various odor molecules. Corresponding neurons then connect with the olfactory bulb, or the antenna lobe in insects, where the odor code is mapped.

🔵True Facts About Mosquitoes And The Common Mistakes People Make!

One explanation may be found in Younger’s most recent work. The results of the study show that the olfactory system of Aedes aegypti mosquitoes is structured significantly differently. It is with several sensory receptors located within one neuron. This process is known as gene co-expression. This specially designed olfactory mechanism. It may contribute to the explanation of why mosquitoes are so adept at detecting humans to bite.

Younger is studying olfaction in ways. It wasn’t possible ten years ago by using mosquitoes reared in incubators and cutting-edge genetic technologies. In order to conduct this study, the researchers created fluorescent protein-expressing mosquitoes. It would glow under a microscope when exposed to specific odors. This allowed the researchers to observe the chemical reactions to odorants in real-time.

This shows that the code for human odor is redundant. The next stage is to determine how coexpression influences Aedes aegypti mosquito behavior. According to Younger, “an intriguing idea is that it’s making them good at finding individuals.”

Her long-term objective is to reduce mosquito bites by creating new, enhanced attractants or repellents that mosquitoes find more alluring than human blood. Younger uses bug spray to protect herself from mosquitoes. Brands containing 15 to 25% DEET or picaridin are typically the most effective.