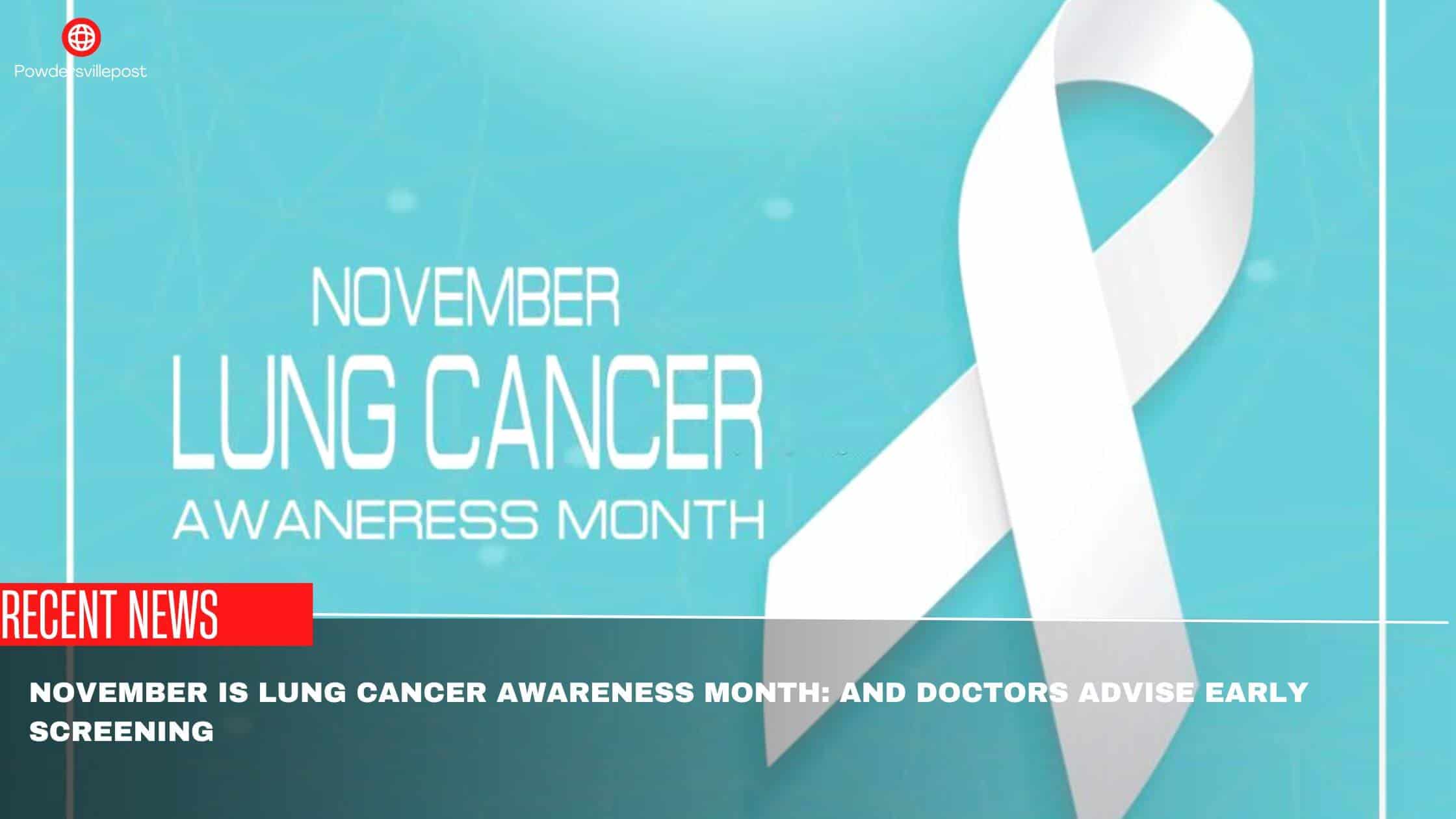 Lung Cancer is considered one of the leading causes of death among women and men in the U.S. Every year, more people die because of lung cancer than that breast, colon, and prostate cancer together.

The Centers for Disease Control (CDC) estimates that around 80 percent of these deaths are caused by tobacco use. Another reason is the delay in diagnosing lung cancer at an earlier stage which may increase the chances of survival by a huge margin.

What Does Health Expert Say?

Dr.Tatsiana Halkova says that people in the age group of 50 to 90 are the most susceptible to getting lung cancers and the risk increases if they are smokers. She says that exposure to chemicals like radon, asbestos, and radiation as the treatment of breast cancer could also contribute to the development of lung cancer.

November is lung cancer awareness month and the sensitization toward lung cancer diagnosis and treatments should be done on a larger scale in the U.S.

Low-dose computed tomography also known as a CT scan is a crucial test for diagnosing lung cancer at an earlier stage. It is a complicated and precise process by which even tiny changes in the patterns of the lungs can be identified and further investigation can be initiated. But the screening rates are generally low in the U.S and doctors are advising increasing this to get better results in surviving lung cancer.

However, the last three decades have seen a decrease in the death rates of lung cancer patients and this is an encouraging sign that happened mainly due to lower smoking rates and the efficiency of immunotherapy treatments that makes use of the body’s natural immune system to fight cancer.

Some of the main symptoms of lung cancer are prolonged cough, coughing up blood, loss of appetite, unexplained weight loss, chest pain that increases with coughing or deep breathing, feeling weak, etc. If you are experiencing any or a combination of the above symptoms, visit your healthcare expert at the earliest.

🔵The Decline In Deaths From Lung Cancer

According to the guideline, anyone between the age of 50 and 80 who has smoked at least 20 “pack-years” is eligible for the screening.

A “pack year” is calculated by multiplying the number of cigarette packets they smoked in a year by that by the total number of years they smoked. Low-dose CT scans are recommended for people above 55 years who have 30 “pack-years” otherwise categorized as heavy smokers.

The guidelines also make it mandatory for private insurers to not charge any copay for people who are eligible for screening.

President Joe Biden in his official press release on 31 October had called out to the private sector to focus on the development of new treatment methods and a possible cure for lung cancer. He also asked them to lower drug prices, discourage smoking and share data that can improve results in patients suffering from lung cancer.

Anyone thinking to stop using tobacco can reach out to an expert who can assist you in the process. Go to the website BeTobaccoFree.gov or call 877-44U-QUIT for more details.