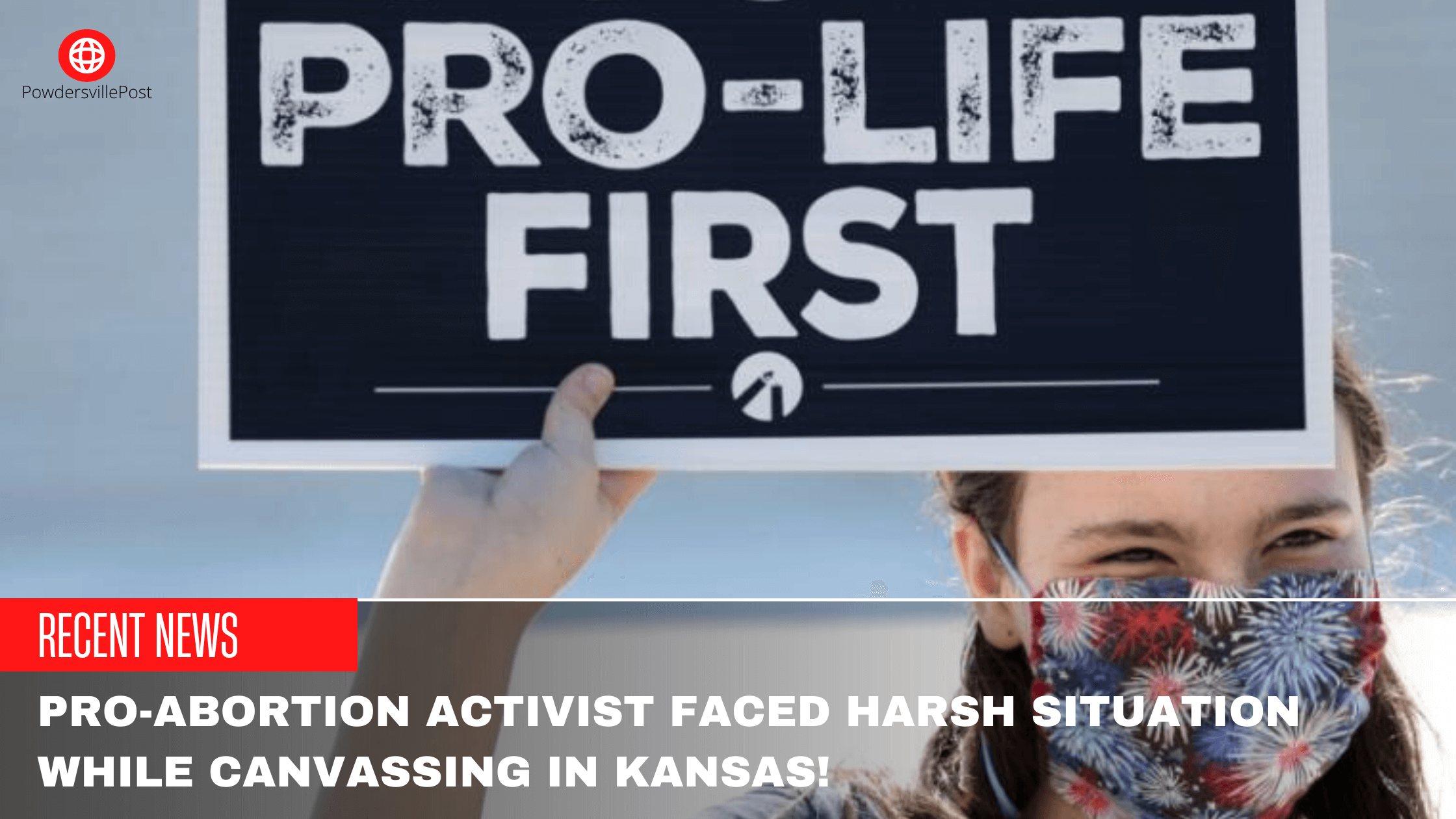 On Sunday, a Kansas woman allegedly attacked a high school girl as well as a pro-abortion activist who was knocking on her door to collect signatures for a pro-life petition.

What Happened To The Pro-Life Activist?

Grace Hartsock, a student, was going door to door in Kansas to encourage people to participate in a referendum on Tuesday about the state’s abortion laws.

According to Students for Life, the volunteer organization that Hartsock was working with at the time, the incident took place while she was approaching a residence in the Leawood neighborhood.

When she found out why Hartsock had knocked, the woman who answered the door reportedly politely stated that she was not interested in what was being discussed.

The woman responded by saying, “No, I’m sorry, but I don’t think you want to talk to us.”

As Hartsock prepared to depart, another woman’s voice, also coming from farther inside the house, could be heard screaming and swearing.

According to SFL, the female voice can be heard saying, “Don’t apologize to her, mom.”

According to SFL, the woman attacked Hartsock by first shoving her in the chest and then beginning to strike her head with clenched hands.

Hartsock was resilient in the face of the punches and waited for the woman’s mother to intervene and tell her daughter to stop.

The young woman was able to record the closing seconds of the confrontation on her phone, which showed the woman walking away toward the house while still yelling profanities.

According to SFL, Hartsock has reportedly provided the Leewood Police Department with a complaint detailing the event. The interview request from Fox News Digital was denied by Hartsock.

“The student has been suffering from headaches and general body pains ever since she was hit, and Students for Life Action has put her in touch with an attorney to help her with her case.

Together with Students for Life Action, she is contemplating taking legal action in response.” Kristi Hamrick, a spokesperson for the SFL, told Fox.

Residents of Kansas are being asked their opinion on an amendment to the state constitution that, if passed, would give state lawmakers the authority to limit access to abortion services.

Following the decision of the Supreme Court in late June to overturn Roe v. Wade, the state will be the first in the nation to vote on whether or not women should have access to abortions.

The “Value Them Both” amendment would “affirm there is no Kansas constitutional right to abortion or to require the government funding of abortion,” and it would “reserve to the people of Kansas, through their elected state legislators, the right to pass laws to regulate abortion, including, but not limited to, circumstances of pregnancy resulting from rape or incest, or when it is necessary to save the life of the mother.”

The vote is being held almost three years after the Kansas Supreme Court decided in 2019 that the state constitution guarantees a woman’s right to have an abortion.

If the amendment is approved by voters, Kansas’s legislature, which is dominated by Republicans, would almost certainly adopt limitations on abortion procedures not long after the vote on the amendment.

After the decision in 2019 and the overturning of Roe, the supermajority of Republicans in the state legislature made it absolutely certain that the referendum would go forward.

🔵 National Library Of Medicine(2022): The survival of the pro-choice movement(Available Online): https://pubmed.ncbi.nlm.nih.gov/12346343/