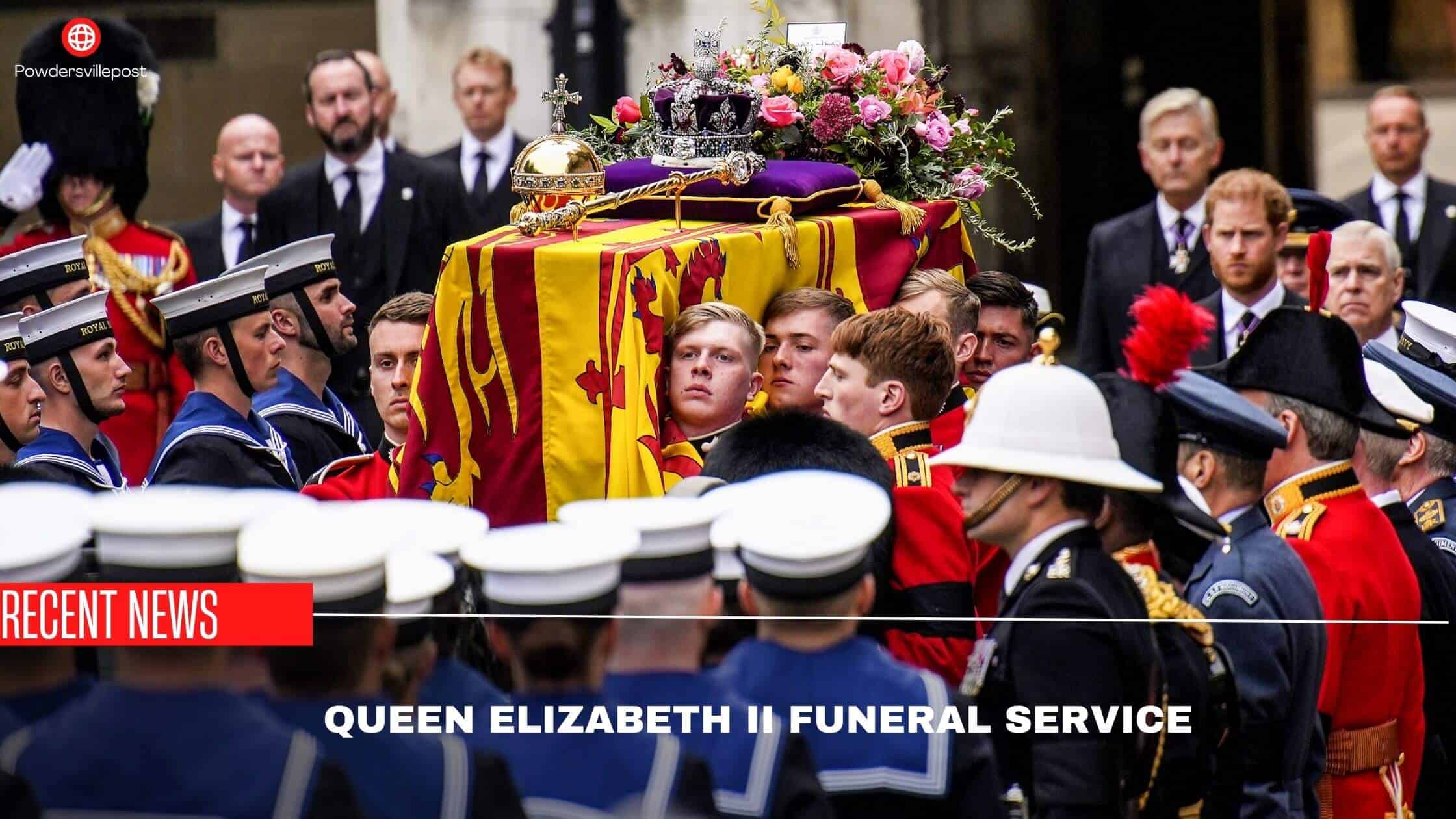 The Queen’s demise took a toll on the whole of the world, along with many controversial factors that came along with her demise. The Queen served Great Britain for a very inspiring time, creating a living environment with laws serving the country’s citizens.

Queen Elizabeth II, Britain’s longest monarch’s funeral shall begin at 3:30 pm, at Westminster Abbey, in London. A tenor bell was tolled for all the years the Queen lived, which is 96 times. The tenor bell is known to be the largest among the 10 bells at the Abbey, which is tolled post every death of any Royal Family member.

Attendees Of The Funeral Service

To attend the state funeral, along with King Charles the III, will be seen Queen Consort Camilla and other royals like Prince William and Kate’s 9-year-old son, Prince George, and their 7-year-old daughter, Princess Charlotte. The 4-year-old son of King Charles the III and Queen Consort Camilla, and brother of Princess Charlotte and Prince George, will not be seen attending the prestigious ceremonial.

Yet another important individual paying respects and condolences to the Queen and her entire royal family was Draupadi Murmu.

Along with paying her respect to the Queen’s casket, she interacted with King Charles III during the funeral.

Many other leaders from around the world, along with Joe Biden, flew down to the funeral and paid their respect to the casket of Queen Elizabeth II at Westminster Abbey in London.

🔵In Memoriam Of Queen Elizabeth II | Dies At 96

The Buckingham Palace officials have issued a minute-by-minute plan of the Queen’s funeral on Monday. They are:

2. The doors of the Westminster Hall shall open at 6:30 pm, where the Queen had been lying in state, in preparation for her coffin to be moved to Abbey for her funeral.

3. The Hall shall be opened at 8:00 am for the invited attendees.

4. A procession from Westminster Hall will accompany the Queen’s coffin at 10:15 am.

5. The procession route shall be followed by the members of the Royal Navy and Royal Marines, along with 200 musicians who will be playing instruments like pipes and drums from the Scottish and Irish regimens.

7. The Most Rev. Justin Welby will be performing the sermon.

8. A 2-minute silence shall be maintained at the end of the Queen’s funeral service.

The service shall end by noon, as planned, per the details mentioned above by the Buckingham Palace officials. The crown jeweler has planned to remove the Imperial State Crown, the Royal Queen’s Crown, before the final Hymn. Post the hymn. The coffin shall be held low in the Royal Vault. The Royal Vault is a burial chamber below the chapel. This burial service shall follow at 7:30 pm, which the Dean of Windsor himself shall conduct and be private.

The following details shall be followed by everybody attending the funeral service of Queen Elizabeth II, and everybody shall pay their condolences and respect towards the Queen of England for all the years she has lived and served the nation, for her people, and for her Kingdom.