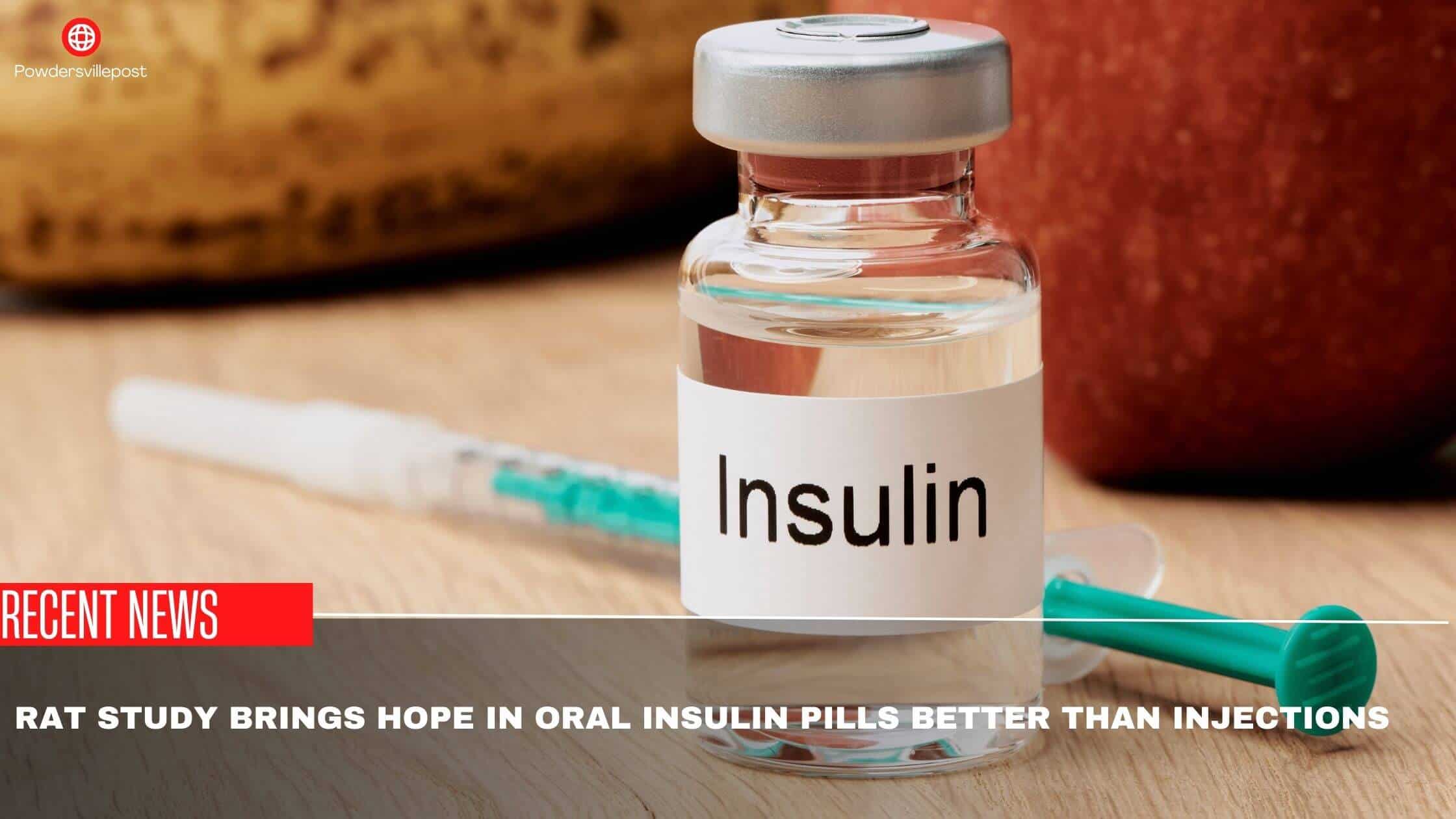 Lab tests on rats have recently proven the efficacy of a new insulin pill, which gives hope to avoid daily injections in diabetes treatments. The study was carried out by a group of researchers at Harvard University, indicating the possibility of it being tested in humans and its wide-scale availability as well.

Currently, the pill needs to undergo more studies, and the research team is facing the challenge of preserving the insulin protein while encountering stomach acid. Currently, this experimental pill that is being elaborated on in the Proceedings of the National Academy of Sciences basically bears insulin in liquid form in a special coating that resists acid breakdown, once it enters the stomach. However, this polymer coating dissolves when it comes into contact with alkaline substances in the small intestine to release the liquid insulin.

Previously, in attempts to create drinkable insulin, most of the insulin found accumulated in the stomach, but not where it is required.

The senior study author Samir Mitragotri, a professor of bioengineering at Harvard stated that the insulin liquid in the pill should navigate the challenging obstacle after ingestion so that it can effectively be absorbed into the bloodstream. Mitragotri further compares their approach with a Swiss Army Knife since the pill is packed with tools that can address each of the obstacles that come it’s way.

According to the study report, these pills are easily manufactured and stored for a minimum period of two months at room temperature. Even though the study authors did not disclose when the pills would be tested on humans, it seems like years under the current circumstances. Nevertheless, to ensure flawless results from the current study, researchers would be in need of more studies as the potentially toxic effects of the pill in long-term use are yet to be determined. Whereas, the study’s success will be beneficial to some 40 million people all around the world who struggle with type 1 diabetes since they will be spared from daily insulin injections.

🔵Insulin, A Catalyst For Depression?

The lead study author Dr. Anubhav Pratap-Singh, from the University of British Columbia’s faculty of land and food systems, has indicated that their findings show that they are on the right track to developing an injection-free solution to manage blood sugar levels along with improving mental health, and overall quality of life. Once it is available, this insulin pill needs to be placed between the gum and cheek for better absorption.

The study co-author Yigong Guo, a Ph.D. candidate at the University of British Columbia has said that every insulin shot is 100iu, and other tablets that are swallowed contain 500iu of insulin, to be wasted. Besides, the injected insulin requires around 30-120 minutes to get fully released, when moist swallowed insulin takes 2-4 hours. So, their study promises to address this issue and work on it as well.

Mark Prausnitz, chair of chemical and biomolecular engineering at Georgia Institute of Technology, has suggested that diabetes research would be considered a ‘holy grail’ if an oral insulin delivery system has been discovered. Although Prausnitz is not involved in the study, he is hopeful that the study has come up with remarkable results since it is all about oral consumption of insulin along with an ionic liquid that works just like the connection injections.

In his further remarks, Prausnitz also suggested that in case the findings of the study end up with pills that are safely and effectively administered, it would be a huge implication of this work. Hence it would be much more convenient to deliver insulin and other peptide drugs to the human body.