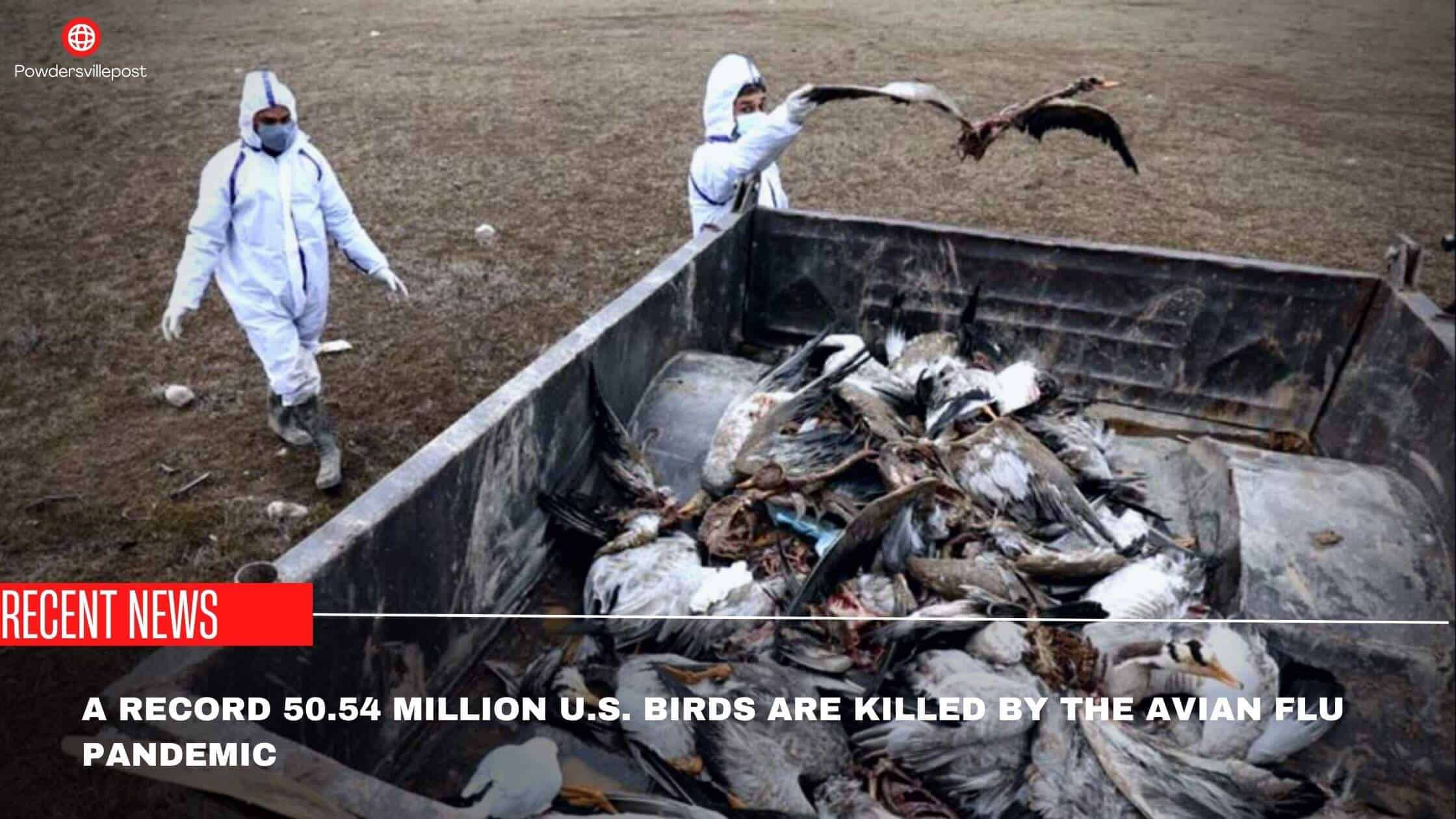 The widespread avian flu in the United States killed more than 50.54 million birds.

According to the data from the United States department of agriculture,  it is the first time the number of avian flu death increasing in history.

2015 faced the death of 50.5 million birds caused by avian flu, recorded as the top number in history.

The infected birds at the chicken and turkey farms are the cause widespread of the flu in poultry.  Birds at egg-laying chicken farms can’t control the spread of the flu. Deaths of birds will cause a wide range of animal health disasters in the U.S.

Britain and Europe faced the same issue during this time.  British supermarkets controlled the purchasing number of eggs according to scarcity in egg supply.

How The Virus Is Transmitted?

Farmers are trying to avoid contact between wild birds between their domestic birds. The 2015 avian flu outbreak helped the farmers to take precautions according to the situation like cleaning and strengthening security.

Government officials and experts are studying infections in farms and also developing instructions and recommendations for avoiding infections.

Avian flu disease is by infection by the avian influenza type A virus (H5N1 Influenza A virus).  These viruses have a wide range of spreading capacity among wild, domestic, birds, and other animals like pigs. Avian influenza viruses do not directly affect humans. Although some infections in humans have occurred with bird flu viruses.

Egg, chicken, and meat, rates are doubled due to the avian flu killing millions of birds. In the U.S. Thursdays thanksgiving celebrations’ cost has increased by the loss of chicken flocks.

According to the United States Department of Agriculture (USDA), avian flu in the U.S. spread from wild birds through their droppings, feathers, fluids, and direct contact with nasal areas to poultry.

It started in February and affected birds in 46 states.

🔵 According To Nebraska : Avian Flu Case Number 13 For The State

2015 faced an outbreak of H5N2 Avian influenza subtype largely affected chicken and turkey in the midwestern united states. The nation’s largest egg producer Lowa alone faced 30 million deaths of poultry. By May, more than 43 million birds are killed by the avian influenza virus in the U.S. At that time the virus case was first reported from Minnesota.

Symptoms of birds with avian flu

Symptoms of bird flu in humans

Protection from the bird flu virus