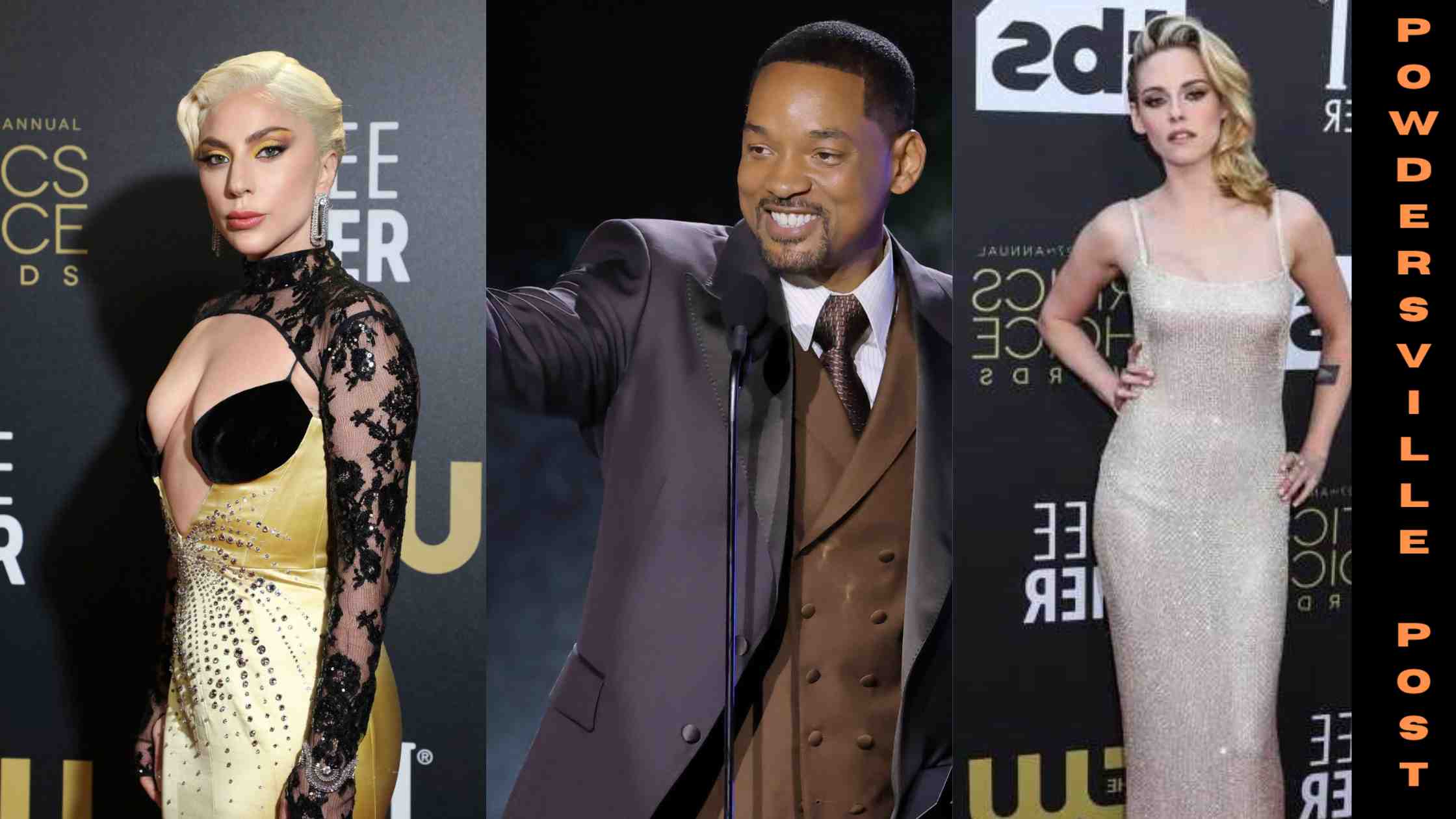 As the awards season progresses, the stunning red carpet looks continue to dazzle. The 2022 Critics’ Choice Awards began on March 13 at the Fairmont Century Plaza Hotel in Los Angeles. The best in film and television as voted on by the Critics’ Choice Association will be honored.

The event has been put back two months owing to COVID-19 pandemic worries. The ceremony will be hosted by Taye Diggs and Nicole Byer and will be aired on The CW and TBS.

With 11 nominations each, West Side Story and Belfast lead the race. Science-fiction blockbuster Dune and the Western The Power of the Dog, both with ten.

Lady Gaga was nominated for Best Actress in a Leading Role, and House of Gucci received four nods.

The celebs obviously brought their A-game in terms of attire ahead of the ceremony, oozing old Hollywood glamor as they made their grand entrances.

Lady Gaga, who is the face of Gucci, looked fierce in a black and gold Gucci gown, which she accessorized with Tiffany & Co. jewelry.

The Spencer actress looked stunning in a customized Dolce & Gabbana blush gown.  She accessorized herself with Messika jewelry and Jimmy Choo heels.

Lady in red, Selena Gomez! wore a unique red Louis Vuitton gown with a flowing cloak and a centerfold gem accent. Boucheron jewelry offered a touch of glitz to her ensemble.

The Politician actress looked stunning in a hot pink Alexander McQueen gown with a bustier top and asymmetrical ruffle. The ensemble was completed with Tiffany & Co. jewelry.

Jada Pinkett Smith and Will Smith

The duo looked stunning on the red carpet in Gucci ensembles. The actor of Dr. Death wore a classic black tux, while the Queen & Slim actress wore a vibrant blue one-sleeved gown with an elegant tie collar and Bulgari jewelry.

Please feel free to leave a comment and let us know what you think about the Critics Choice Awards 2022: On the red carpet.