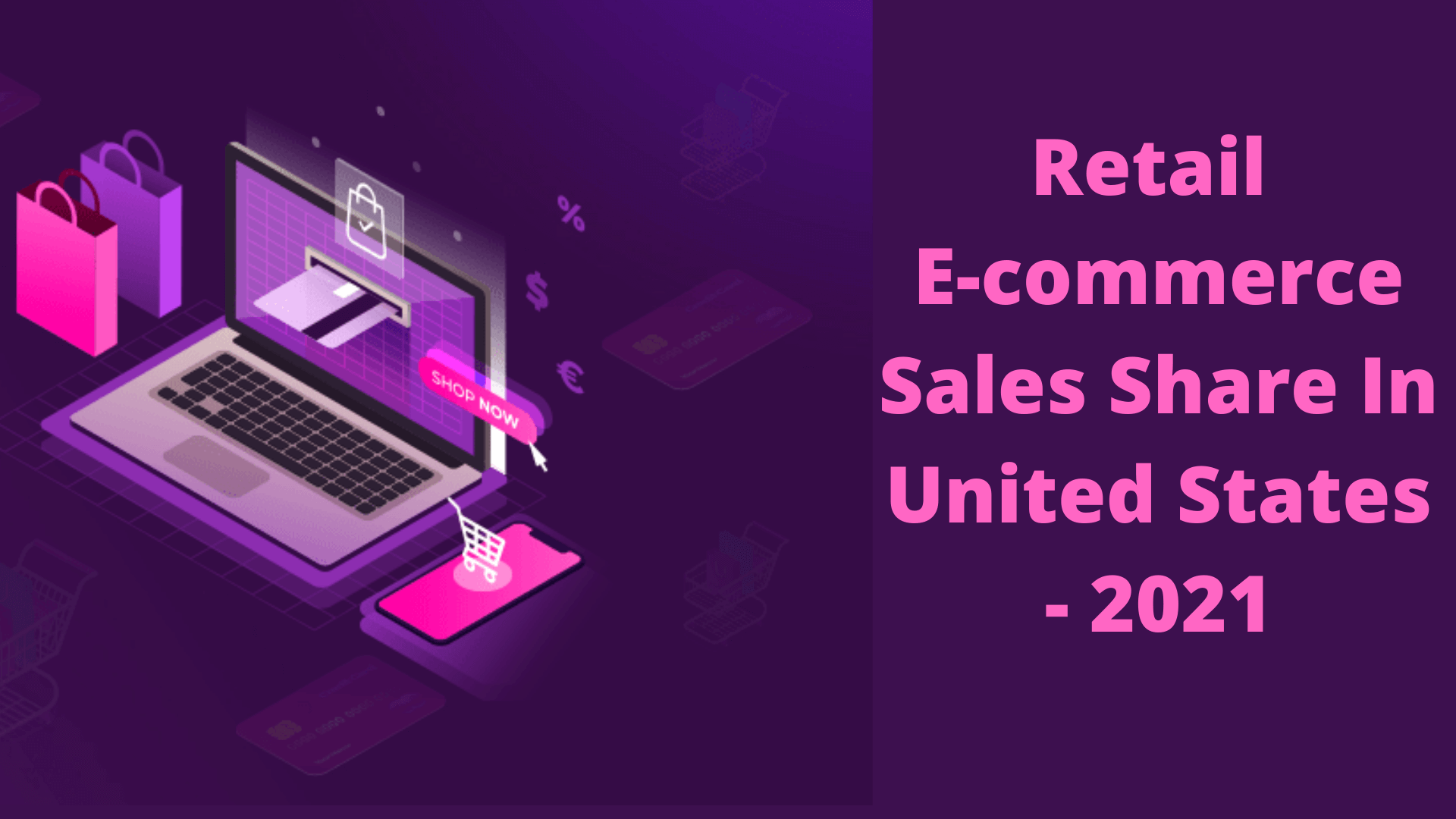 While e-commerce was gaining a lot of traction before the pandemic hit, the period that came after it led to an exponential growth in this sector. Both buyers and sellers were forced to stay confined to their homes, and as a result, eCommerce proved to be just the gateway necessary for continued economic activity. So, as the world awoke to the benefits of eCommerce, the people in the United States somehow seemed to fuel this growth even further.

The Share Of Retail ECommerce In The US Market

The graph has been fairly rocky, considering the onset of the pandemic and the leeway provided to buyers when the effects of the pandemic were less, which is when offline buying saw a boost and there was a subsequent lowering of the online sales. So, how much of a share does retail eCommerce have in the US buying market?

Overall, the share of retail eCommerce in total sales has only been witnessing growth. If we revisit data from the year 2013 and compare it to the current year, that is 2021, then we witness a graph tending to the upward direction. In 2013, real eCommerce had a share of approximately 5.8% in the total sales in this market. In 2014, it moved up to 6.5%, it was 7.3% in 2015, and around 8% in the year 2016. Fast forward to 2021, the figure stands at a whopping 15% of total sales, which is quite an impressive figure. Future predictions estimate only growth in this direction, and according to the projections, 2024 should be witnessing a market share of about 19.2%. All of this can be traced back to the fact that big eCommerce giants such as Amazon and Walmart started in this country, and as a result grew to such large extents partly because they were able to influence the buying habits of the citizens. Moreover, the festivities such as Easter or Thanksgiving, and even Christmas, bring about a huge shopping spree, which causes the whole country to go into a frenzy of buying goods.

The first and second quarters of this year witnessed a massive boom in the sales of retail eCommerce, standing at almost 432 billion dollars. The sales in the second quarter exceeded the value of the first quarter by almost 215 billion US dollars. The third quarter witnessed a slight dip, as the revenue went down to $204.62 billion. This was due to a slowdown in the pandemic, fueling people to leave their homes and shop offline. This also led to a dip in web penetration, but the value is still high when compared to the previous years. During the third quarter of this fiscal year, studies are showing that eCommerce transactions account for 1 in every 6 dollars of retail sales. During the third quarter in the year 2020, the share of eCommerce retail sales in the US market stood at 18.8%, but the year 2021 witnessed only an 18.1% share, which can probably be explained by the fact that last year, the pandemic had a tight grip on the nation and as a result forced a large number of buyers to shift online.

The share of retail eCommerce in the US market is extremely high and is only set to grow in the coming years. The pandemic forced a lot of people to open their eyes to the plethora of advantages that e-commerce offers to consumers, and as a result, gave the market just the push it needed to gain more momentum. As digitization increases, sellers and market researchers are confident that the values will grow at an exponential rate, and projections are predicting a hefty profit in the coming years.