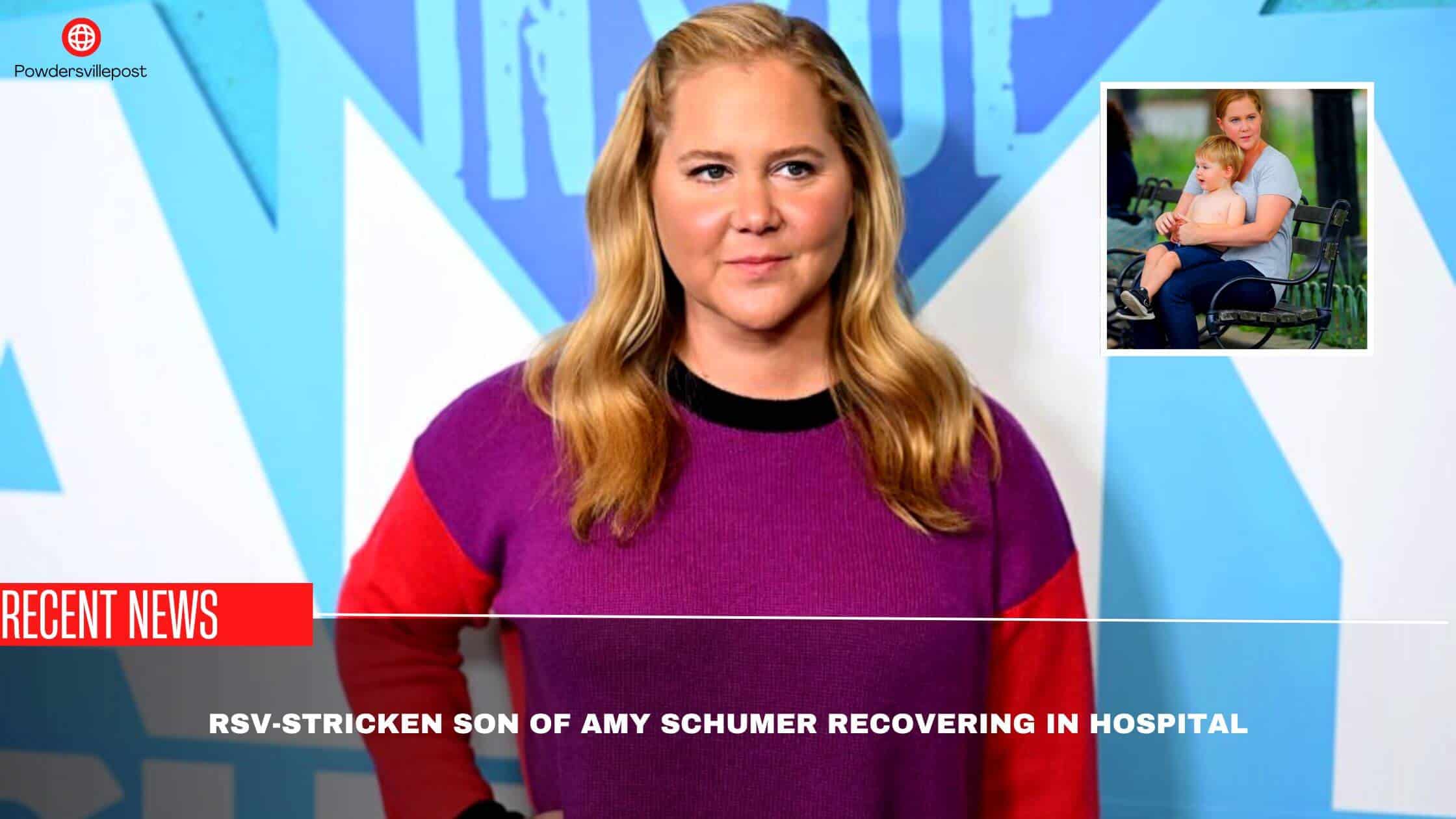 The U.S has been facing an outbreak of the Respiratory Synciatic Virus (RSV) and a lot of infants and children are affected by the virus.

Comedian Amy Schumer’s son Gene (3) was also one among the affected and is currently recovering at home after being admitted to the hospital last Thursday.

She called it the hardest week of her life as he had to be admitted after an emergency room visit.

She had hosted Saturday Night Live on the weekend but was not able to attend the rehearsals on Thursday because of her son’s hospital emergency.

RSV virus shows mild cold-like symptoms in healthy children and adults but in infants and young children, it can develop into more serious conditions as the virus can cause bronchitis and pneumonia. It can even affect elderly people who have pre-existing health conditions and weakened immunity.

According to public health experts, the current surge of RSV is mainly because the kids who could avoid the infection during the lockdown period were exposed to the virus all of a sudden. The safety protocols that were followed during the lockdown are no longer practiced, most of them don’t wear masks, and practice hand hygiene, and social distancing.

All these are possible reasons that the virus had a high infection rate and that too this early in the winter season. Typically, RSV peaks during the time of December- January but now it has come earlier in September-October.

According to the US Centers for Disease Control and Prevention (CDC), RSV is highly contagious and mainly spreads through droplets carried through coughing or sneezing. Reports say that RSV kills about 100,000 children annually around the world and most of these kids belong to poor nations.

In the US, around 58,000 and 80,000 children are hospitalized annually due to the virus and around 6,000 to 10,000 older adults die due to complications developed by the RSV infection. Most of the pediatric hospitals throughout the US are reporting full occupancy due to RSV and flu virus infections.

The RSV virus has no vaccines to date but Pfizer is in the process of developing a new vaccine for pregnant ladies that could provide immunity against complications of RSV for newborns even before their birth. The vaccine is tested and now waiting for FDA approval.

According to the official website of the CDC, the vulnerable groups of RSV infection include premature infants, infants at 6 months or younger, children younger than 2 years, kids with weakened immunities, and kids with neuromuscular disorders like difficulty swallowing or clearing mucus secretions.

The symptoms of RSV infections in infants can be different from the general symptoms. Babies can be seen as irritable, with less activity, loss of appetite, and apnea. For older people, generally above the age of 65 years, RSV can create complications like Asthma, heart failure, Chronic Obstructive Pulmonary Disease (COPD), etc.

CDC also gives some safety recommendations to follow to prevent your children from RSV infections. These instructions should be mainly followed by parents or adults who take care of the children.

The safety instructions include avoiding close contact with sick people, wearing masks when going outside, washing hands often and making kids also do the same, limiting the time spend at childcare centers if there is high RSV activity, keeping your environment hygienic, disinfecting surfaces, avoid touching your face often and stay at home if you are sick.

Currently, a drug called palivizumab is used to treat severe conditions of RSV infections in infants and young children who belong to the high-risk category. This drug can help prevent complications caused by RSV but does not cure kids who already have the infection nor can it prevent RSV infections.