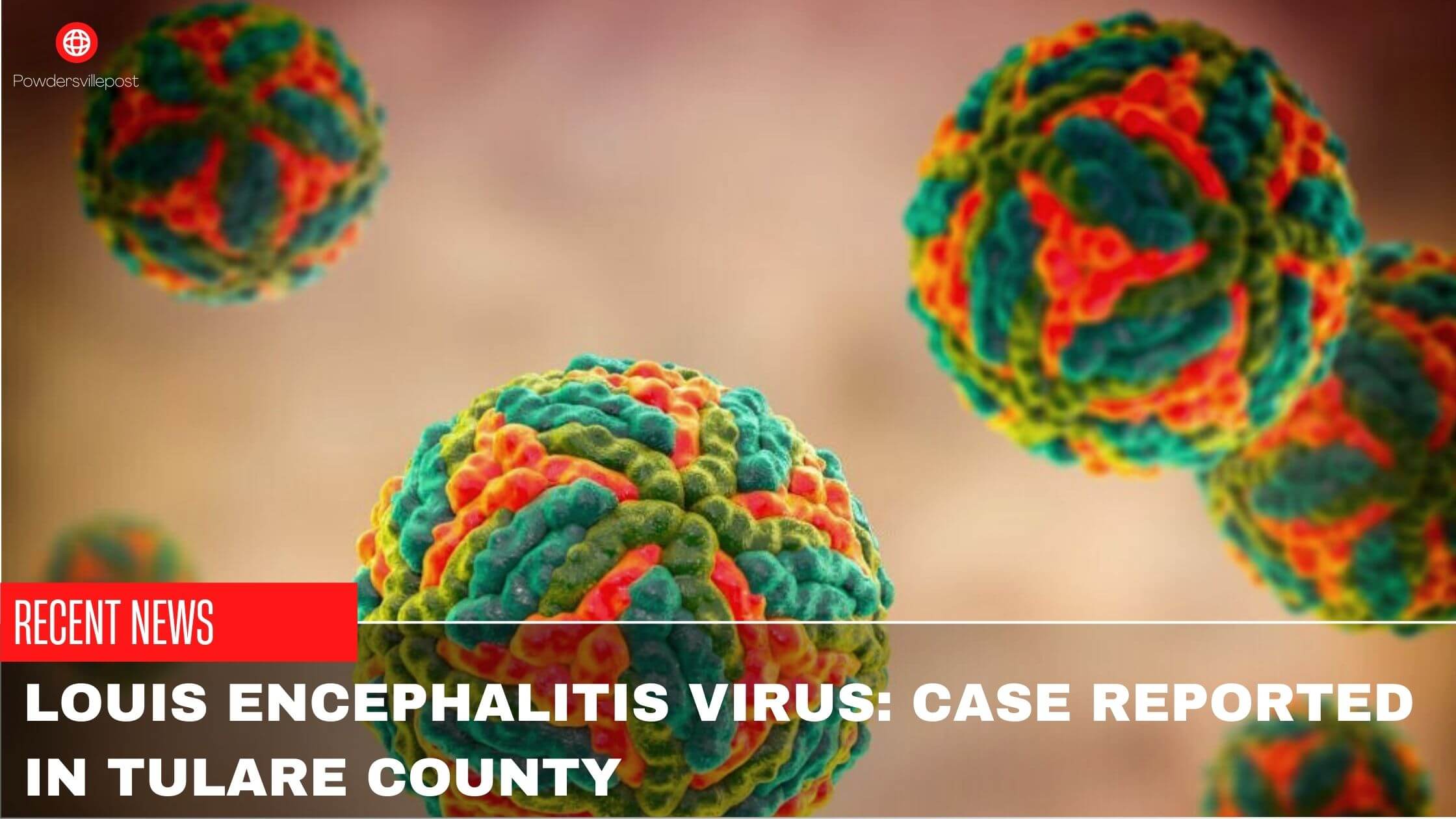 A human case of St. Louis encephalitis, also known as SLEV, has been confirmed in a resident of Tulare County by the Tulare County Public Health Department.

Additionally, this instance provides evidence that the St. Louis Encephalitis Virus (SLEV) is active in the area, which places the general public in danger. Both viruses are spread by the same species of mosquitoes, which further demonstrates their similarity.

According to the Centers for Disease Control and Prevention (CDC), the West Nile Virus cannot be treated with a vaccine or medication, and the virus can only be spread from human to human (via) the bite of an infected mosquito. The majority of persons who have West Nile virus infection will not exhibit any symptoms.

However, between 2 and 14 days after being infected, approximately one out of every five people will get a fever along with other symptoms. Meningitis and/or encephalitis can be the end consequence of a severe case of West Nile Virus infection, which can also lead to death or long-term impairment. West Nile Virus can impact the central nervous system.

Most patients with SLEV infection will have very little or no symptoms at all. From five to fifteen days after being infected, the majority of people experience flu-like symptoms that are very moderate, including fever and headache. A severe case of SLEV, much like a severe case of West Nile Virus, can affect the central nervous system, which can result in meningitis and/or encephalitis, which in turn can end in death or long-term impairment.

Residents are strongly encouraged to heighten their awareness of possible breeding grounds in the areas surrounding their homes.

True Facts About Mosquitoes And The Common Mistakes People Make!

Mosquito Vision Could Help In Hiding From Disease Vectors!

Be on the lookout for empty homes because it’s possible that they have breeding grounds for mosquitoes like swimming pools or backyard ponds. Keep an eye out for these places. It is suggested that residents adopt the following preventative measures to lower their risk of exposure to West Nile Virus and SLEV and to reduce the likelihood that they will be bitten by mosquitoes:

Use an insect repellent that is certified by the EPA, such as DEET. Always make sure to carefully follow the instructions on the label; wear long sleeves and pants at dawn and dusk, as well as in other times and places where mosquitoes are active; Drain any stagnant water that could potentially breed mosquitoes, and screen for doors and windows that are torn or have holes should be repaired or replaced.

Those who come across areas of standing water that could serve as mosquito breeding grounds are encouraged to get in touch with the mosquito control district in their region.

However, there is a vaccine available for horses that can prevent these diseases, and horse owners must have their horses vaccinated every year and keep vaccinations up to date as a preventative measure. Horses are also among the most susceptible animals to becoming infected with the West Nile Virus.