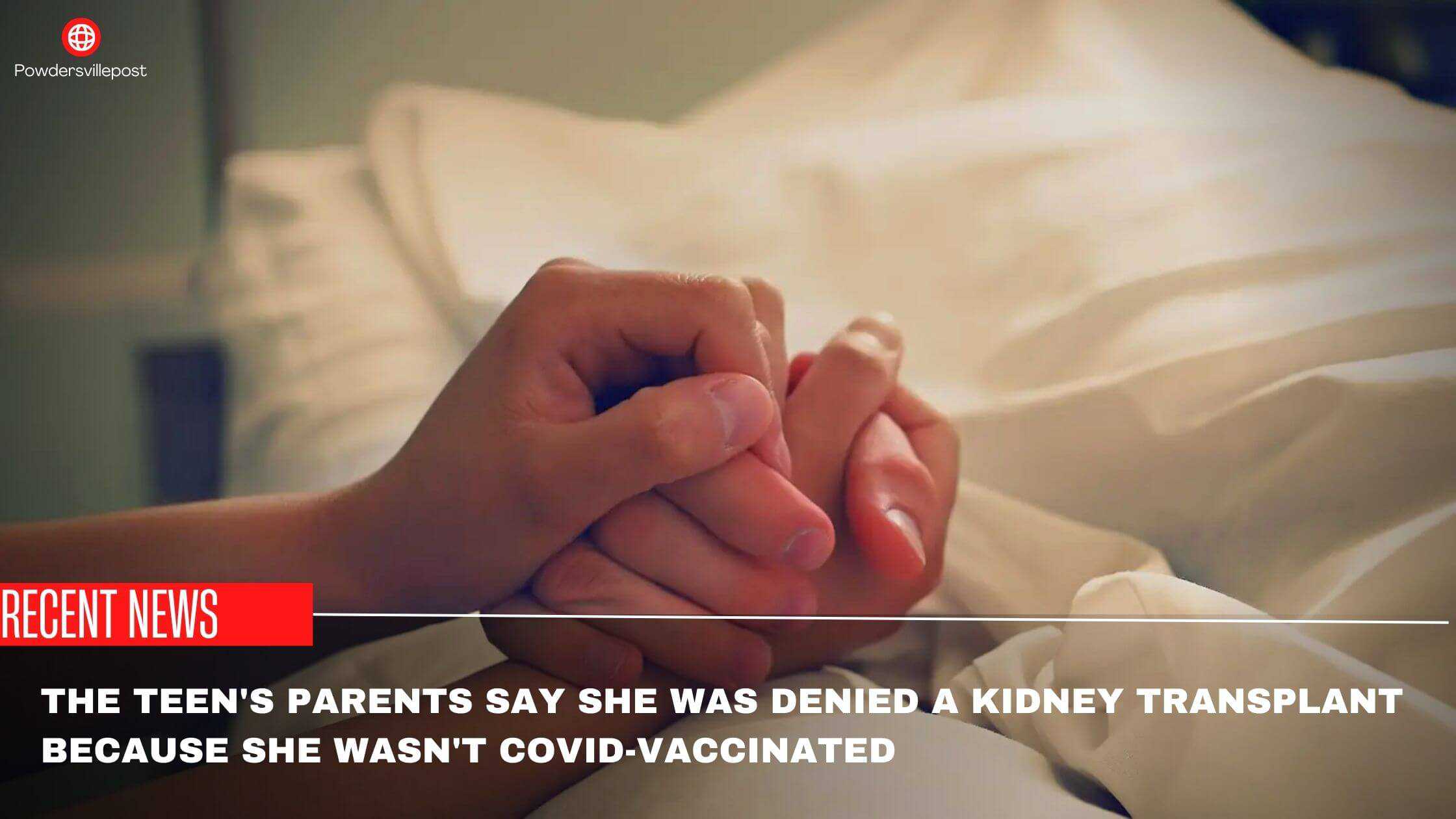 In recent years the Corona Virus disease has been a deadly threat to mankind causing serious lockdowns globally. It’s only just a while since we have recovered from it.

Despite the safety we possess right now were still vulnerable to another outbreak and many countries haven’t gotten over the trauma the virus caused yet. Before the threat and problem, it initiates people’s attitudes towards such circumstances are critical to making the best out of us.

A recent incident in North Carolina reports a teenage girl was denied a Kidney Transplant because she was unvaccinated for COVID-19 prevention. The incident was reported by the girls’ parents to the media in a press conference regarding a discussion.

The 14-year-old Yulia Hicks’s mother Chrissy Hicks opened on the interaction she had with the medical official. Chrissy’s huge heart could be recognized when we know that she has eleven children and three of them are adopted including Yulia who they adopted from Ukraine nearly two years ago.

The Protection Of Natural Immunity

The girl is diagnosed with a rare kidney disease named Senior Loken syndrome which requires a transplant as the health experts suggest. She was unvaccinated and encountered with Covid before and recovered which makes her mom believe is a part of her strong immune and claims she’s protected by natural immunity.

Lee Hicks her father says they have been visiting the hospital since her adoption and weren’t comfortable with the COVID-19 vaccine the officials at the Duke University Hospital at Durham knew this already and still refused they said “The vaccine wasn’t necessary but a recommendation” but they aren’t willing to do the transplant if she’s unvaccinated.

Both Parents have appointed a lawyer on this case to fight against Duke Hospital added the mother. But moreover, they’re interested in someone willing to accept the transplantation regardless of Yulia not taking the vaccine.

Her parents also request a small donation for her treatment because of not have a huge financial backup, they have made a website in her name ‘Yuliagrace.com’ where all the updates and donations are accepted.

Duke university hospitals are one of the best children’s hospitals nationally and specialises in nine major fields according to US news and world report. When they contacted the hospital commented; To protect the privacy of patients the hospital won’t comment on personal cases.

Duke Hospital also added they have been doing organ transplants since 1965 and always did their best. To assuring the best results these precautions are meant to be followed. Many health experts and Hospitals have come up claiming it’s ideal for the patient to be vaccinated before surgery and a few others had different opinions.

🔵 Flint Water Crisis: The Judgment Exonerates The Former Governor Of Michigan From Any Prosecution

Understandably, such concerns of precautions are meant to be done before the surgery for the best outcome for the patient suggested as per the health officials, it’s also important to save a child’s life regardless.

Children are tomorrow’s hope and light so bringing the best out of them and providing them with the necessary things are important. The vaccine is an important factor and must be taken by everyone as a part of prevention despite choice.

Still, it is not a justifiable reason to deny a child’s precious life because of their choice. There are many other ways for things to be done and solved. Despite the fuzz, both parties have their mistakes and righteousness as well. This is not a time for disputes but to save a girl’s life.

People need to focus more on the bright side to give a helping hand.