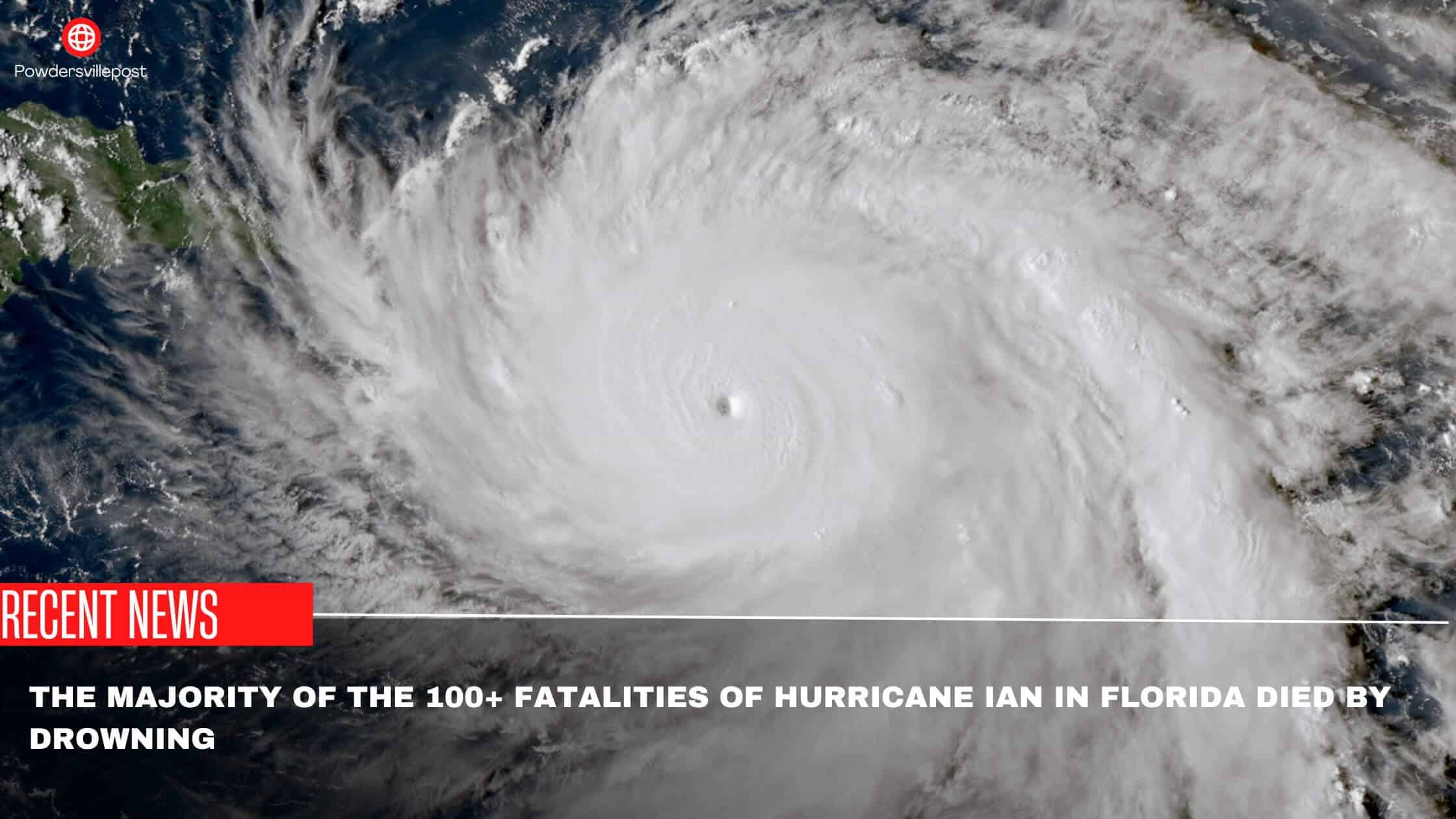 The recent hurricane in Florida has caused a lot of devastation. According to the data collected, more than a hundred people died from Hurricane Ian. It was around 28 September that a strong hurricane like Ian slammed the southwestern coast of Florida. The disaster management department has categorized this natural calamity as Category 4.

It has affected people’s lives and many properties near the coast. The data shows the maximum number of fatalities across Lee County. Being close to the coast, it recorded more than 50 deaths. The medical teams and the Florida Department of medical examination are closely associated to find the most affected areas for initiating the recovery mechanism.

What Are The Updates?

After Lee County, Monroe and Sarasota counties reported around 9 to 10 fatalities. But out of the hundred fatalities, around 60% of the people had lost their lives by drowning. The speed of the storm was calculated to be around 150 mph. The speed was grave enough to have eroded people like particles of sand. The chances of evacuation and survival were very less. The bodies that had been drowned were collected by the members of the department of law enforcement.

The friends and families of these dead people have identified most of the bodies. After the autopsy of the bodies, it was discovered that a maximum of them lost their lives due to the ingress of excessive water inside them. This is nothing but the repetition of history. All the storms and floods reported from 1983 to 2014 recognized water as the most serious killer. Hurricane Ian has also established the same. It does not depend on whether it is a freshwater flood or a mudslide. The havoc caused would be irrespective of the same.

Details of the victims

Apart from the most common cause of death, the pattern of the people who died also displays a sparkling difference. Most of the victims were older than 70 years. Around 25 percent of the people were more than 80 years old. Some people were reportedly above the age of 90 as well. This clearly shows that people of old age are vulnerable to natural calamities. It was even in 2005 when Hurricane Katrina banged the seashores, around 85% of the people who died world above the age of 60. Each of the hurricanes that had the shores displayed the same pattern.

However, this is not without reason. According to the research, many factors contribute to the death of older adults in natural calamities. Factors like limited public transportation, finances, and disability to drive constitute some reasons for their death. Personal factors such as attachment to the spouse and dependence on the medical facilities available at home also determine the possibility of recovery after a calamity.

🔵Hurricanes Becoming More Dangerous According To Study Of Tree Rings

The other reasons that contributed to the existing fatalities, lack of medical care and access to medical facilities, were also leading causes. The transportation had reached a complete standstill after the water got clogged on almost every road.

Even the roads and the bridges collapsed after the inflow of water increased. Due to these reasons, medical care could not reach the victims on time and could not be carried to hospitals. But this proportion of the people is as low as 10%. It cannot be attributed to the inefficiency of the government because the transportation routes were completely blocked. Only a limited number of patients could be tackled with the help of helicopters.

This is one of the essential updates with respect to the damages that are caused due to this natural calamity. It is not easy to recover after a natural calamity hits a country. It is only after a huge time lapse that the negative effects get diminished.