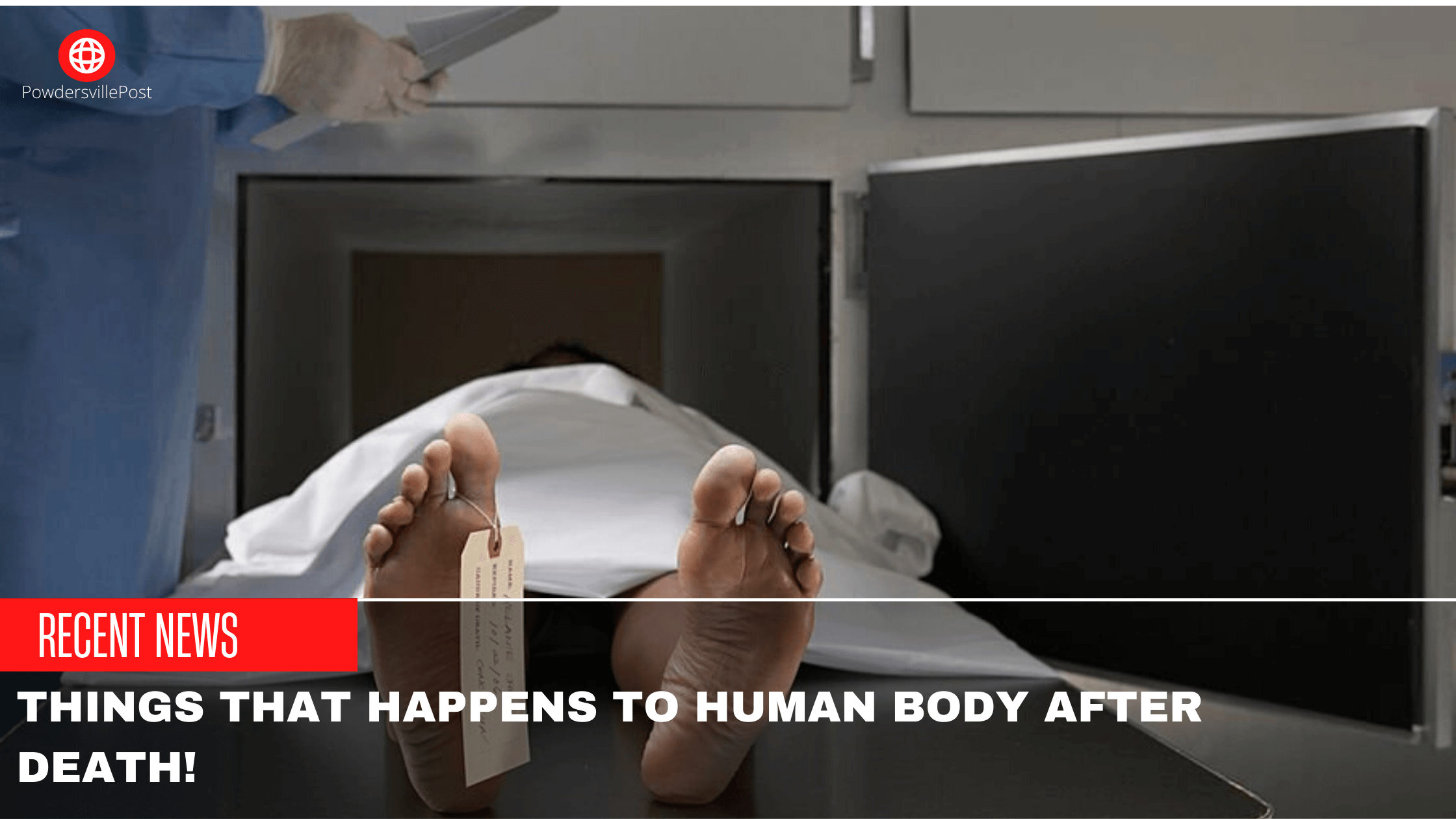 Understanding what tends to happen to a body after death should help to lessen the sense of dread that comes with being aware of our own fatalities.

The Process On Body After Death Is!

Additionally, it may enable us to provide better care for our loved ones even after they have passed away.

The rules of thermodynamics state that energy can only be changed from one form to another and cannot be created or destroyed. In other words, things disintegrate, transforming their mass into energy in the process.

Why Must You Know The process?

One last, macabre heads up that all matter in the universe must abide by these fundamental laws is decomposition. It disassembles us, balances our physical makeup with the environment, and recycles it for use by other living things.

Once A Person Dies:

✔️ After a few minutes, self-digestion sets the stage for decomposition.

✔️ Cells lose oxygen shortly after the heart has stopped pumping, and when poisonous byproducts of chemical processes start to build up inside them, their acidity rises.

✔️ Cell membranes are first broken down by enzymes, which then begin to seep out as the cells decompose.

✔️ This usually begins in the liver, which is rich in enzymes, and the brain, which contains a lot of water.

✔️ However, all other tissues and organs ultimately begin to disintegrate in this manner as well.

✔️ Damaged blood cells begin to seep from burst arteries and settle in capillaries and small veins, discoloring the skin with gravity.

✔️ The body’s temperature begins to fall until it has acclimated to its surroundings.

✔️ Rigour mortis (stiffness) then develops, affecting the muscles of the neck, mouth, and eyelids initially, before extending to the trunk and limbs.

✔️ Actin and myosin are two filamentous proteins found in living things that move past one another, causing muscle cells to contract and relax.

✔️ When a cell dies, its energy source is gone, and the protein’s filaments are fixed in place. As a result, the muscles tighten and the joints lock.

✔️ During these initial stages, the majority of the bacteria in and on the living human body make up the cadaveric ecosystem.

✔️ Huge numbers of bacteria live inside our bodies, and each surface and crevice serves as a home for a unique microbial community.

✔️ When we are alive, the majority of our internal organs are sterile. However, the immune system stops functioning shortly after death, allowing them to freely spread throughout the body.

✔️ This typically starts in the digestive tract, at the intersection of the small and large intestines.

✔️ If left unchecked, our gut microbes start to devour the intestines from the inside out, followed by the tissues around them, using the chemical concoction that pours out of harmed cells as nourishment.

✔️  After that, they enter the lymph nodes and the digestive system’s capillaries, first affecting the liver and spleen before moving on to the heart and brain.

✔️ However, the degree of disintegration varies not only from person to person but also in different human organs. The spleen, gut, stomach, and uterus of a pregnant woman degrade more quickly than the kidney, heart, and bones.

✔️ Later, putrefaction starts once self-digestion has started and germs have begun to exit from the gastrointestinal tract.

✔️ This additional disintegration of soft tissues into gases, liquids, and salts is known as molecular death.

Early phases of decomposition have already begun, but anaerobic bacteria’s involvement causes it to accelerate significantly.

A rotting body becomes totally exposed to its surroundings as it begins to expel its contents. At this point, the cadaveric ecology really shines, serving as a “hub” for scavengers, insects, and bacteria.

A body left outside in the intense dry heat of summer will mummify rather than completely decompose. When the process is finished, the skin will still adhere to the bones because it will swiftly lose all of its moisture.

Overview Of What Happens To The Body:

👉 National Institute On Aging(2020): What To Do After Someone Dies(Available Online) https://www.nia.nih.gov/health/what-do-after-someone-dies