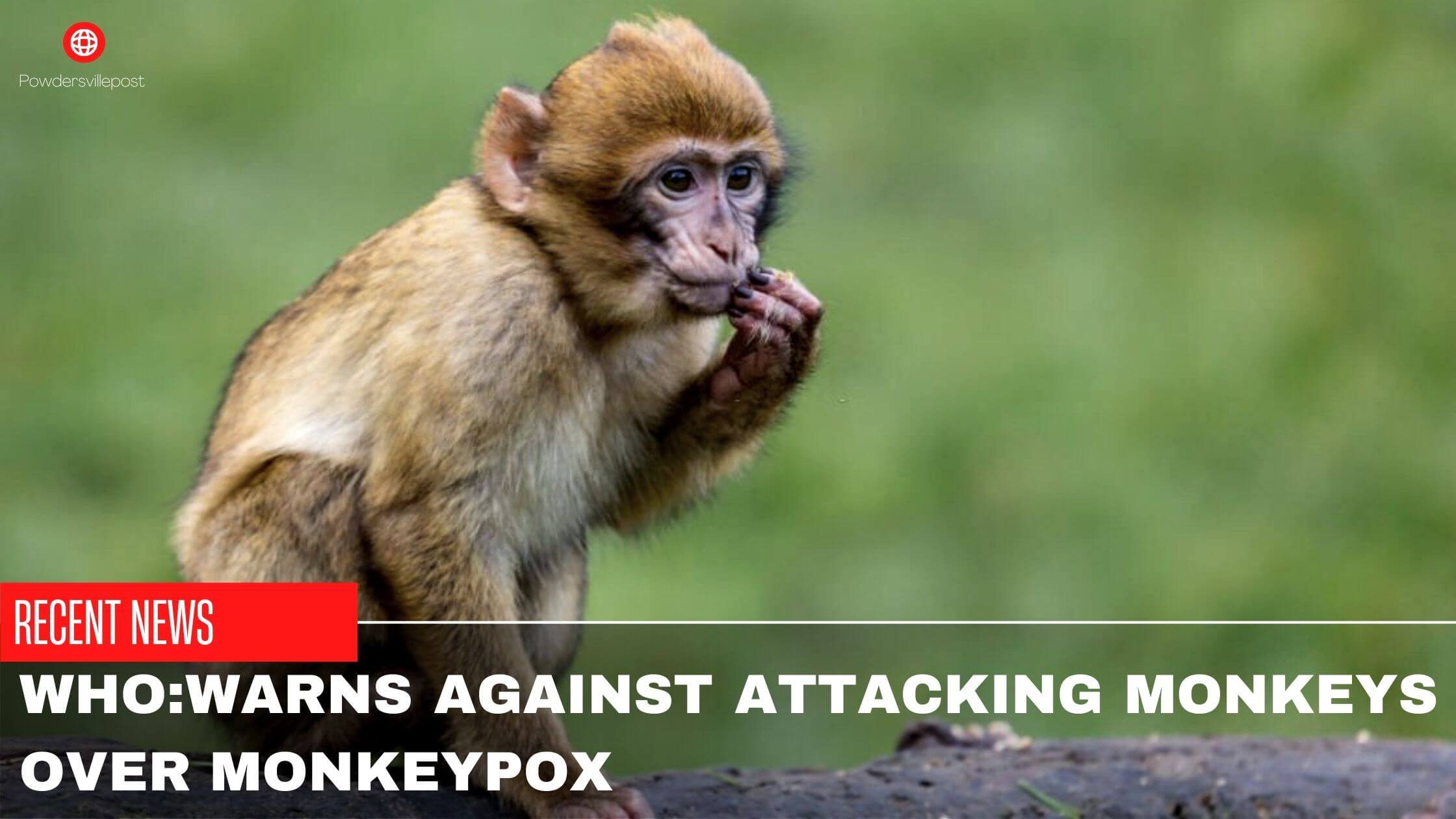 The surge of monkeypox virus reports made the situation a bit difficult for monkeys. The string of attacks, including stoning and poisoning is reported from various regions of the world. A WHO spokesperson Margaret Harris interfered with the topic in a press conference held in Geneva. She clearly states her concern regarding the attacks and survival of the primates.

Monkeys Are Sources Of Monkeypox!

After the outbreak of the Coronavirus and the struggle of humanity, we are really scared of a new virus. The spokesperson of WHO is very clear about this fear and states that it is not monkeys who are the only source of monkeypox. The virus has been reported in many other animals. The reason the virus is called monkeypox is it was reported first in a group of monkeys in Denmark.

According to Harris, ”What people need to know very clearly is the transmission we are seeing is happening between humans to humans – the close contact transmission” She also added that more than 10 monkeys have recently been poisoned in Brazil within 1 week and 7 of them died. WHO is also thinking about changing the name of the disease as it is dangerous for monkeys.

🟢Monkeypox Vs Chickenpox: Want To Know The Difference?

Though primarily reported in monkeys, scientists doubt many animals as the hosts of monkeypox. Rope squirrels, tree squirrels, Gambian pouched rats, dormice, and different species of monkeys there on the list. Details scientific studies need to be conducted to find out the real hosts and the mode of transmission.

How is it get transmitted?

Monkeypox can be transmitted in different ways. It can be from infected animals or infected persons. Being an easily spreading disease we should really know the mode of transmission to be on the safe side. The spreading rate of monkeypox is very high and the time period is too long. A person can spread disease from the beginning of symptoms to complete healing. The virus can be speeded until the infected layer of skin is gone and replaced. It last more than 4 weeks.

🐒Monkeypox transmits very fast when you have direct contact with the patient. The rash, scabs, or body fluids of the patient can be contagious.

🐒The personal stuff of the patient such as fabrics, and bed sheet can also have the virus.

🐒Any type of sex or touching the genitals and respiratory secretions can also spread the virus.

🐒Even hugging, massage and kissing should be restricted with the patient.

🐒Close contact including face-to-face talk can be a reason for the infection.

🐒The fetus can be infected by the mother through the placenta.

🐒A scratch or bite from an infected animal can cause monkeypox.

🐒The meat of infected animals can also have viruses and eating them can be a way of transmission.

🐒The possibility of asymptomatic transmission is also very high.

Is monkeypox a deadly disease?

We cannot call monkeypox a deadly or mortal disease as 90 percent of the patients recover. The disease may go fatal for patients with weak immunity, children under 8, and conceiving or lactating mothers. The Congo Basin type of monkeypox that is identified in the new outbreak is not likely to be fatal for all. The fatality rate is calculated as 10%. Only those who are in the risk category may get it serious or even die.

What are the common symptoms of monkeypox?

Fever, headache, muscle pain and back pain, swollen lymph nodes, breathing difficulty, and rashes that look like pimples are the symptoms, The rashes can be there on the mouth, hands, feet, genitals, or anus. The disease takes one to four weeks for complete healing.

How to prevent it?

You can prevent monkeypox by avoiding close contact with infected animals or people and objects that they used. It is also recommended to wash your hands with soap or sanitize with an alcohol-based sanitizer.