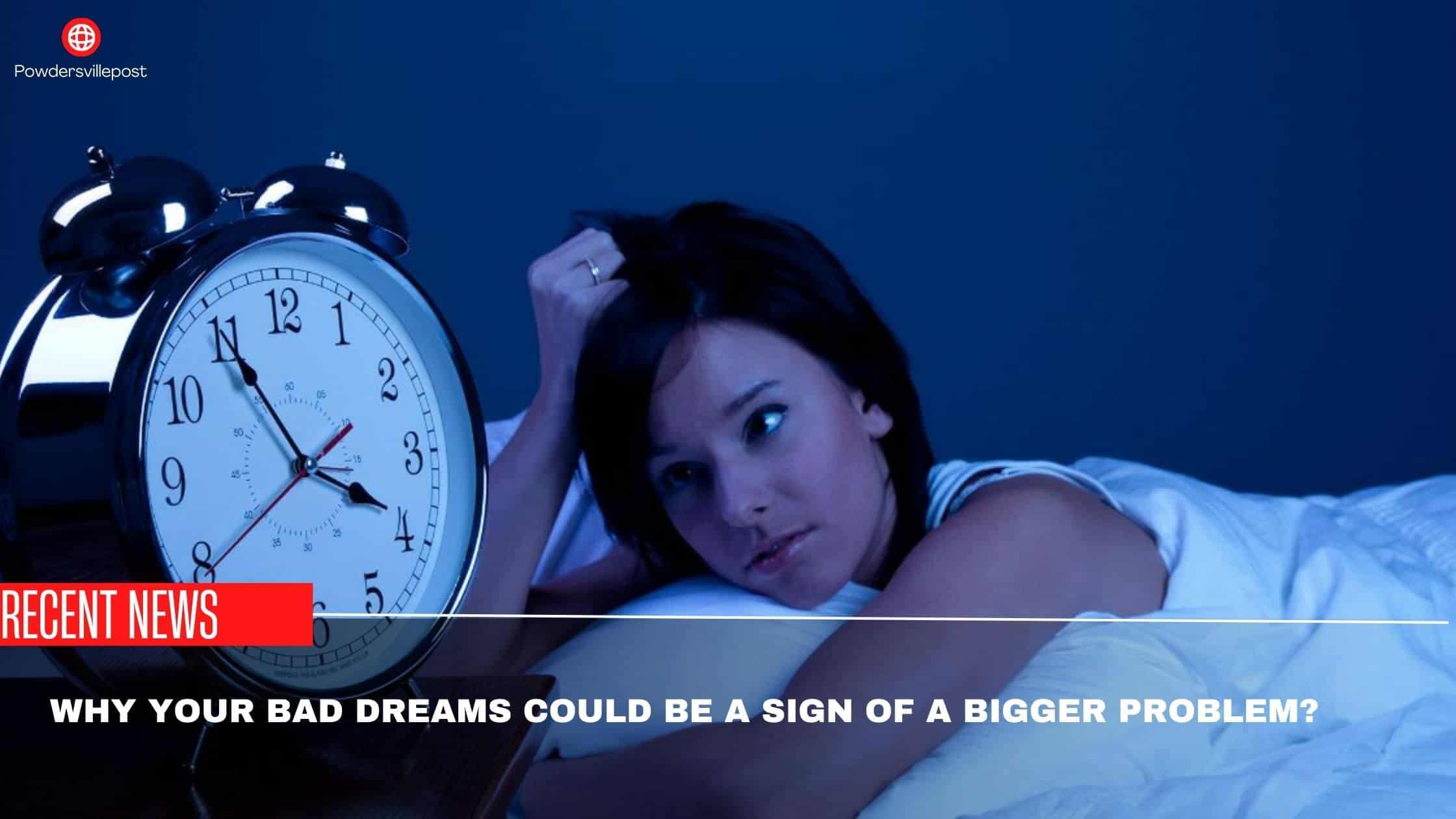 Did you know that if you’re having frequent nightmares, it could be an early warning sign of dementia? According to research published in the Journal of Neurology, Neurosurgery, and Psychiatry, people who experience frequent and terrifying dreams are more likely to develop dementia later in life, compared to those who don’t have regular nightmares.

If you think about it as sleep disorders are already linked with other health problems such as high blood pressure and diabetes this isn’t too surprising at all! If you’re struggling with persistent nightmares, though, what can you do about them?

A nightmare is a dream that causes feelings of intense distress, fear, or terror. The sleeper wakes up in response to the bad dream and may have difficulty returning to sleep for some time.

A nightmare disorder is any condition that features recurrent nightmares occurring at least once per week over the course of six months.

Nightmares are often caused by the sleeper’s subconscious mind releasing thoughts or feelings they can’t deal with during their waking hours.

The science behind nightmares and potential links to serious health problems

Nightmares and other sleep disturbances have been linked to a higher risk of dementia in later life, according to new research from the University of Eastern Finland. The study involved 1,391 people between the ages of 65 and 79 who were followed for about six years.

Researchers found that those who suffered from frequent nightmares had twice the risk of developing dementia.

The researchers also noted that there was no clear link between severe sleep apnea, restless leg syndrome or movement during sleep, and an increased risk for dementia. It is possible that disturbed sleep causes changes in brain activity, said Dr.

Can you avoid them?

It’s unclear exactly why nightmares are linked to dementia, but one possible explanation is that the process of dreaming itself causes high levels of stress in the body, which can lead to inflammation and oxidative damage in the brain.

If you want to avoid having more frequent nightmares, try reducing your stress levels throughout the day by practicing mindfulness exercises. It may also help if you make sure you’re getting enough sleep (aim for seven or eight hours each night).

Make it a point to do something relaxing before bed, like taking a bath or reading your favorite book. And don’t forget to do some regular exercise during the day physical activity has been shown to reduce stress and improve sleep quality!

How can you prevent them from getting worse?

If you’re experiencing frequent nightmares, it’s important to identify the underlying cause. The reason for the nightmare can help determine what steps to take in order to stop them from continuing.

For example, if the nightmares are caused by depression and anxiety, counseling may help. A sleep specialist will be able to recommend other steps that may work better for you. If there is no clear reason for the nightmares, talk therapy can help pinpoint why they keep happening so that they don’t get worse.

How do you cope with them once you have them?

The most common way to cope with nightmares is to wake up and realize it was just a dream. But what do you do if you can’t wake up? If you find yourself in this situation, try to relax. Close your eyes and take slow, deep breaths for about five minutes. This will help lower your heart rate and calm your brain waves.

You might also consider doing some stretches to keep your muscles from tensing up while you sleep. These are two methods that I use when I find myself stuck in the cycle of repeating nightmares day after day. They work well for me, but I’m sure there are many other ways out there too!