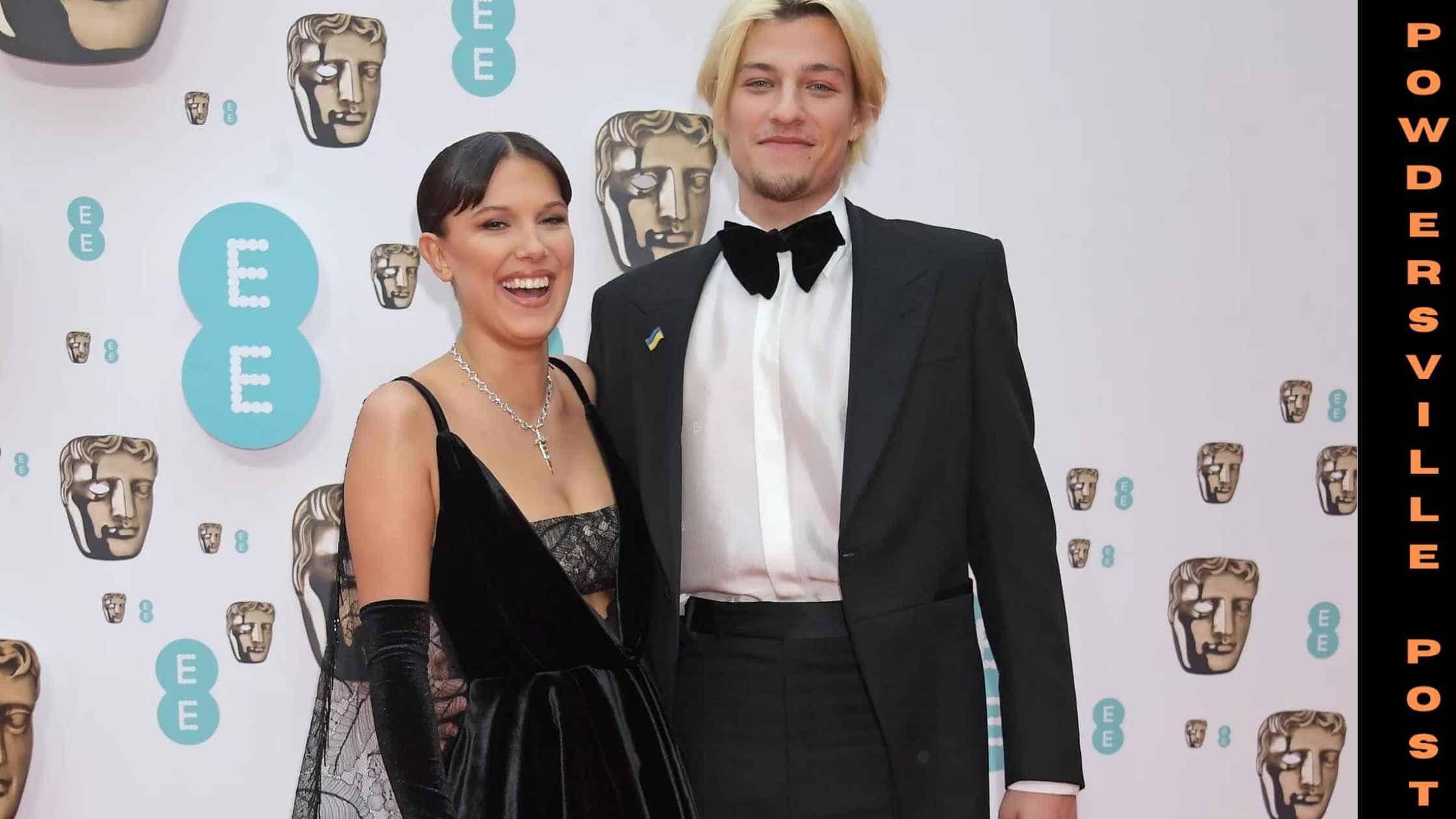 At the British Academy Film Awards (BAFTAs) on Sunday, Millie Bobby Brown and Jake Bongiovi made their red carpet debut as a pair.

The duo matched in black and white on the red carpet at London’s Royal Albert Hall, with the Stranger Things star choosing a custom black velvet gown by Louis Vuitton with a lace overlay and a dramatic fringe.

In support of Ukraine, Jake put a blue and yellow pin on his collar, and he wore a traditional black suit with a bow tie.

Who is Millie Bobby Brown?

Millie Bobby Brown is a model and actress from the United Kingdom. Brown was named a UNICEF Goodwill Ambassador in 2018, making her the world’s youngest individual to do so.

Brown was born on February 19, 2004, in Marbella, Spain, to English couple Kelly and Robert Brown, the third of four children. She was born deaf in one ear and eventually lost all hearing in that ear over the course of several years.

When she was four years old, she returned to England with her family, living in Bournemouth; when she was eight, the family relocated to Orlando, Florida.

Brown gained fame after a number of guest performances on television, most notably as Eleven in the Netflix sci-fi drama series Stranger Things (2016–present). For this role, she received Outstanding Supporting Actress nominations in Emmy Award in a Drama Series.

Brown made her debut in the film, Godzilla: King of Monsters (2019), reprising her part in the sequel Godzilla vs. Kong (2021). She also performed in and produced Enola Holmes, a Netflix mystery film (2020).

Who is Jake Bongiovi?

Jake Bongiovi was born on 7th May 2002, is 19 years old. Jake was born to Jacob Hurley Bongiovi, who is one of the rocker Jon Bon Jovi’s four children with his wife of 33 years, Dorothea. Romeo, 17, Jesse, 26, and Stephanie, 28, are his three siblings.

The boy was a football player at Poly Prep Country Day School in Brooklyn, New York. On Jake’s Instagram page he promotes himself as an actor, despite having no acting role to his name.

According to the reports, Jake is one of the players of the college football team at Syracuse University in New York, according to reports.

The exact duration of their relationship is uncertain, however, rumors of a relationship first appeared in April 2021. A common pal is thought to have introduced them. They became Instagram-official in June 2021, when Jake posted a photo of Millie on his feed.

Brown posted a series of Instagram photographs from her Barbie-themed birthday celebration earlier this month. The Enola Holmes actor uploaded a snapshot with Bongiovi dressed up as the legendary doll and her leading man for the occasion, captioned “Hey Ken.”

Millie previously had romantic relationships with rugby players Joseph Robinson and Jacob Sartorius. Fans also speculated if she and her Enola Holmes co-star Louis Partridge were more than friends.