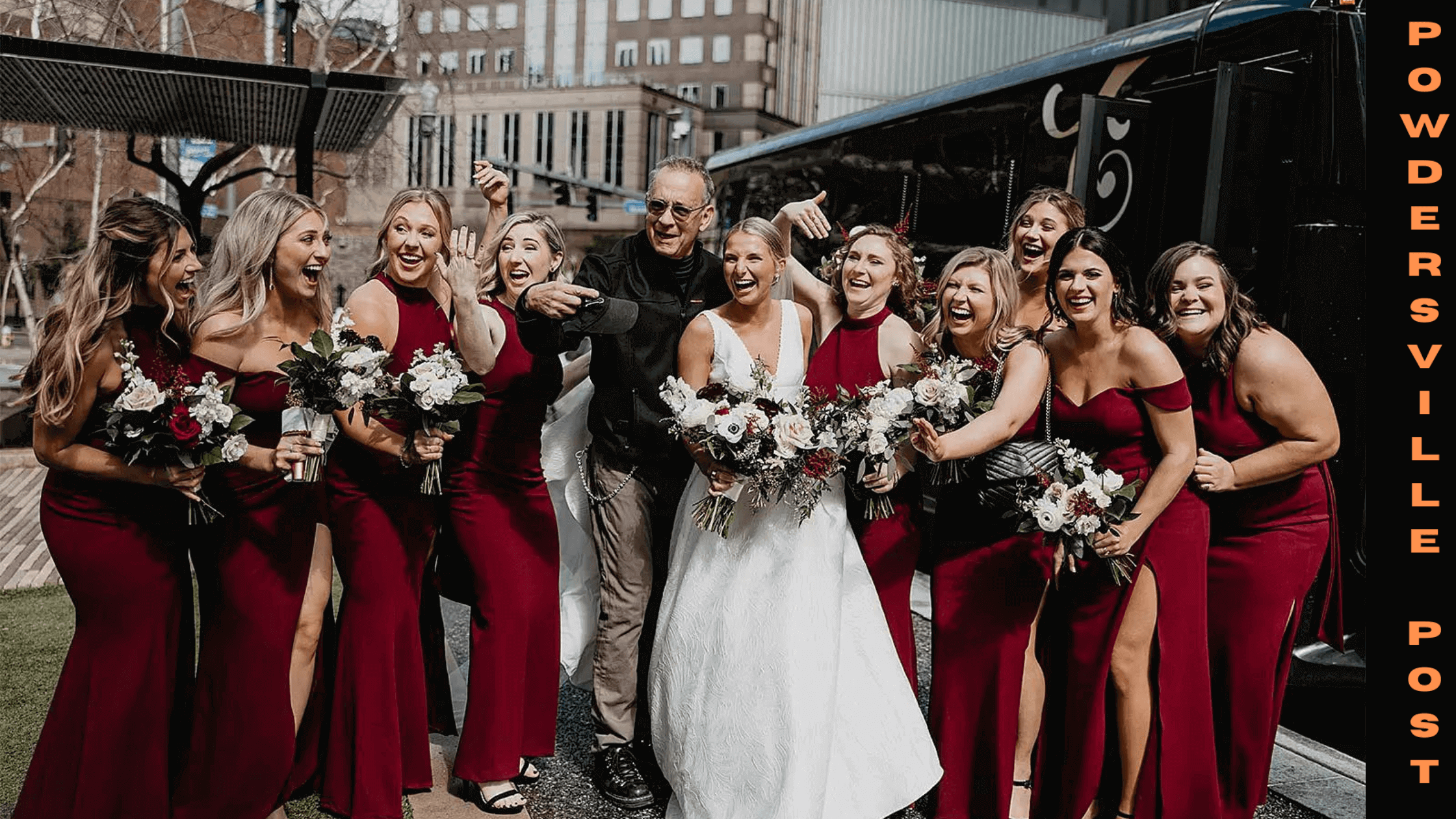 A Pittsburgh couple received a wedding day gift from Tom Hanks that they will never forget. Luke and Grace Gwaltney married in Carnegie Music Hall in Oakland, Pittsburgh, on Saturday, March 19.

Grace and her bridal party decided to take photos at the Fairmont Pittsburgh before their I do’s. The two-time Academy Award winner arrived and requested a photo with the bride.

In an interview, they were heading from the hotel to the limo, said wedding photographer Rachel Rowland. And then he appears out of nowhere and says, “Hi, my name is Tom Hanks!” Is it okay if he takes a picture with the bride? They all began shouting and were in a state of shock.

The bride and her friends immediately left the limo to pose for a photo with Hanks. Rowland noted Tom was precisely as unique and charming as you’d expect. Rita [Wilson], his wife, was also present and took some shots.

We were all just standing there with our jaws on the floor as Hanks and Wilson left the scene, wishing the bride well in her marriage.

Rowland recounted the story of her star meeting on Instagram. She showed a series of photos of the Gwaltneys and ended the slide show with a group portrait with the 65-year-old actor.

She wrote in the tagline that, she did want to claim that a picture bomb from Tom Hanks was the highlight of the day, but that would be a lie. (I mean no disrespect to the GOAT.)

Gwaltney and her bridal party weren’t the only ones who were caught off guard. Hanks is currently filming a new movie called A Man Called Otto in Pittsburgh. A 35-year-old mom, Ashley Glass, was taken aback when filming began in her neighborhood.

One of Glass’ five children, Charles was particularly fascinated by the action. He is an enormous enthusiast of cars and trucks. Therefore, he enjoyed watching them assemble on neighboring merchant Street through a window. During filming pauses, he was also amused by people throwing a football about him.

Mother and son watched Hollywood happen before their eyes when they were greeted with a significant surprise. Tom Hanks recognized them, strolled up to the Glasses’ house, and waved enthusiastically.

Oh, my God, Tom is walking over here! Ashely exclaimed. According to Mrs. Glass, she rushed up and grabbed her phone. Tom approached them and began conversing with mother and son. She was impressed by the superstar. She had no idea what to say.

Glass admires Tom Hanks’ performances in films such as Castaway, Big, and Forrest Gump. The nearest she had ever approached to a movie shoot in the Pittsburgh region was when the A Man Called Otto set up a base directly next door.

Mr. Glass told her before leaving for the office that day. It would be amazing if they could catch a peek of Tom Hanks on production. Glass claimed they noticed Hanks about 15 or 20 minutes after he left. Mother and son ended up having that excellent encounter with him.

According to her, Hanks reportedly inquired about Charles’ age and invited them to attend the film when it was released.